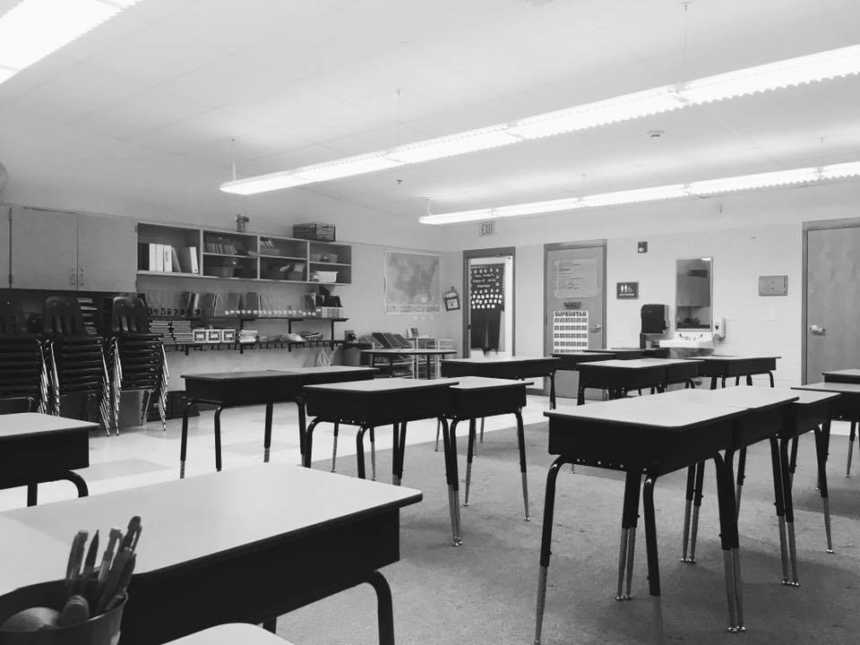 After a brutal few weeks of state testing, finally ALL of my students have finished. We can go back to teaching and learning as normal. My students are blissfully unaware that their tests have been shipped out of state somewhere to be graded by people who have never taught a day in their lives. In a few months, our scores will come back. They will be plastered in all of the newspapers for the citizens of Greeley to dissect and criticize. In their eyes I will either be a hero to celebrate or just another bad teacher to complain about. The scores will show whether I taught them what they needed to learn. I had an entire year, right?

For many students in my class, it will. I will get much needed feedback on how I taught certain standards, and changes I may need to make next year. For many of my students, I will feel such pride to see how far they’ve come. And unfortunately for some, I will wonder what went wrong. However, here are some things that those scores WON’T show.

They won’t show the new Somalian refugee student (knowing very little English) that I was given 5 minutes before testing. “Hi, I’m your teacher, Mrs. Lamar. Welcome to my class! Here’s your computer because we will be testing all week.”

They won’t show that one of my student’s father just went to jail for beating someone to a pulp right in front of him. He is so angry about it that he threw rocks at houses and was sent to juvenile detention for two days.

They won’t show the two students with bags under their eyes because their parents were up fighting all night, AGAIN.

They won’t show the few students who were so ill they were crying, but their parents sent them to school anyways because they don’t have childcare.

They won’t show the student whose mom is in the hospital in Denver yet again. She is so sick with anxiety that her mom is going to die that she can think of nothing else.

They won’t show the student who fell asleep twice during the first test because he was up all night coughing and his new asthma meds haven’t come in yet.

They won’t show the student who had to walk his baby brother to his grandma’s house the night before because his dad was beating his mom up again.

They won’t show the students who had no food at home so they came to school starving. The only nourishment they got before the test came from a small muffin.

They won’t show the internal struggle of my seven students on IEPs (special education). The students with diagnosed learning disabilities who feel so much success during the year when they are working at a level they can access. However, we hand them a test that they ‘should’ be able to do because they’re in 4th grade darnit! and we crush their spirits. All of a sudden the advances they made this year are not good enough because ‘look what all the other kids can do!’

They won’t show that 3/4 of my class come from non-English speaking homes. Most of them will be unable to correctly answer the meaning to obscure English phrases such as, ‘She wears her heart on her sleeve.’ However, they are able to translate beautifully for their parents at the grocery store or to make sure their siblings are seen for the correct illnesses at the doctor.

They won’t show the fact that almost all of my students learned how to multiply 257 x 35. However, when you ask it in a half page word problem with four other numbers that they don’t actually need, they failed. They got so lost trying to dissect the English language that they gave up and just picked two numbers to add.

They won’t show that my classroom is comprised of 21 boys and 7 girls. Asking young, energetic boys to sit silently for 4 hours a day for a week is like pure torture for them.

As for me, I’ll just continue to do what I do every day; teaching and loving my students the best that I know how. Maybe someday we will wake up and realize a single test score doesn’t show the entire picture. Until then…

This story was submitted to Love What Matters by Kelsey LaMar. Visit more of her work here. Submit your story here, and subscribe to our best love stories here.