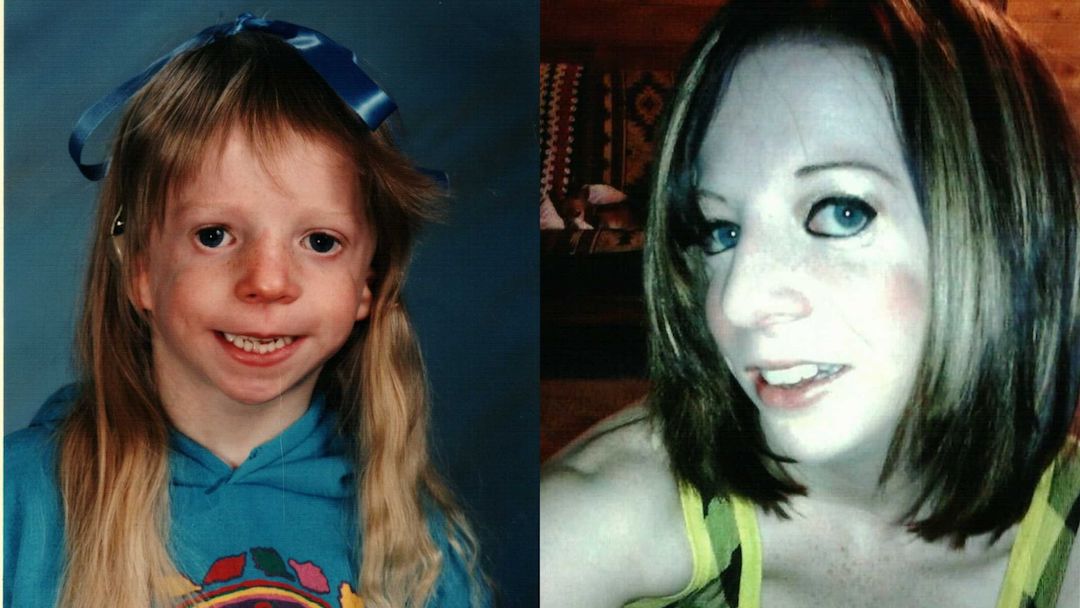 Growing Up With Treacher Collins Syndrome

“I devoted myself to God during my childhood, hoping he would respond to my unanswered prayers. I prayed despite being born with Treacher Collins Syndrome, I would be spared by my family and peers. Instead, people socially rejected me because of the extensive disfigurement to my face and skull. Because of my facial differences, I was benched and pushed to the side.

Some of the most memorable moments in my childhood were the exhausting 8-hour trips to and from the team of craniofacial doctors, followed by painfully invasive reconstructive plastic surgeries. My parents hoped these procedures would make me look more ‘normal.’ I couldn’t read between the lines, so I followed them instead. I too, longed to feel and look ‘normal’ like the women who inspired me in the beauty magazines.

My hopes and imaginations steered far from the realities I dealt with. Daily, I was called ugly, deformed, weird, stupid, and worthless.

When I was about 11, a gang of kids viciously attacked me in the woods; thankfully, I escaped without harm. I was often cornered and assaulted during and after school. Older students tried to run me over during my walks home, and balloons filled with dirt and trash were thrown at me.

My locker was filled with the most hateful notes and bits of trash. I had knotted hair filled with spitballs I had to brush out. One time a boy pretended to like me, used me to help with his homework, then publicly rejected me as his prom date by trash-canning me, taking a girl I thought was my friend.

The joy she got from that experience killed me inside. I’ll never understand why she took pleasure in bearing witness to the pain it caused me. It was the ultimate betrayal and scarred me for life.

My saving grace was being born deaf and having the ability to simply turn the volume off when dealing with hateful and unkind words. As I walked through the hallways, the only thing I could not hear or anticipate was being grabbed and trash canned. It became my bullies’ all time favorite thing to do to me.

Being trash canned was the most degrading thing I had ever experienced regularly. I did my best to hide away in a place of sanity during breaks. I would eat cold and bland school sandwiches soaked with my tears in the bathroom stall.

I couldn’t understand why I was so unlovable. I thought of suicide often, which landed me in various mental hospitals and juvenile hall when I was 13.

The turmoil of the heart pulls an innate understanding of what love, compassion, and kindness should look like. Reality is far from it. I felt inferior to my peers and family. The seething darkness was out to consume me, and those good things I prayed for I felt would never come to light.

Ultimately I lost my faith in God, and I walked the earth as a damaged human being, causing more damage to those around me. I did my best to live through the adversities rather than be defined by them, but I festered into a bitter, angry, and guarded person. These feelings followed me into adulthood.

They say, ‘Tie yourself to the mast, and the storm will end.’ I did just that by accepting and loving my abusers because I had no one else. I didn’t believe I deserved any better.

The raw intensity of feeling unloved will never match any safe boundaries. Pushing yourself into the depths of abuse just to feel a sense of love is all but too familiar for people born with disabilities. Latching onto unhealthy forms of relationships is often more fulfilling than being alone.

Before you know it, supercharged emotions, twisted logic, and clouded perspectives become all we know. We gaslight ourselves into the arms of Stockholm syndrome just to find a sense of love and normalcy.

I escaped the judgments and abuses by writing in my journals, trying my best to keep faith I would find happiness. I thought people could hurt me, but they could never take away my thoughts and words.

I often wrote that my bullies would rue the day they harmed me; the joke would be on them. I fantasized about being happily married and successful, and they’d be the losers. Maybe it’s true our thoughts do surface into reality eventually.

The last time I was trash canned, that very day, I dropped out of high school to work for an attorney. I was only 16 years old. I decided to work hard by building toward a promising career.

I enrolled in home studies and graduated from high school at 19. Shortly after, I dropped out of college because the same maltreatment and discrimination I had escaped resurfaced.

Not long later, I met the love of my life; today, we have been married for 17 years. He loved, accepted, and even encouraged me to try school again. I realized the man I wrote about in my journals suddenly surfaced into my reality.

Looking To The Bright Future

While passionate about becoming educated, I realized that on-ground school was not for me, and I became immersed in online higher education platforms. Behind a computer screen, I felt safe and accepted to become the person I aspired to be.

Today, I hold five college degrees while pursuing a Ph.D. in Business and Marketing. Next year, I will begin Law School at Purdue Global University to further advocate for students and people with disabilities. I also own and operate two successful corporations, including a nonprofit organization known as the Assuaged Foundation.

My message to all those who feel lost and doomed in the storm: Untie yourself from that mast and start living to the best of your ability. You are burdened with these painful experiences as a lesson you deserve better. No matter how sad life feels, the only way out is your ambition and drive.

Always do your best to combat the negatives with positives. View yourself in the highest light regardless of the judgments. Do not mind who does not matter.

Write out the pains, the hurts, and the things you want for yourself. Go batting to hell with your words to accomplish them into your existence for the big win. I have faith in you, and so should you. Love your life and love what matters.”

This article was submitted to Love What Matters by Cynthia Cherise Murphy of Green Valley Lake, CA. You can follow her on Instagram and Tik Tok. Join the Love What Matters family and subscribe to our newsletter.

‘I told myself, ‘It won’t last forever.’ I was self-conscious about my looks. It was holding me back.’: Woman with Treacher Collins Syndrome says ‘I choose to feel nothing but empowered’