“I have never been angrier or cried more than what happened to me last night. Last night I took both boys to AMC theater in Lake in the Hills to watch Dumbo the movie. My son Kristopher has been asking for the past few weeks to go see this movie. What one may not know is it is a huge feat for me to be able to accomplish this task. It is not easy with my son’s Jonathan’s oxygen, feeding bag, and just carrying him to be able to go and do this.

At one point during the movie Jonathan yelled out in his giggle twice not more than 20 seconds each and giggled. This happened when Dumbo sucked in the feather to fly. He was loving the movie! Needless to say, 10 minutes later I had a woman who probably was a manager come to where we sat and told me there was a noise complaint of a baby crying.

I looked at her and said, ‘He did not cry, he giggled twice.’

I was told I immediately had to pack up to leave.

I was mortified never in my life have I ever been kicked out of anything especially if I had done nothing wrong. I was at the top back of the theater to try and stay out of anyone’s way so that is a major haul to get to. I was not moving fast enough because she wanted to expedite me because I had to stand up and pack Jonathan up and get all his equipment. Mind you it took me two trips to get up there. When we exited the movie, I was so angry I cried, and I don’t think I have cried so hard in a very long time.

I looked at the woman and said to her, ‘Are you kidding me? He did absolutely nothing but laugh twice in a kid’s movie.’

Then she says, ‘Well, can you come another day to see it?’

I looked at her and told her, ‘I work full time. Do you realize what an achievement it is for me to be able to take my boys to go see this? It is really hard for me. I don’t understand why I am being kicked out. Someone’s cell phone was going off for over a minute, someone else was holding their phone up with their light on to video record the movie someone else was talking and I am being kicked out? Are you serious? ‘

Then she looked and apologized maybe you could go and see ‘Missing Link?’ I looked at her and said, ‘Are you joking’ We go and see another movie and what is to say you will not kick me out of that one? Then she says, ‘Well we can put you back in Dumbo?’  What?

‘You can sit in the front row.’

I looked at her and said, ‘So do you realize what my son’s challenge is? He can’t bend his neck forward or turn his head because he has cervical spine issues. That is the most uncomfortable spot for him.’

‘Well, maybe you could sit over to the side?’

I was so upset did not think of it at the time because I was crying, and people were staring at me.

She then offers to give me free refills on my popcorn and drinks. Like I am really hungry now seriously. I can give you back your money for everything. Then when I go to get my money back. Really mam how about seeing the 9:45 movie of ‘Missing Link?

I looked at her and said, ‘I have to small kids; I am in no frame of mind to see another movie and I don’t want to re-experience what I just had happen.’

Then she looks at me and says, ‘Can I give your son a toy from our display?’

Let’s placate the kid who just missed out on something he was enjoying and earned. So yeah, he got a toy. Then she gave me movie vouchers and her name and phone number and email so she can make this right and help me to see a movie again when it will work better.

Jonathan is the sweetest child does not have a mean bone in his body. I am so sad and angry because somebody can be that cruel and get a child kicked out for something that was not warranted and no verification. Kristopher looked at me and said, ‘Mom why did we have to leave?’

How do you explain that to your son that you just experienced inappropriate treatment and frankly were discriminated against? How do you tell him that sometimes people are just plain awful and shame on them?

I don’t know if I will ever feel like I could go to the movies again because I won’t be able to enjoy myself if my son laughs that I might get kicked out. He has seen so many movies with me and we have never had a problem. So sorry buddy.”

This story was written by Jennifer Flury Daly. The article originally appeared here. Submit your own story here, and be sure to subscribe to our free email newsletter for our best stories.

‘My girl looked at us, tears in her eyes. ‘I don’t get a baby brudder?’ My heart shattered.’: Mom details ‘adoption roller coaster’ in the wake of father’s tragic death

“She’s chosen you!’ My husband and I sat outside the room and stared at each other, about to open a door that’d change the rest of our lives. We took each other by the hand, flashed timid smiles. As we entered, I could feel that something was off. I could see cars driving, people walking, life moving by. As for me, time seemed to stand still.” 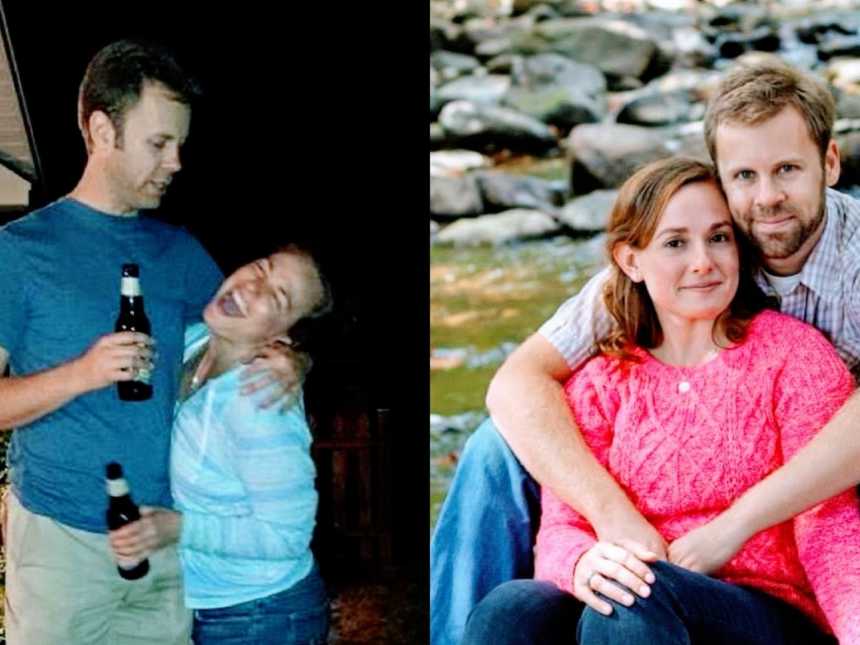 ‘How do I know if I’m an alcoholic?’ I got blackout drunk and kissed a total stranger.’: Woman thanks husband for supporting her sobriety journey

“I had a bad concussion, a sprained neck, a separated shoulder, and a few burns and bruises. I was alive. No one knew the truth. I was invincible, and I kept drinking.”