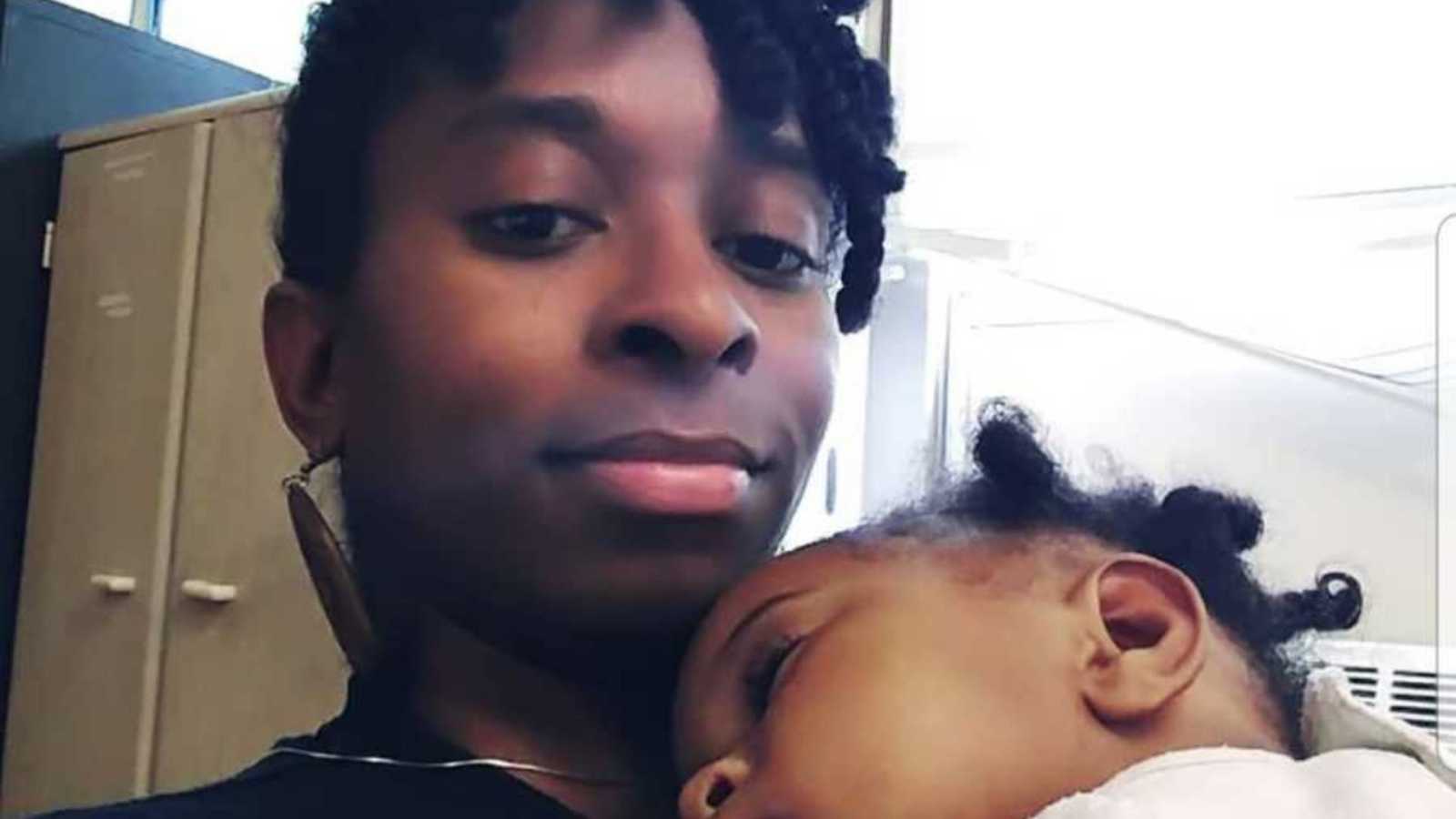 My husband and I met in college. We started off as best friends and that friendship blossomed into love. We dated for three years, then in August of 2007, we finally tied the knot. In 2010 we welcomed our first child, Vale, and in 2014 our second son, Tacari, arrived. Those were some of the happiest years of my life.

Then January 14, 2015, arrived and my happy life took a turn for the worst. My husband had retreated to our room while I was getting the boys ready for bed. Once everyone was settled, he called me into the room so we could talk. I’ll never forget what happened next.

‘I cheated on you with a woman I met at the gym 2 years ago. She has a daughter, and I’m her father. She’ll be 1-year-old in a few days,’ he said. He continued to tell me they had only slept together twice and that was it. Shortly afterward, she contacted him and told him she was pregnant.

I was in utter shock and disbelief. My mind was blank. My heart was like a dead weight in my chest. How could he? Why would he? How was this even possible? We are both Christians and leaders in our church. How could this have possibly happened?!

‘Say something,’ he said. All I remember is saying something about the boys going to her birthday party to meet their sister. I was a total wreck mentally, I got out of the bed and walked to the hallway. I thought I was going to pass out, so I leaned against the ironing board. He followed me into the hallway. ‘Did she know you were married?,’ I asked.

Yes, she did, and according to him, she made the first move. I quickly made my way to the bathroom to take a shower. I tried to fight back the urge to scream out my anguish. Instead, I found myself singing a familiar song from church as the water poured over my body.

Like any good, wounded wife would do, I hacked into his Facebook account and emails, hoping to find a glimpse of the mystery woman and her child. I even downloaded the cell phone bill to see if I could find her number. No luck. I finally decided to start an Instagram account and it was there I found the information I was searching for.

There were a lot of likes from a strange woman on his pictures whom I didn’t know. Of course, she didn’t like the pictures with me in them. I clicked on her name and there on the screen was the image of the woman and her child. My heart was broken anew, shattering even more of the already tattered pieces of my broken heart.

I went outside and laid in the snow. I wished for death. I prayed for death. Lord, let one of these tree branches fall on me and kill me. That’ll show them. Good thing God doesn’t answer all of our prayers.

Throughout the following weeks, I found myself suffering from anxiety and panic attacks. I cried often and frequently. It was like someone had died. And something had died, the illusion of my happy marriage and family had been dashed to pieces.

And in the midst of my sorrow, I had to make some tough choices. Would I stay or would I go? Was I willing to uproot my sons from the only life they had ever known? If I stayed, would I be willing to be a part of this little girl’s life, even though it would cause me great pain?

It took a lot of praying and soul searching, but in the end, I decided to stay and to be a part of this little girl’s life. We were both innocent bystanders in this whole mess. It was when I made the decision to stay, that I had to truly forgive my husband and this woman if this was going to work.

I even went so far as to text my husband’s affair partner letting her know I forgave her, and I would not stand in the way of my husband being a part of his daughter’s life. She texted me back. ‘I didn’t mean to hurt you or your family. I just want your husband to be a part of my daughter’s life,’ she wrote.

I scoffed at this pseudo apology, but did I really expect for her to apologize to me? Yes, I did. Even now, 4 years later, a part of me is still hoping for that apology to come, but if it never does, I’m ok with that too.

Even though it hurt, I had to learn how to deal with the pain and anger I felt towards them in constructive ways. 1 Corinthians 13: 4-7 became my daily mantra. Love is patient, love is kind…Lashing out, being petty, and making destructive choices would only hinder our progress.

It was then I felt the Lord prompting me to write down our story. So I began to type the events that unfolded during the first six months of our journey to recovery. Eventually I went on to publish what I had written in hopes of sharing our story with other people who had been affected by the trauma of infidelity.

Honestly, my biggest help was my faith in God. If I hadn’t been able to lean on the word of God and spend time in his presence, I don’t think I would have made it. The pain was too great, but because I could cast my cares on him it made things a little easier.

If you don’t learn anything else from this, just remember that healing takes time. You won’t be over it in a few days or a few months. It may take years to fully recover. Don’t give up because the bad days seem to outweigh the good ones. If you and your spouse make the commitment to heal and restore your marriage together with love, compassion, and understanding, the good days will soon outweigh the bad.

Infidelity not only affects you, but the people closest to you that you share this information with. I can guarantee you that people will look at you and your spouse differently. Relationships between you and your in-laws will become strained, which is fine if you plan to leave your marriage, but can be a pain if you plan to stay. My husband and my mother were very close before all of this, but since then it’s never quite the same.

This road hasn’t been easy. I still have my good days and my bad days. Days where I wished none of this had happened. After 4 years, we’ve had more good days than bad. Days like today where I can come and support my daughter as she heads off down the hallway to have surgery.

Moments like this afternoon, where my heart is lightly enveloped in a cloak of sadness from being in the same room with her mother, and letting negative thoughts run rampant in my mind. But those days and those moments are short-lived.

I’ve learned to smile again and I’ve learned the true meaning of loving someone in spite of their faults. I’ve learned what it means to truly forgive someone who has hurt and betrayed you. I’ve learned a lot about myself and my spouse and how to guard what we hold secret and dear.

If you are dealing with the pain of infidelity, I hope this brief retelling of our story has moved and inspired you to not give up and to keep fighting the good fight. It takes a commitment on both spouses’ parts to move forward and heal their marriage. Remember to set healthy boundaries and clear expectations for your marriage.

Most importantly, take your time and go through the process with love, patience, and understanding. I am grateful to God for keeping me and my family as we’ve traveled along this journey. I am grateful I have been able to help and encourage so many people with our story, giving them hope and encouragement when it seems like there is none.”

This story was submitted to Love What Matters by EJ. You can learn more about her book ‘The Death of A Marriage: A Lesson In Love’ here. Do you have a similar experience? We’d like to hear your important journey. Submit your own story here, and subscribe to our best stories in our free newsletter here.

‘You should leave me.’ The words popped up on my screen. I knew my marriage was stressed, but I had no idea it was about to snap. Fear ripped through my gut. What was going on?!’

‘My husband waited up for me. Surprised, I sat down and asked about his day. I didn’t get very far into my question. He somberly turned off the TV and leaned forward in his seat.’