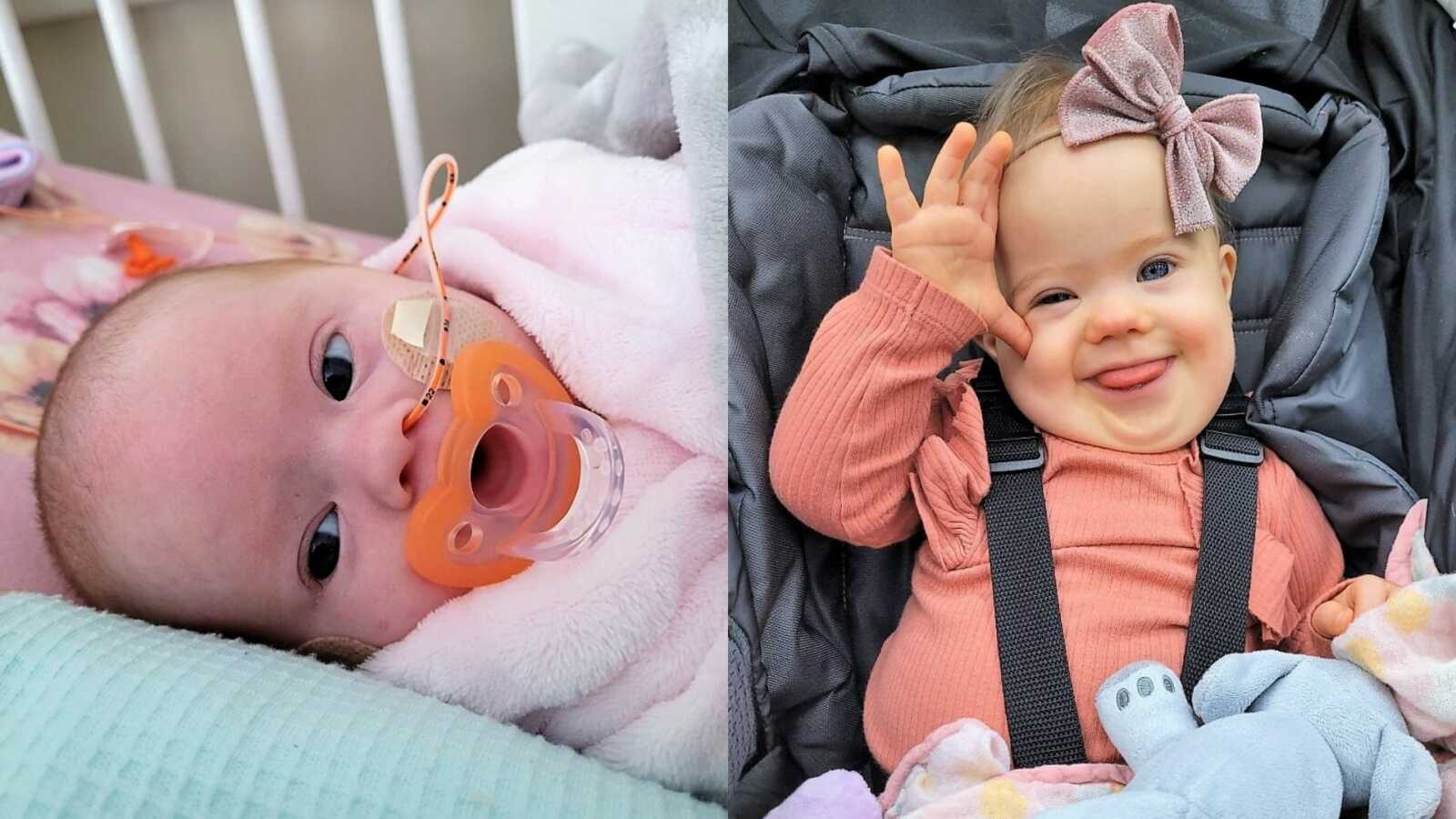 “The journey to having kids has not been an easy or straight line for me. I have 2 beautiful daughters, but I have also had 10 miscarriages. The most traumatic loss—a loss so painful I had decided I was done trying to have kids—was when I lost our son at 22 weeks pregnant. I didn’t think I could take any more heartache. But God knew.

I found out I was pregnant with Rebecca June when I was already 8 weeks along. My period has never been normal, so being late was not typically a big warning sign for me. My pregnancy had its bumps – asthma, gestational diabetes, and sciatica – but nothing too scary.

I spent the last 2 months of my pregnancy visiting my regular OB, as well as a specialist every week. I would go in for a stress test on the baby, and every week I would fail and end up having an ultrasound. The doctors decided I would be induced early due to her measurements. You see, our first daughter weighed just under 10lbs, and there were complications with her birth we wanted to avoid.

I ended up getting the call to come to the hospital when I was 37 weeks pregnant. At this point, it was estimated she already weighed nearly 8lbs. And they were right, she was almost 9lbs! The nurses took her as soon as I gave birth. She had the umbilical cord wrapped around her neck and she was turning purple.

All I could hear was, ‘Her oxygen is not where we need it to be! Come one baby, you can do it.’ After what seemed like hours, but was probably less than a minute, one of the nurses yells out, ‘She is doing good!’ I asked my husband, ‘Who does she look like?’ His response was, ‘She doesn’t really look like any of us.’

It was probably 5 more minutes until they brought her over to me. As soon as they put her on my chest, I knew. I just knew. I asked the nurse, ‘Does she have Down Syndrome?’ No response. I asked another nurse. I got a smile, but no response. One nurse looked at me and said, ‘We can’t answer the question, but I would be asking the same thing.’ This was enough confirmation for me.

The first night we were in the hospital, everything was pretty typical, except she kept making this odd noise in between breaths. I mentioned it to the nurse, and they checked her over but didn’t seem concerned. ‘We will let the pediatrician know.’ It was late the next afternoon when the doctor finally made his rounds.

She had been with the doctor for about an hour when we received a call they were moving her to the NICU because her oxygen would drop occasionally. I was CRUSHED! I was worried about her breathing, but I didn’t think it would land her in the NICU. All I could think about was not wanting to leave the hospital without her. But we did. For four long weeks.

Not only did Rebecca have Down Syndrome, but she also had 2 holes in her heart and a fissure. We left the NICU with 4 different doctors to visit regularly as well as feeding, occupational, and physical therapists. I count our blessings daily. Rebecca June spent the longest month of my life in the NICU, but in the world of the NICU and DS, this was a short stay.

She came home on a feeding tube and was off of it within 2 weeks. She was dismissed for regular check-ups by her cardiologist as well as her G.I. doctor, and she has impressed every doctor and therapist she has met. She is meeting all of her milestones in her own time and does it all with the biggest smile on her face! We really are a part of the lucky few.”

This story was submitted to Love What Matters by Katie Startt of North Georgia. You can follow her journey on Instagram and Facebook. Submit your own story here, and be sure to subscribe to our free email newsletter for our best stories, and YouTube for our best videos.

‘As I sat alone in the NICU, postpartum body aching, one thought rose to the top of my mind: ‘You are exactly who our family needs.’: Mom navigates son’s Down syndrome diagnosis, multiple heart defects

‘What will they think?’ They noticed her differences, but it never mattered. They cheer her on, my fears silenced.’: Mom rejoices after finding inclusive ‘safe space’ for daughter with Down syndrome

‘I could barely get the words out. ‘Mom, what does this mean?’ In one moment, my life changed.’: Woman births baby with Down syndrome 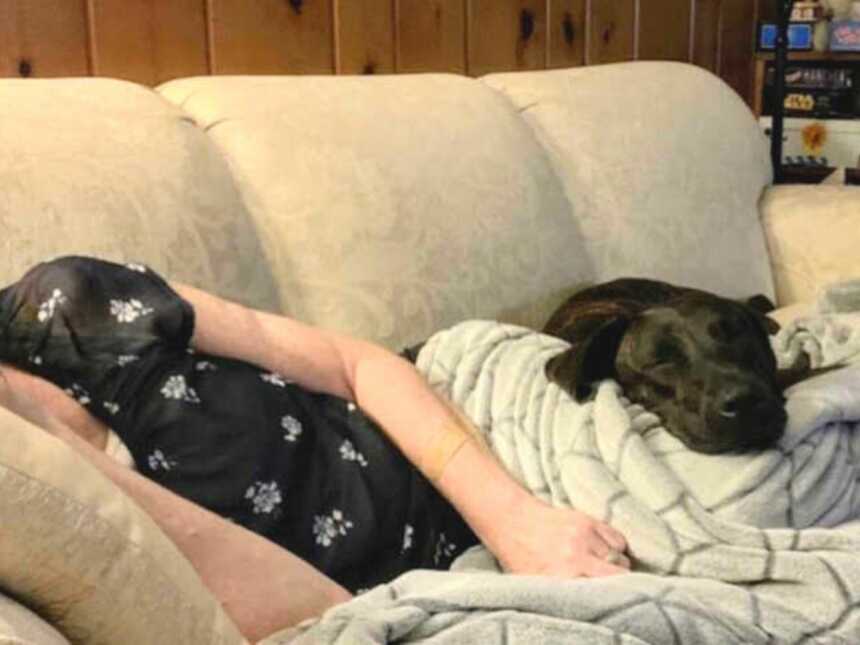