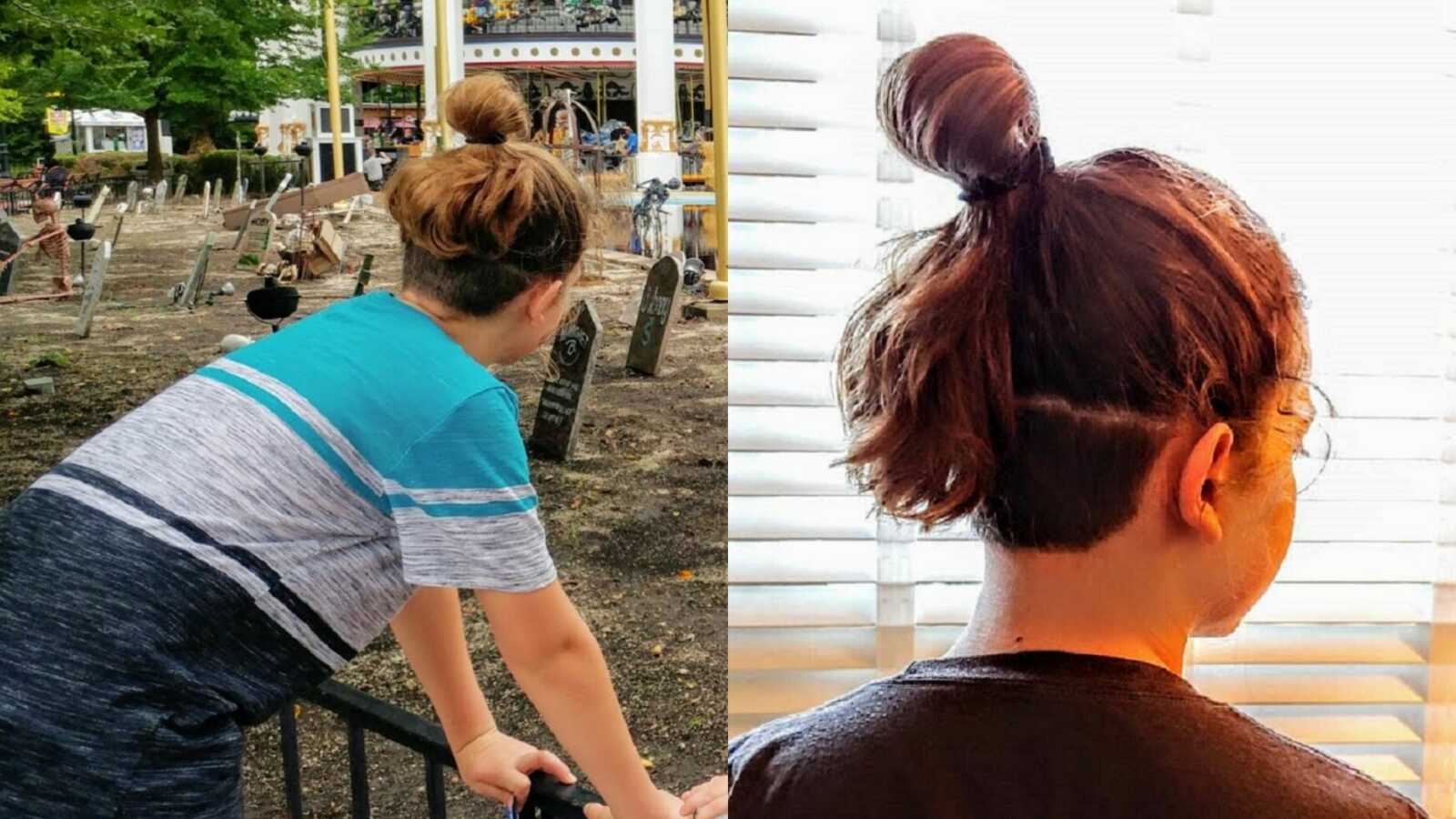 “‘Anyone else wonder why there’s a 13-year-old girl in the men’s room?’ His voice was louder than necessary, with no tone of actual concern. He exited the public men’s toilets at the truck stop and looked right at me (the obvious mom waiting for a child outside of the bathroom).

‘He is a boy. Just because he has long hair does not mean he is a girl.’

If he would have left it there, that would have been the end of it. Though I was already feeling defensive from a different encounter, moments earlier. Another mom was waiting outside the men’s room. When she saw my son walking in, she called out, ‘That’s the boy’s room!’

My son, an 11-year-old boy with thick, shoulder-length hair pulled up into a man-bun, exposing his undercut, acknowledged her as he continued, ‘OK.’

He is a bit shy, especially with strangers, and he had an urgent need of the facilities as we were out on country roads, in the final hours of a weekend road trip clocking more than 900 miles in the car, when some quick-onset tummy grumbles left him squirming in the backseat for more than 10 minutes before we could find the nearest toilet.

So, I was truly impressed that he managed to say, ‘OK,’ to let the lady know he was aware he was heading into the men’s room.

It was an honest mistake. She was trying to save someone from embarrassment. That is, it seemed that way until, upon hearing my son’s acknowledgment as he continued on (which made it pretty clear he understood and was where he intended to be), she began shaking her head, looking around with arms raised.

‘He is a boy,’ I said, slightly annoyed by her demeanor.

Chances are everyone in the bathroom heard this exchange, including this man now loudly broadcasting his false concern over a girl in the men’s room. Even knowing this, I would have tried to convince myself this man was somehow well-meaning, despite everything about the encounter telling me otherwise, if he would have just left it there.

But he didn’t leave it there.

‘I couldn’t tell. You know when I was being brought up, boys…’ I didn’t even let him finish with that line of unnecessary, condescending, blatant gaslighting.

I said 70s because it seemed about right, but I could have just as easily said 60s, 80s, really any time in the last several decades. Heck, men keeping long hair was a symbol of affluence in high society fashion for ages.

Men having long hair is not some radical new idea.
This man was out of the hall by now, turned the corner. But was that the end of it?

He turned around to walk back by, just so he could get the last word in, ‘Not in a man bun.’

That confirmed it. He knew all along my son was a boy with long hair, just trying to poop in peace. And he chose to make some micro-aggressive scene about it.

I didn’t let him have the last word.

‘You are being ridiculous. Get out of here!’

Seconds later, another man exited the bathroom and kindly said in passing, ‘He needs glasses.’ A show of solidarity and also proof that everyone in the men’s room was, in fact, hearing all of this.

My son emerged, looking pale. I’m sure he was mortified. Imagine being the shy, 11-year-old boy in this scenario, badly needing to use the toilet, having to wait for a stall in a busy men’s room, hearing all this going on just outside.

I asked if he was okay. He said he was. So, we walked out and were back on the road home.

The thing is, he puts up with this sort of thing way too often. He’s fairly used to having people mistake him for a girl; most of the time it is an innocent misunderstanding, but occasionally people choose not to make a simple apology and move on — they press the issue, feign concern, go on tirades about how they think boys should look, or even continue to refer to him as a girl after they’ve been corrected.

I am proud of him for continuing to stay true to himself, and the style he prefers, in the face of this. And it fills me with so much empathy for those who struggle with far greater gender identity concerns than simply being a boy with long hair.

Please, if someone is in a bathroom, just looking to use the facilities, not invading personal space, not staring down the urinal line or peeping over stalls — just leave them be. No matter what gender you think they look like, they are not hurting anyone. Bathrooms are not places for debate. And the last place I want to discuss my child’s hair choice is a roadside truck stop.

And can we please just get gender-neutral bathrooms as the standard, already?”

‘What’s that on your neck?’ They thought it was a disease. ‘Are you contagious?’: Man with Neurofibromatosis Type 1 talks overcoming bullying 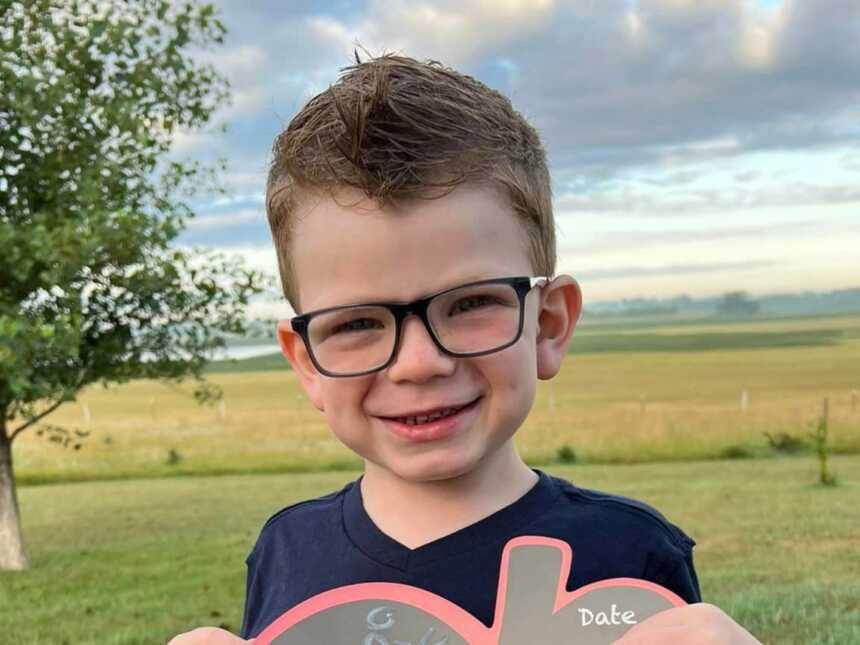 “All the challenges he’s had in his 5 years of life had an answer. As we enter 2023, we are faced with so much uncertainty but abound in hope.”