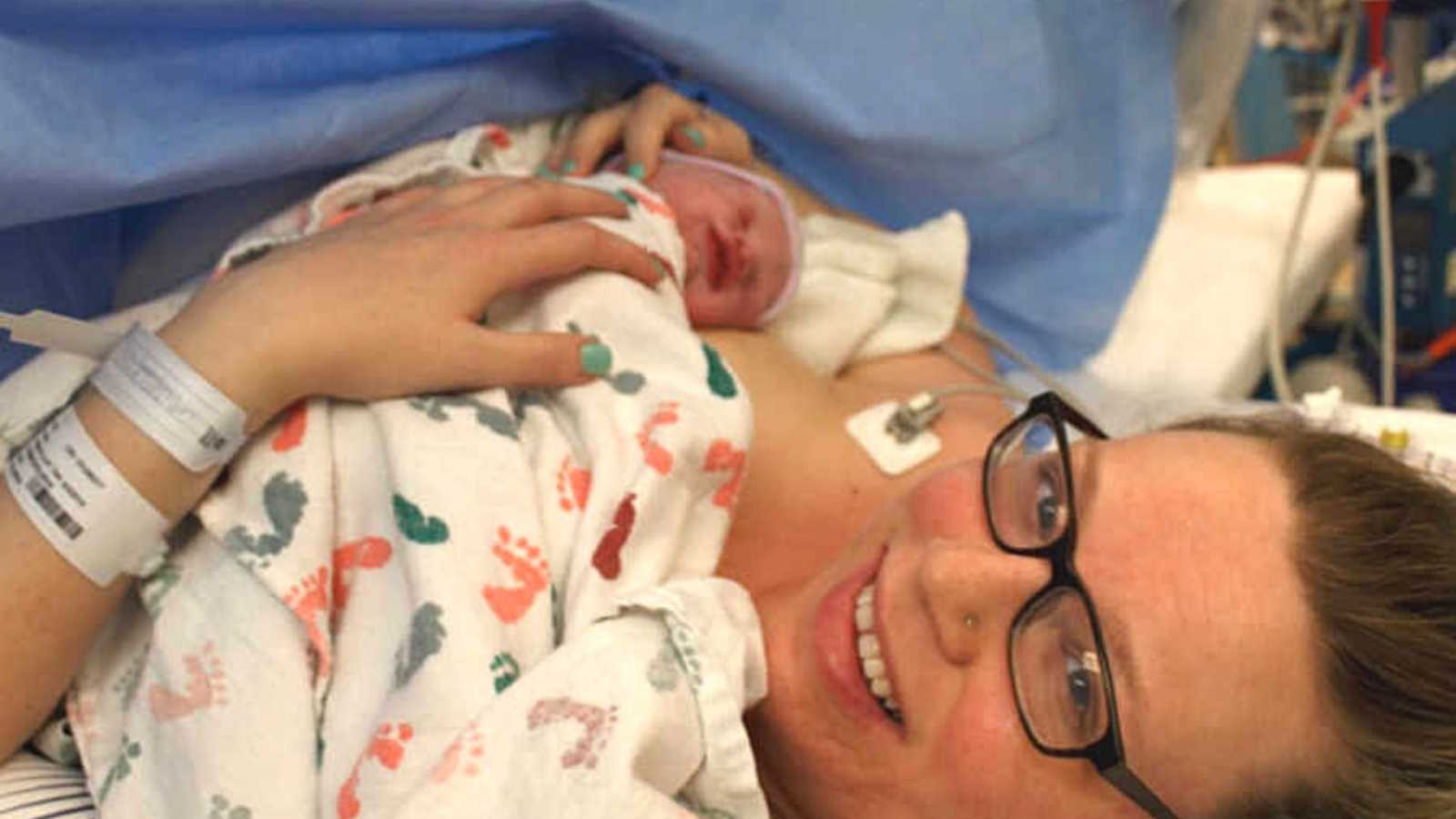 “You don’t need to have a partner to have a baby,’ my Mom said to me in the midst of a family vacation in Florida. That was the first time I really thought about the idea of having a baby on my own. At the time I sort of laughed it off, I was 26, I still had time to fall in love, get married and have kids the way I had always imagined. But looking back, that was the moment being a single parent by choice became a real option for me. My mom gave me a great gift that day; she opened up my eyes to the idea there were different paths to motherhood than just marriage.

My family loves to tell the story of when my sister Emily was born. I was 4-years-old and I was thrilled. I carried my sister around the hospital telling everyone, ‘look at my baby!’ I think from that moment on my family knew I was meant to be a parent. It was never a question of if I would have kids, it was more a matter of when. As a teen, I was a willing babysitter to my 3 younger siblings and for all the families in the neighborhood. Once I was 16, I got my first job in a daycare, and I kept working in daycares through college. I even made a career out of helping kids and families as a therapist. My life’s purpose was to help little people grow; it never occurred to me having the family I had always dreamed of might not become a reality.

Over the next few years I worked my way up in my career, I bought a house, and I saved as much money as I could. And then I took the leap, scheduling an appointment with a reproductive endocrinologist.

Walking into the doctor’s office that day felt intimidating, ‘Am I really doing this, am I really going to have a baby on my own?’ I went through testing, and sat down with my doctor to talk through the next steps, I learned my egg counts were low, ‘It’s a good thing you are starting this process now,’ I walked out of the office with a packet full of next steps, and a million emotions whirling around. It was now or never. If I waited, I may never have a child of my own and that would be a regret I would never be able to heal from. That night I started the process of picking the other half of my child’s genetic makeup. To this day, I find the process of picking a sperm donor a bit comical, it felt like I was on a dating website, each donor better than the last, how was I ever going got pick one? Then I found donor 9994, I saw pictures of him as a child, with the sweetest smile and beautiful blue eyes and my gut told me this was my guy. So, I hit the purchase button and took a breath. Two weeks later I took my first pregnancy test and it was positive, I was on cloud nine. Then I got the news no one trying to be a parent wants to hear, ‘This pregnancy isn’t viable.’ Those words knocked me off my feet, I couldn’t get out of bed that day, I was heartbroken, I still am when I think about that loss.

And then I tried again. I was convinced the second round wouldn’t work, but it turns out I was wrong.  I was pregnant. I was hesitant to get excited; I didn’t want to get my hopes up this time. A few weeks later I went to my first ultrasound, my sister Lee by my side, and I saw my baby for the first time. In the midst of my excitement and relief of what was appearing to be a healthy pregnancy, I found an unexpected emotion creeping in, sadness. Sadness that I was not going to be having a baby with a partner. It’s a weird feeling to be celebrating a dream come true while also mourning the loss of another. But as I started sharing the news with family, I could already see how loved this tiny human was. Each time I shared my news with friends, co-workers, and eventually on social media, I worried about the responses I would get. But each time I was met with support and love, each time it got easier, and my worry about judgment from others turned into pride. We may not have a second parent, but we have an entire team of people supporting us.

I knew parents sacrifice to put their child first; I didn’t know I would be doing that from the beginning. I was not one of those moms who loved being pregnant, in fact I hated it. I struggled through 9 months of morning sickness as well as gestational diabetes. Then my body decided to wrap up my pregnancy with a bang, at 36 weeks pregnant my blood pressure shot up, and I got the news I was going to be induced in mere days.  The next few days I rushed to get everything together before walking into the hospital ready to meet my baby. Just like my pregnancy, my labor was bumpy, and after 3 days of labor I heard the words ‘you can keep trying to push but the safest thing at this point is a C-section.’ I looked at the doctor and said ‘I want to do whatever is safest for my daughter.’ And just like that, I was rushed into a surgery room to finally meet my daughter.

She came out screaming. I saw a glimpse of her, and the tears started streaming down my face, she was here! They laid her down on my chest, and she stopped crying, she already knew I was her safe place, I was her home. And in that moment, in the middle of the operating room, I was home too. I was holding my dream come true.

On the day we were going to go home I was working with a lactation consultant, we still hadn’t been successful with breastfeeding, and the nurse came in to check my blood pressure and all of a sudden I was in the middle of a whirlwind, getting medicine in my IV because they were concerned I was going to have a stroke. Once the chaos settled, I looked at my baby and I started bawling. I can’t even feed my child, how am I already failing as a parent? Once I calmed myself back down, I looked at Harper, she didn’t care things weren’t going according to plan, she was just happy to be cuddled in my arms. I looked at her, and I told her ‘You and me kid, we’re a team now, and we are going to get through this together.’

When I made the leap into single parenthood, I didn’t really know how difficult it might be to do it by myself, but surprisingly I have found it much easier than I was preparing myself for. There have really only been a handful of nights when I had wished I had a second parent with me, to share in the hard parts of parenting. As an infant Harper cried for hours every night for over a month, it was lonely, and I had moments of wishing someone was there to tag team. The endless nights of sacrificing sleep to exclusively pump for my daughter who could only take milk through a bottle had me wishing there was a second caregiver there to feed her a bottle and give me a little more sleep. And when I was hit with the stomach bug and could barely get out of bed, those thoughts of how much easier it would be to have someone to care for Harper crept back in. But those moments have been so little in the story of Harper and me. Here’s the little-known secret about being a single parent, we get all the good stuff to ourselves; I get to parent Harper exactly the way I want to, I get twice the hugs and twice the love, I got to be her first word. Harper has made my life a million times better, I feel complete, and being her mom has shown me a love that I never could have imagined. While my story isn’t what I had originally planned on, I believe that my life worked out exactly the way it was supposed to. Harper is the best thing to ever happen to me, I love my role as a single parent by choice, and I am thankful every day that my life led me to this point. Harper is always and forever my home.”

This story was written by Gwen Clark of Denver, CO. You can follow her on Instagram here. Do you have a similar experience? We’d like to hear about your important journey. Be sure to subscribe to our free email newsletter for our best stories.

‘He was named ‘Baby Boy’ since his mother left just hours after birth. Could they have the same mother? Something was different about this one.’: Mom ‘miraculously’ adopts children with same birth mother

‘We come home empty. We don’t want to talk. The hardest work you’ll ever do is love a nurse.’: Nurse pens ‘thank you’ letter to those who ‘love us and let us do this work’ 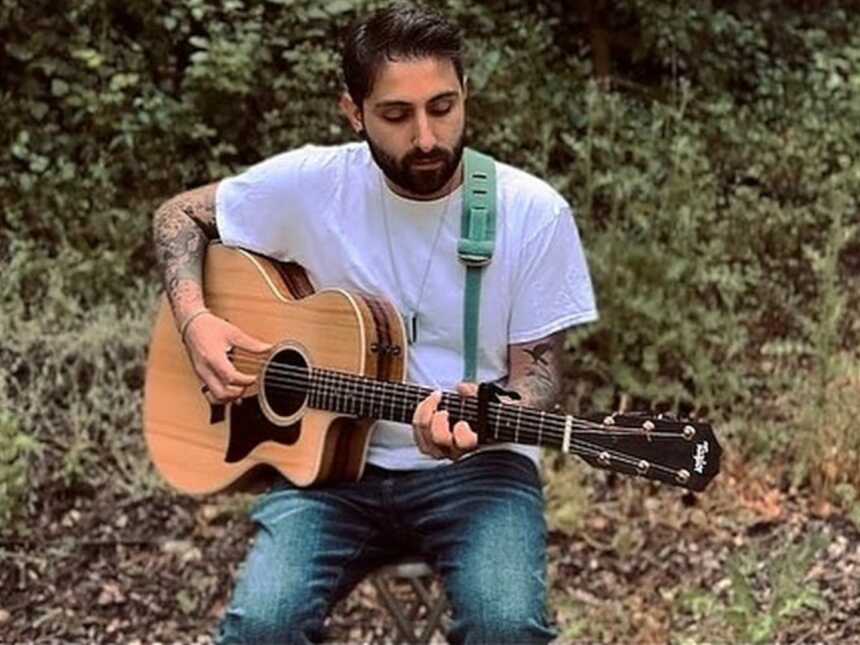