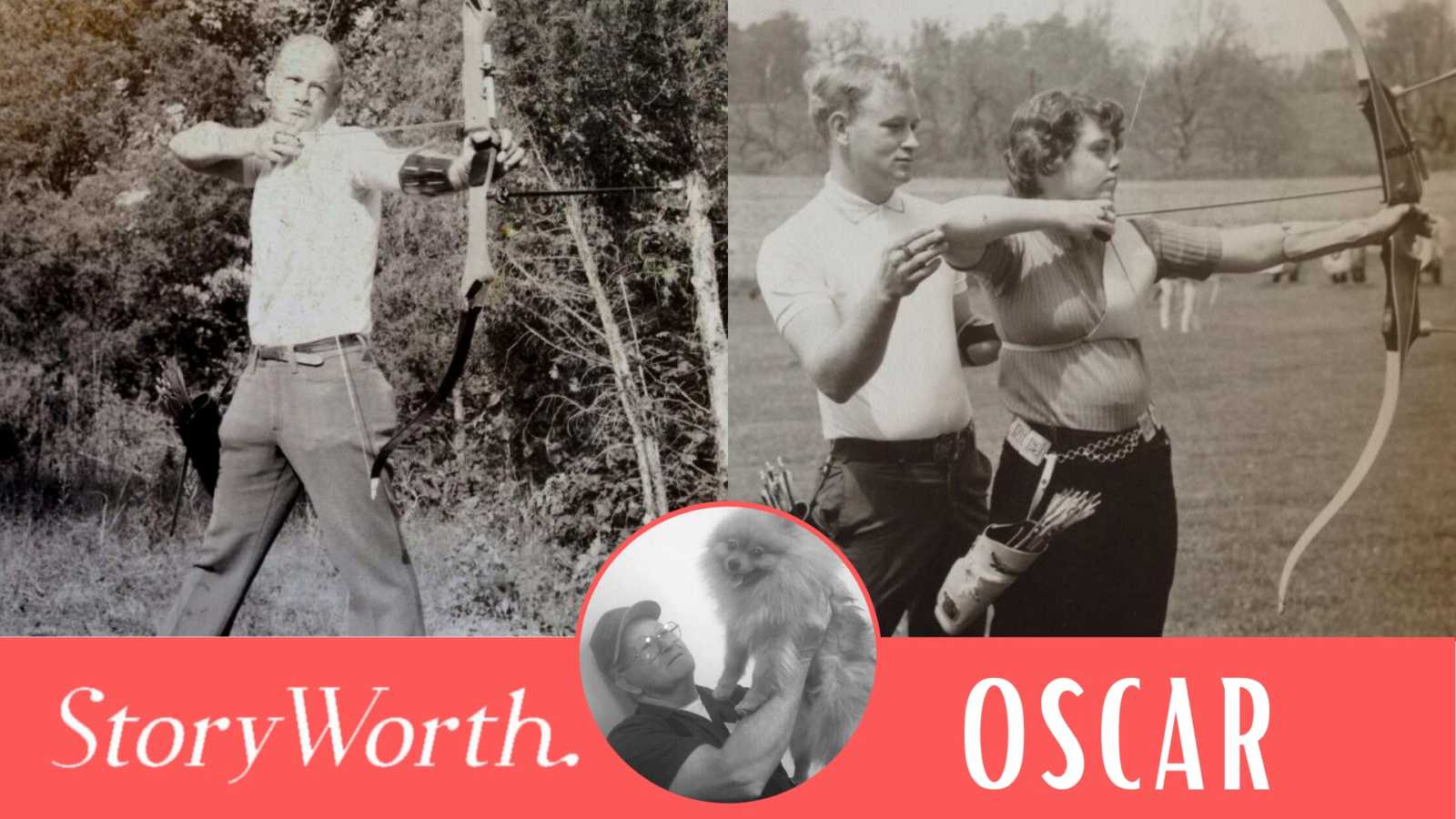 Oscar’s story is part of an ongoing collaboration between Love What Matters and StoryWorth, an online service that makes writing your loved one’s memoir (or your own)  as easy as writing an email. Click here to learn more about StoryWorth and begin capturing your loved one’s lifetime of memories to cherish forever.

“When I was a little boy, about 7, my dad and uncle drove from our home in Harlan County down to Gatlinburg, Tennessee, in Dad’s old Model A Ford. It had to have been 15-20 years old at that point and topped out at about 40 mph. During our stay in Gatlinburg, we drove up to Clingman’s Dome in the Smoky Mountains and down into Cherokee, North Carolina. That’s where Dad bought me my first store-bought toy: a wood-and-string bow and arrow, carved by the Cherokee there on the reservation to sell to people passing through. Boy, I thought I was hot stuff.

Up until then I had to make my own bows & arrows. We were dirt poor and didn’t have toys unless we made them ourselves. I had no idea how to go about it so I had to come up with my own way of creating them on my own and by God, they worked.

I had to use whatever I could get my hands on. Usually I’d use branches from the Indian Rosewood trees behind the house. I’d go out to the chicken pen and gather some good feathers for my arrows. Mom had a bunch of beautiful elephant ear plants all around the property that made for good target practice.

By the time I got to high school I was still making my own archery equipment and was getting pretty good. My aim was improving, too. By then, for practice I would shoot bullfrogs at the pond on our farm and seldom missed. I’d shoot fish and carp and did pretty well.

A few years after high school I was working for General Motors and had met several other archers. When the Ohio River would flood, the carp would swim out into the cornfields and eat the farmers’ corn – and that was their undoing. We’d go down and shoot the carp to keep them from destroying the crops. I’d give what I shot to the locals who were there fishing to eat, and I got some pretty good ones.

That’s where the other archers noticed I could shoot. Boy, they had nice equipment. I was still making my own but I kept getting better – making better arrows, better bows, killing more carp, etc. Then one day I ran into a man named E. Bud Pearson and his son Charlie. The Pearsons produced excellent professional-grade archery equipment that set several records. In fact, they just closed their doors this past December. Anyway, we became better acquainted and Bud taught me how to make better equipment.

They bought a piece of land in Ohio north of Cincinnati and built an indoor archery range and hired me to work there. I taught beginners how to shoot and develop their skills. I became known, at that time, more for my coaching skills than for my shooting abilities, though I was bad news for anyone who came up against me in competition. I competed with some of the most well-known national archers and was invited to become a member of the Professional Archer’s Association, where I built a reputation as a coach and archer.

I had two students who went on to become some of the best archers in the world. Maureen and Doug. Between them, they had six World Championship titles in target and field archery, one Olympic medal (Maureen), and who knows how many Mid-America Championships, South American and North American Championships, too many titles to name. You couldn’t have fit all of their trophies in a U-Haul, they had so many. I got my fifteen minutes of fame for being their coach and that’s how I ended up on the cover of Bow & Arrow magazine.”

‘My kids were eating breakfast when I heard a knock. A sheriff’s deputy greeted me. ‘Your husband’s been killed.’ My world came crashing down.’: Widow talks turning grief into a positive thanks to StoryWorth

‘As a teenager, I didn’t appreciate my grandparents like I should have.’: Woman shares appreciation for grandparents thanks to StoryWorth, ‘I’m so lucky to still have them in my life’ 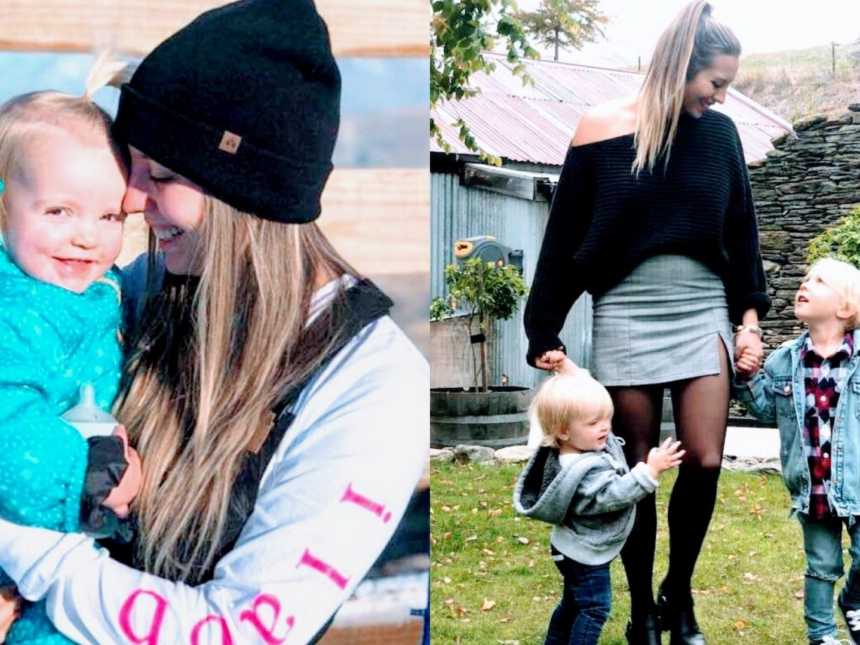 ‘Just to put it out there, I have two kids and I’m going through a divorce.’ Nothing could’ve made me run away faster.’: Woman shares the ‘ebb and flow’ of being a stepmom, ‘I CHOOSE to love these kids’

“The messy divorce swallowed up our new relationship. ‘Lex, my mom said I can’t call you mom.’ It took months of walking on eggshells.” 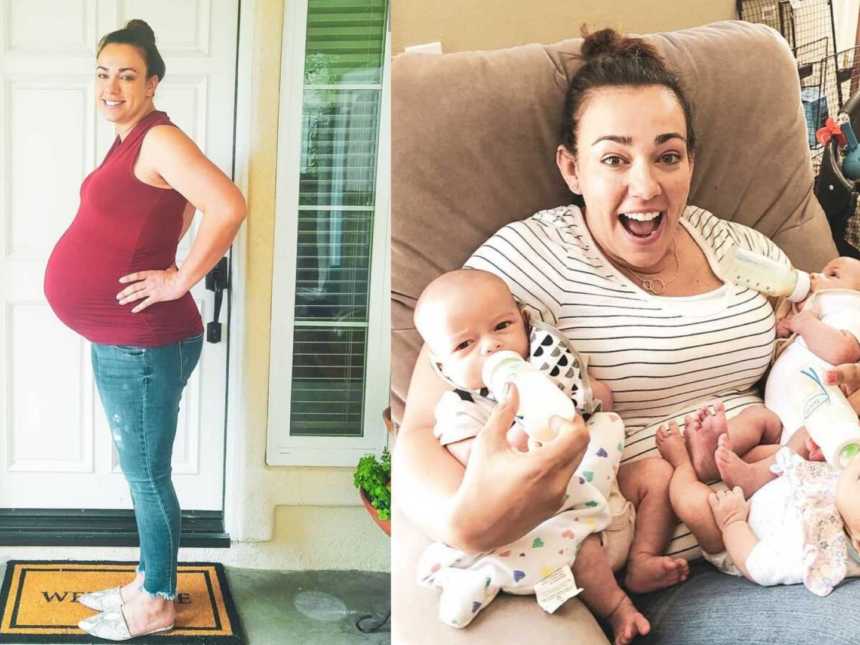 ‘Either pregnancy is harder with age or we’re having twins.’ ‘Actually, there’s 3.’ Um, excuse me!: Mom delivers baby with Down Syndrome, gets surprise triplet pregnancy right after

“Our son with Down syndrome had just battled multiple heart failures and a stroke. Us: ‘Let’s have another kid.’ Universe: ‘Hold my beer.’ Our life was like a TV show playing out in real time.”