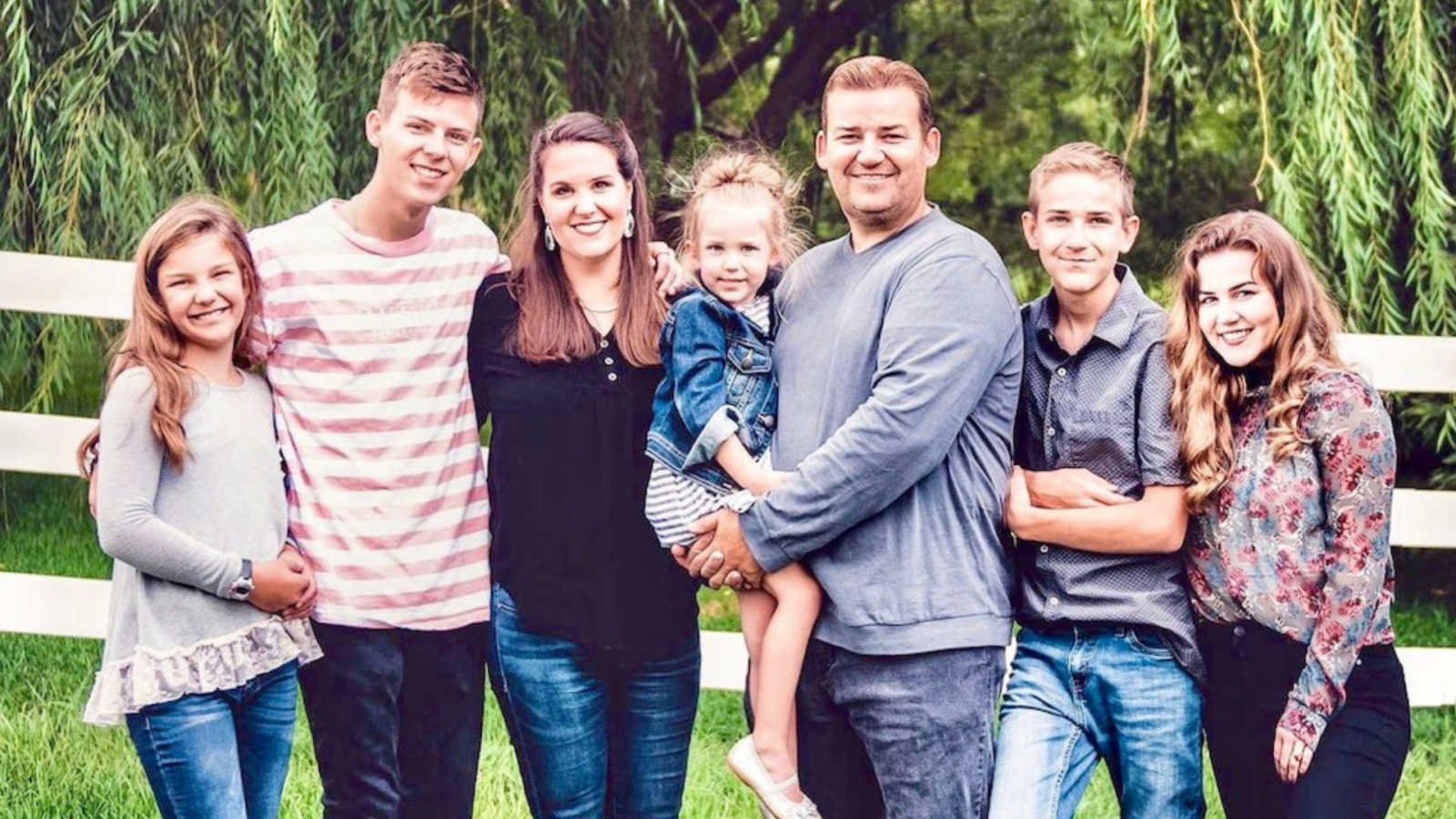 “They say you can never understand a mother’s love until you have a child of your own. I thought I understood this statement when I became a mother for the first time. My feelings of instant love and protection for my child were stronger than I could have imagined. It definitely gave me a newfound appreciation for my mother. I never thought that one day I would have an experience that would give those words new meaning and teach me to more fully understand and access the endless bounds of a mother’s love.

A few years ago, I was a busy wife and mom raising five children. Our days were pretty typical and never easy, but our family was happy. Everything changed when my oldest son, at 15 years old, fell suddenly ill. What began as a terrible rash on his arms and legs soon led to many other health problems, including that he developed allergies to almost every type of food. The symptoms of this mysterious illness increased until it stripped away all of my son’s normal activities. It seemed so unfair for a teenage boy who had such a zest for life.

For months we sought answers. My days became a ritual of taking my son to doctors appointments for IV’s and tests, trying to find food he could eat, and reading and researching anything I could to heal him.

Every night before he went to bed, I applied ointment and gauze all over his raw skin until he looked like a burn victim. He would sometimes wince in pain as I wrapped him, but he rarely complained. I also tried to treat the emotional wounds of this illness by speaking to him with all of the positivity I could muster. I wanted him to fall asleep to the tune of hope and encouragement so his body would heal.

My son’s illness took a toll on our whole family and I was no exception. There were so many needs to be met. I worked through the day and night trying to take care of everyone. I tried to be strong but in reality, I was drained and overwhelmed.

Somewhere in the middle of those sleepless nights of waiting, worry, and prayer, I became increasingly curious about my family history. I started doing some research to take my mind off the stress. It was thrilling to make discoveries about those who came before me. Little did I know the role it would play in my life when my son finally received a diagnosis.

I’ll never forget the moment when the doctor sat down, looked at me in the eyes and gave me the answer that only raised more questions when she said, ‘Late stage Lyme disease.’ Then she proceeded by saying, ‘Lyme disease affects every patient differently but, unfortunately, it is attacking your son’s digestive system. This is a very difficult disease. If he can’t eat, I don’t know how he can fight it.’ She paused to catch her breath, which felt like she robbed straight from my chest. Her next words were reluctant but deliberate. ‘Do you understand what I am saying?’ she asked. I just stared at her, trying to process. I was unable to blink or speak. I tried to nod, but I didn’t know if it was detectable. Tears welled in my eyes as I fought to will them away. I had naively assumed that getting a diagnosis would put us on a path to recovery, not more pain. The days that followed were a blur as we moved towards the next step. I tried to hold everything together while my family’s happiness hung in the balance.

At the end of many long and overwhelming days, I continued to find comfort learning about my ancestors. I especially found a connection to the grandmothers in my line. Their trials, traditions, and triumphs taught me the nature of these amazing women.

My heart was touched by my great-grandmother Ellen. She was a beautiful, young woman who went through unimaginable heartache with the deaths of four of her babies. A century after her loss, I mourned with her. Never had her story been so meaningful to me. But, the most profound realization I had was that her life was not defined by sorrow. Grandma Ellen found enough joy and purpose to fill more than a hundred years on this earth.

Another great-great-grandmother, Molly Butler, became a widow with five young children when she was only twenty-five years old. Even though she had the deck stacked against her, she picked up the pieces and went to work. She started a business and even had her own car, to the dismay of everyone in town. It was extremely rare for a woman to drive at the turn of the century. People would shake their heads as she drove by and say, ‘There goes that ole Butler woman.’ My Grandma Molly B. makes me laugh. I like to think she was a shock-and-awe kind of gal. I love her spunk and that she didn’t give in to tragedy or other people’s opinions.

One by one, I connected to a web of women who, although different, showed extraordinary resilience in the face of adversity. I wondered if any of that strength had been bestowed upon me. I studied their faces in old photos and sometimes could see myself. They were part of me. I realized that their genes I carried didn’t only appear in my features, but in my heart and my spirit as well. Learning about my many mothers helped me to understand that I was part of something greater than I had ever known and I gained more confidence in my abilities.

My life was enriched by the stories and lives of my grandmothers. They were my shining examples. But the real miracle happened on extremely difficult days when I couldn’t summon any of my own strength. It was in those moments, when I had nothing left to give, that I felt their presence. Just as I had encouraged my son many nights when the difficulties seemed too hard to bear, I knew my mothers were doing the same for me. Their spirits whispered to me that everything would be okay. My burdens were lifted when I couldn’t carry them alone. It was not an imaginary force because I had no energy for such things. I had angels with me, and I knew who they were.

A few things have changed since this journey began. My son has made an incredible recovery and is doing very well today. He is another one of my greatest exemplars of resilience. Not a single day goes by that I am not grateful for this blessing. With the passing of time, other trials have come and gone, as they tend to do. Although I don’t always welcome new challenges, I take comfort knowing that I can always call on my angels for support. The boundless love of family, past and present, is a reminder that life is so good.

I thought I understood a mother’s love when I held my child for the first time. But now I know that something so powerful could never have been born in an instant. That bond was not only between my child and me but was a continuation of the love passed down for generations. That culminating event has led to many blessings in my life. I’ve never felt so much like myself since learning about my mothers who came before me. I continue to feel their spirits guiding and protecting my life and those of my family. I humbly carry their stories in my heart and hope that I am continuing a legacy they are proud of.”

This story was written by Melissa Knapp of Utah. You can follow her on Instagram here. Submit your ownstory here, and subscribe to our free newsletter for our best stories.