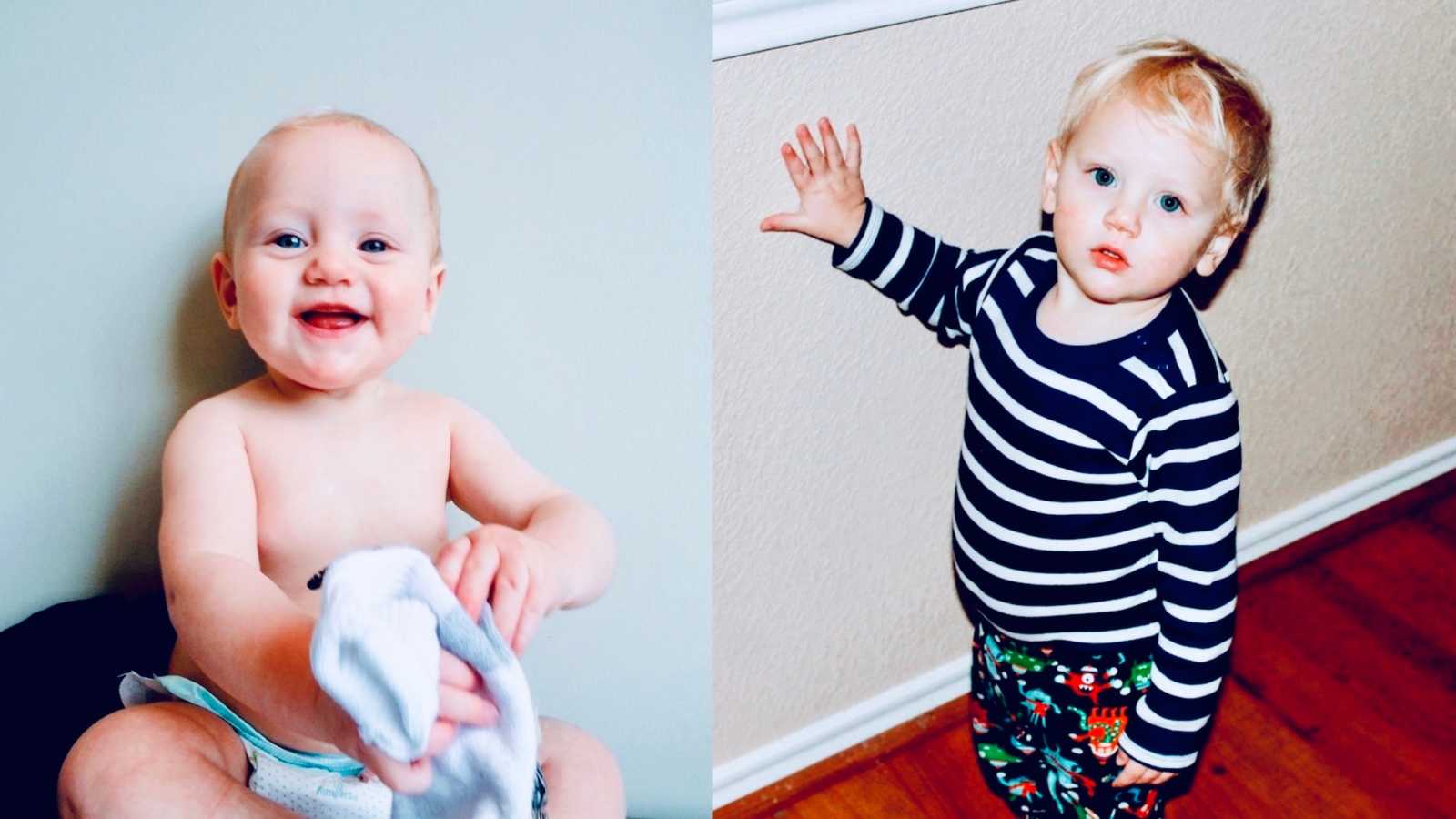 “We are having our first boy! I dreamed him to be tall, handsome and kind. Maybe a football player like his Dad. Maybe a painter. I couldn’t decide.

I met him after a healing and empowering birth. I felt him come into this world with such a gentle force that I instantly knew he was the soul that I had felt long before conception. I beamed knowing that he was all ours.

My son reached every milestone as he should. He was big for his age and strong. I couldn’t have asked for more than my smiley and sweet baby.

At 12 months, he wasn’t walking or talking. I chalked this up to an overactive sister who just adored getting everything for him. The pediatrician agreed with me, so I was placated and left. We came in for our 18-month check. He had started walking by then but still wasn’t talking or waving. Again, I thought nothing of it; I figured boys develop slower anyway. I still maintained that he just needed more time. That today’s societal and social norms that are placed on children are far reaching and ridiculous.

We reluctantly called the Early Childhood Intervention office in our state. Upon explaining our concerns, we were told to come in for an evaluation. They did some exercises and ran some logistical tests with Sam. Did he look in the mirror when they held it up? Did he have dexterity comparable to his peers? Did he have vocalization? He didn’t participate or pass any of them and countless more. These seemingly little tests ended with big results. They told us he had a fairly significant delay and recommended speech, play and occupational therapy.

I left the office with a smile on my face. The smile that masked that the very weight of the situation was crushing my heart, squeezing my lungs until the breath was short and shallow and my shoulders drooped. I brought my precious son back to the car and teared up as I put him in. I refused to cry in front of him. I couldn’t show him that I was scared.

An unproductive year passed, and very little progress was made. We were aging out of the state offered therapy program (E.C.I.) and needed to think about the next options. We were assessed by the public-school system who then came to us with the word ‘Autism’. As soon as they said it, my breath caught. I stopped processing. I acted cool and collected. I acted like it was all to be expected. I acted. For everyone else’s benefit. I walked out feeling that tightening in my lungs, feelings my facial expression start to betray my current persona. I would not show him that I was anything but grateful that he was mine and I would not show him the unwanted disappointment that I felt deep inside. I told my husband that they thought our Sam was Autistic, he welled up and went in his office. I gave all I had and called an early bedtime for everyone. I finally felt Sam’s breath slow enough and heard a soft snore fill the room.

I knew it was coming and I let it. I was so hurt and angry that no amount of anything could have eased it. I penned a nasty letter to the world, writing down every raw emotion as it came. Cursing at everything it had taken away from me. My son. My precious boy whom I knew I needed before he was even conceived. He would never be a football player. How would he even play sports? How would he ever feel love? Would he ever understand how much we wanted him? How would he navigate this unforgiving and mean world? How would he survive? What did I do? I pleaded for my son. I desperately prayed.

I called well-meaning friends who gave their best efforts of consolation but left the conversation hollow and jealous of their lives. I stopped talking to anyone whose life seemed easier and better than mine. I stayed inside my head…all day long.

We enrolled him in Applied Behavior Analysis (A.B.A.) therapy which uses techniques and principles to bring about meaningful and positive change in behavior. Our first day, I remember hearing him scream as I left. It wasn’t because he wanted me to stay. He couldn’t have picked me out as his mom in a line up. He wasn’t crying for me. He couldn’t say my name. I hurried away grappling with the emotion that threatened to take over. That I had done something to deserve a son that could not say my name. I deserved this. The stares, the comments, the overwhelming jealousy. This was all mine to bear.

One day, I was running after Sam who was collecting acorns when he lunged out towards the street and I tripped grabbing him to pull him back. He looked up and said ‘Pud Job!’ (good job in Sam speak). The waves of emotion came over me. I gave him a big hug and said, ‘Good job!’ right back.

I know we have a long road ahead. I know this is a tough fight. I have had to mourn the loss of a son I never had. But I will never stop fighting. He will not give up and I will walk the path before him until my last breath. I will protect him as best I can.

It takes all types to make this beautiful world go around. My son deserves to be a part of that equation.”

This story was submitted to Love What Matters by Jenny Dombroski, 36, of Texas. Follow Jenny on Instagram here. Submit your story here, and subscribe to our best love stories here.

‘He’s really smart.’ I nodded in my awkward parent small talk sort of way. ‘No, I mean REALLY smart,’ she insisted, staring at me with urgency, or something I couldn’t identify.’

‘I never signed up for this’: Mom of severely autistic daughter thanks the ‘difference-makers’ who ‘deliberately’ step into the world of autism