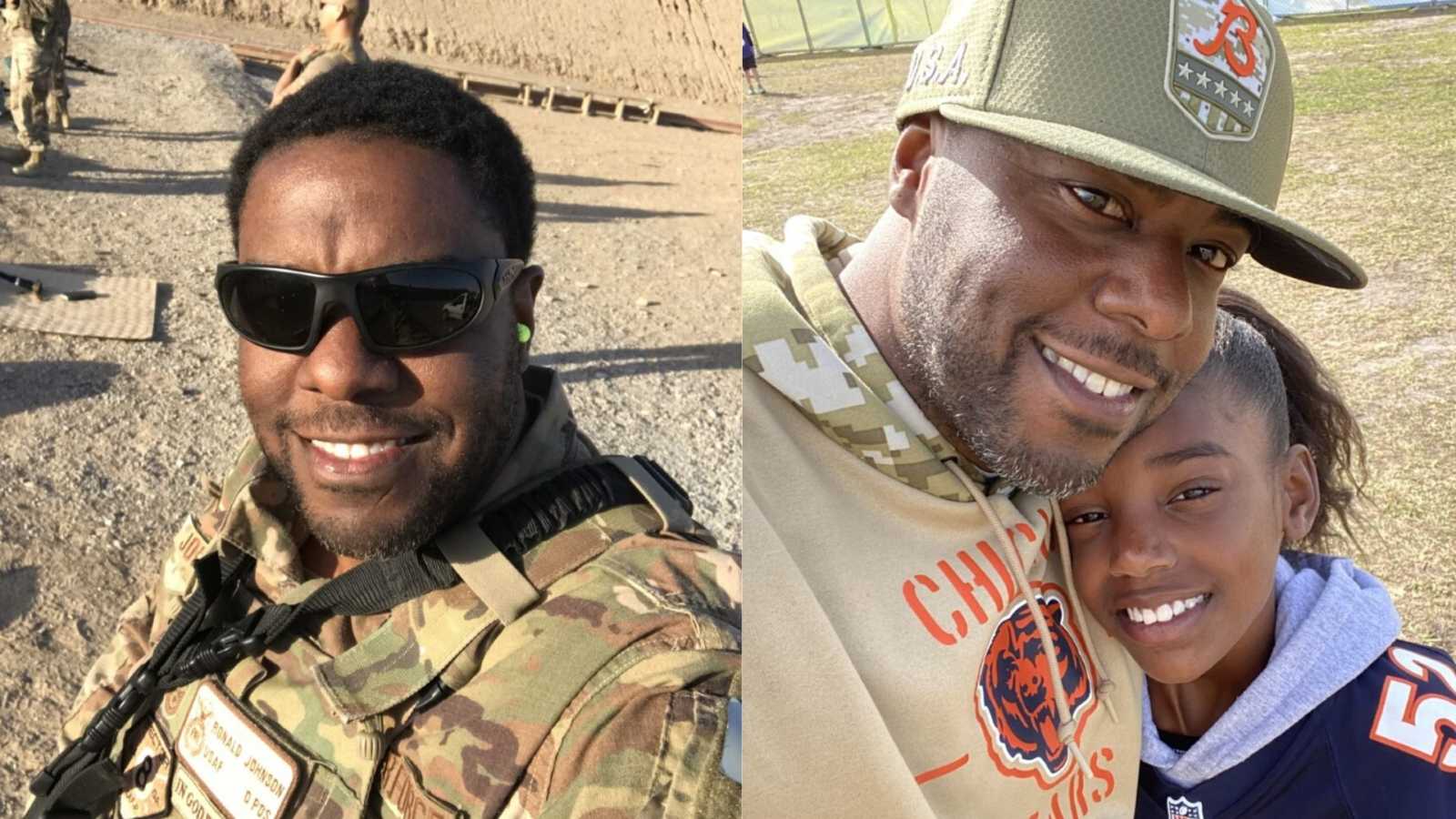 “I’ve been serving in the United States Air Force for the last 22.5 years. I’m currently a master sergeant in the Security Forces (military police) career field. And it’s been a challenge being African American in the military and in society in general; you have to work twice as hard and sometimes give up who you are to get the recognition you deserve. Coming up through the ranks, I’ve been told I need to change how I talk or how I walk (‘you walk like a thug’ or ‘you talk too aggressive or loud’). Those words can hurt you deeply, but you can’t let them see it.

I can recall one incident while deployed. There was a white first sergeant who was against military shaving waivers (most African American men have them). He would not accept our waivers from our home units, and when we went to explain to him the deployed doctors stated they were valid waivers, he went on to say, ‘You people.’ I’m not going to lie, I lost all military bearing, and when we pushed it up the chain of command nothing was done about it. I’ve witnessed on many occasions where African Americans, including myself, were disciplined differently or not given the same opportunities because we don’t fit the image.

When it comes to treatment in and out of uniform, it has been like night and day. While home in Chicago, I was pulled over one night by two detectives. I wasn’t speeding or anything illegal.  Once they walked up to my car, they asked where I was coming from and whose car I was in. This was in 2005, and I was driving a Cadillac with rims on it. I was asked to step out my vehicle while they searched it and then searched me without any probable cause. I explained to them I was home on military leave, but they didn’t believe until I showed my military ID. After that, everything stopped. They let me go saying, ‘Thank you. Be safe.’

I’ve been to places like Walgreens or the mall, in civilian clothes, and was treated as if I couldn’t afford to be in the store or I was going to steal. One person deliberatly placed my change on the counter so as not to touch me after my purchase. I had to push hard just to even get a bag for my items. A few weeks later, while in uniform, that same person was so nice and stated they didn’t know I was military.

One of the scariest moments was in September 2018. After leaving a local bar seeing a friend, I pulled into my neighborhood and I saw a small dark SUV turn around and follow me in my rearview mirror. I assumed it was my friend, and they saw me heading home and wanted to talk. As I pulled into my driveway getting ready to walk inside, the SUV hit their emergency lights and the detective from the local PD jumped out of the car with his gun drawn on me. I said, ‘What’s going on?’ I explained to him who I was.  He stated my vehicle matches the description of a robbery (female claimed her purse was stolen) at the local bar I departed from. He then cuffed me and two more squad cars pulled up in front of my house.

I tried to explain to them who I was. I told them they could search my vehicle and also review the parking lot security cameras. I was handcuffed almost an hour, which was embarrassing since my kids saw me cuffed as if I committed a crime. When it was all said and done, I never matched the description. the female, who was intoxicated, dropped her purse between two cars. I was un-cuffed and released.

Later that night, a deputy from the sheriff’s department who was in charge of the investigation stopped by house. He went on to explain to me that I was never supposed to be handcuffed/searched, but just told to standby for questions. He was extremely pissed about how the police department handled the situation. Even more upsetting was that same detective had sat in my office on my base before. We had discussed issues assisting each other on the law enforcement side since our community is primarily all military. Still, he spoke to me as if I was a criminal and not someone he knew, which was a slap in the face. I am treated different in and out of my uniform. I’m sure if this was someone else, this would never have happened.

My son has experienced racism at his high school (which has maybe 1% minorities), where certain students are punished differently. He was once suspended for basically being fed up from harassment. He was being harassed by a white female who liked him, but he didn’t like her. She would throw items at him and do things to him until finally, he was fed up and returned the favor by putting ketchup on her. We understood he was wrong and explained that to him. The principal decided to suspend just him and take away his opportunity to go on his class trip and the female received no punishment, despite all she did. Students came forward, but the principal disregarded it. His mom and I had to reach out to the school board to get answers because the principal ignored us until the Superintendent got involved.

It’s hard being black in this world. We are ‘free,’ but not really. As an African American man, I have to not only be cautious, but also teach my kids to be as well. A lot of people don’t care for us. They don’t or refuse to understand what we go through because they never experience it, so they don’t see the injustice. I want people to see how we as African Americans feel on a daily basis. Our ancestors built this county for the most part, and they have a lot to do with the development and growth of this nation, but still are experiences are cut out of history books.”

This story was submitted to Love What Matters by Ron Johnson of Florida. You can follow their journey on Instagram and Facebook. Submit your own story here and be sure to subscribe to our free email newsletter for our best stories.