“I had just dropped my son off at his dad’s and it was a windows down kind of spring day in Atlanta. Driving down Memorial I slowed for a red light and standing at a MARTA bus stop was a young man. We made friendly eye contact and he quickly asked me a question: ‘Ma’am, would you like to be my chauffeur tomorrow for my girlfriend’s prom?’ I smiled because I liked his gutsy move and his charm and then proceeded to give him an auto-pilot answer. ‘No. I am sorry, but I have plans.’ I then proceeded to drive away in my Porsche Panamera. (The car, you know, being the reason he asked me.)

Not even a block away I started thinking about the tiny exchange and why I said no, and I decided without anything other than gut instinct to turn the car around and go talk to this kid. His name, I learned, was Jonathan. The look on his face when I came back was wide-eyed and fantastic. We exchanged details and I agreed to pick him up at his mom’s the next day. As I drove away for the second time, I felt excited and open and super present.

When I went to pick him up, he wasn’t even close to ready and his mom was kind enough to let me in. We talked about our kids (both of us having a son), how long it actually takes a teenage boy to get ready, and she couldn’t thank me enough for giving her son this opportunity. It felt ridiculously good to connect with this woman and help facilitate making his girlfriend’s prom one to remember. Once Jonathan was ready I took some pictures of him and his mom and quickly learned it was going to be quite a WHILE until his girlfriend was going to be ready.

With a couple of hours on our hands, I suggested we hit some favorite Atlanta spots and do a photo shoot. We drove all over! We hit downtown, Old Fourth Ward and the West side, finding lots of places to pose with landmarks and street art. Jonathan talked to me about school, what he wanted for his future, his dad, sports, Atlanta in general. It went from funny to heavy to light. There was never a lull in conversation. It wasn’t lost on me how happy, energized and engaged we both were during this experience. It was so random how it happened, but felt so intentional at the same time.

We then picked up his girlfriend who was seriously glam’d up for the night. She looked beautiful and confident. I took pictures of them with her family and then we were off.  They were chatty and to themselves in the backseat and I took to my role as the evening’s chauffeur.

We were headed to the Fox theatre as her high school had been chosen to have their prom held there. She asked if I could drop them off right out front of the theatre with my windows down blaring a Future song. ‘Yes, I can do that,’ I told her. She then asked if I could spin my wheels for the dramatic sound and smoke effect upon arrival. I didn’t feel overly comfortable trying that for the first time in my newish car on a crowded Peachtree Street. We compromised that I would rev the engine several times. All the while, Jonathan opening the door for her and she is waiving to the crowd who were seemingly awaiting her arrival.  As I was about to pull away, Jonathan looked back with a gigantic smile on his face and mouthed, ‘Thank you.’

I left with my heart very full and feeling incredibly lucky to have had that experience. It got me thinking about what if we all made more eye contact, or talked to ‘strangers,’ said more yes’s than no’s, were generous just for the sake of it. I promise I got more out of that day than he did. The bonus? Jonathan has stayed in touch from time to time. He even called to invite me to his high school graduation that took place the next year. For me, I think we are all seeking connection in our lives. I know I am. By listening to my gut, it allowed me to solidly connect to my instincts, families I would have never met and a kid named Jonathan whose courage to ask the question led to an amazing adventure for both of us.”

This story was submitted to Love What Matters by Jennifer Pete of Atlanta, Georgia. Submit your story here, and subscribe to our best love stories here.

“To us, there was never a question. In room 117, he came into this world. Crying, alive, and doing it on his own! The doctors were wrong. Was he perfect? No, he was perfectly imperfect, and he was HERE. Alive, and a fighter.”

‘I’m gay.’ I felt empty and shattered—I had never before connected with anyone like this.’: Woman shares beautiful mixed-orientation marriage

“If he was choosing to spend time with me, then why would his sexual orientation matter? When we saw each other again, it was like sparks. It felt like the entire universe was aligning.” 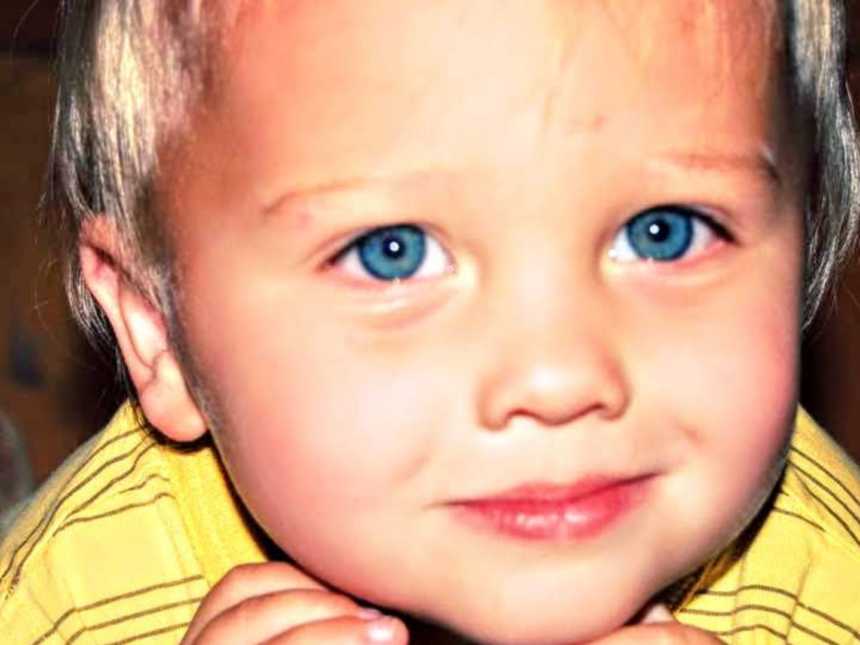 “‘What’s wrong?’ My heart drops. ‘I can’t see anything anymore!’ I feel sick, but tell myself I have to stay focused and calm for my son because he is neither of those things. He’s now stomping around the house, pounding on the table. It all happened so fast. From fine to not in just a few minutes.”

‘My son makes fun of the autistic boy in his class and it’s hilarious!’ You could hear a pin drop. We stopped our giggling, and turned to her.’: Mom of son with autism raises awareness about adult bullying

“I immediately thought I must not have heard her incorrectly. No one would think this, let alone say it out loud. She continued without fear. ‘My son has the whole act down. He covers his ears, repeats words, and even does a hand twitch! He has the flap down perfectly.’ My stomach dropped. I started repeating to myself, ‘Do not cry. Do not cry.’ I willed myself to hold it together. My son covers his ears. My son’s hands twitch. My son flaps his hands. And one of my greatest fears is he will be bullied for it.”