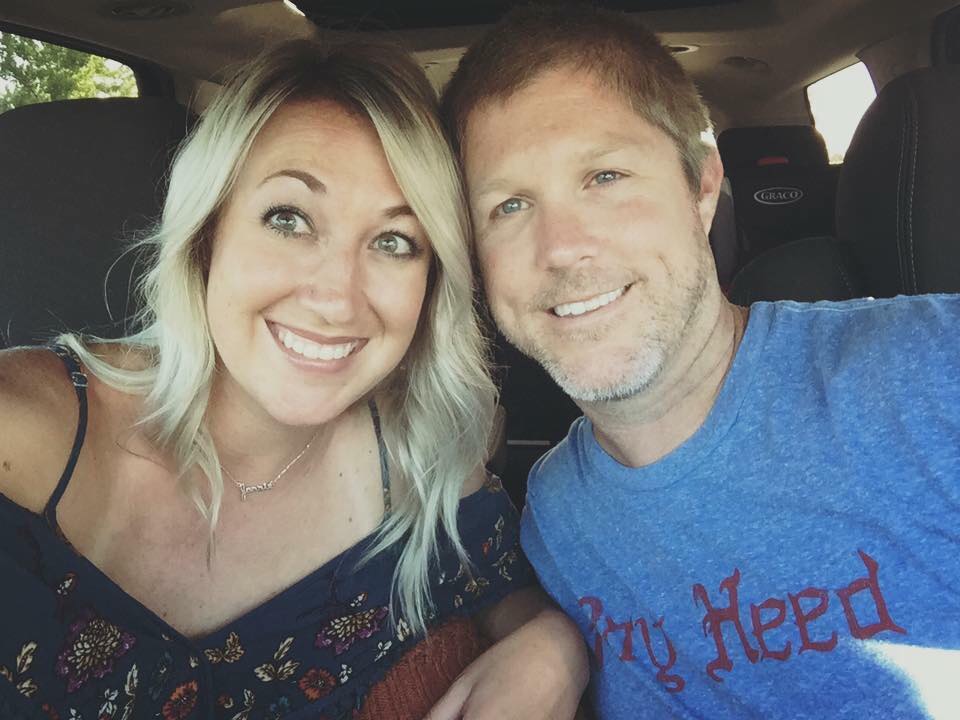 “Marriage is hard. I’m sure there are those who will contest this claim, but for most of us, it’s true.

I used to imagine marriage would be like a romantic comedy. Basically, any rom-com starring Matthew McConaughey, that’s the delusion I hung my hat on. Maybe that’s not entirely inaccurate, the honeymoon phase is very Matthew McConaughey-y, you’re certain you found your soulmate, and you can’t imagine life without them. So what if he can’t hit the hamper to save his life? He’s amazing. It’s no big deal if she covers the bathroom counter with haircare products. She’s perfect.

There you are in wedded bliss. You’re livin’ the dream, and everything is sunshine and tequila, so you think, why not add a baby to the mix?

Now you have this baby, and things get a little more real. You love this little pile of squish with your whole entire heart, but every waking moment is spent caring for this tiny creature. You’re both tired, sometimes grouchy, and OMG DID HE SERIOUSLY LEAVE HIS CLOTHES ON THE FLOOR RIGHT NEXT TO THE HAMPER? WAS HE RAISED BY WOLVES?!

But, you love him, so you roll your eyes, tell him to knock it off, and toss the clothes in the hamper.

The baby grows, you both adapt, and you learn to juggle the baby stuff with the us stuff. He’s still your person, and you’re still his. Milestones are met, family pictures are taken, and before you know it, that baby is a toddler. Toddlerhood is no joke, but you’re a seasoned professional now, and you know how to do this whole parenting thing—even on just three hours of sleep. You feel like you finally have a handle on things, and here comes baby number two.

With a toddler and a newborn in the house, things are the realest they have ever been. Life is loud and sticky, and you know more about the cast of Paw Patrol than you do about your spouse. You’re doing your best to keep it together, and support one another, but WHO NEEDS THIS MUCH MAKE-UP? IT’S LIKE YOU’RE RUNNING A SEPHORA OUT OF THE BATHROOM!

Your wife hasn’t had time to clean, and the house looks like a tornado hit Babies R Us. You’ve had cereal for dinner that past three nights, and your 3-year-old is now calling the sofa “laundry mountain.”

But, you love her, so you load the dishwasher, and then reload it, because she said you did it wrong the first time. You tidy the living room while she feeds the baby, and then watch as a basket of toys is emptied on the only visible patch of carpet.

You’re both tired. All the time.

Your time at home together is often interrupted by a snack request or a kid who just won’t stay in bed. Date nights are few and far between, and the us stuff is moved to the back burner while you attempt to raise a few tiny people into respectable humans. It’s your priority, and you’re in it together, so you sacrifice.

Raising your kids takes teamwork, but careers, stress, and poor communication make teamwork challenging at times. Sometimes you get angry, and you go to bed mad, even though you promised you never would. Sometimes you get irritated, because those once cute quirks are just downright annoying, now. Sometimes you get frustrated, and you say things you don’t really mean.

Sometimes you don’t know what to do.

Sometimes you don’t have the right answer.

But then you remember that you still have each other.

You swallow your pride, and you apologize, because it takes two.

You forgive, because you’re not perfect either.

You’re patient, and you try to do better.

You compromise, because you’re a team.

You make time for each other, because one day those kids won’t be your constant focus. One day there will be time for just you, again. The dust will settle, the kids will be grown, and you will still have your person if you fight for them, because like I said, marriage is hard. Don’t forget to fight.”

For My Husband, Brent. You are the most annoying person I know, but I love you anyway.

This story was written by Jorrie Varney of Close to Classy. The article originally appeared here. Submit your story here, and subscribe to our best love stories here.