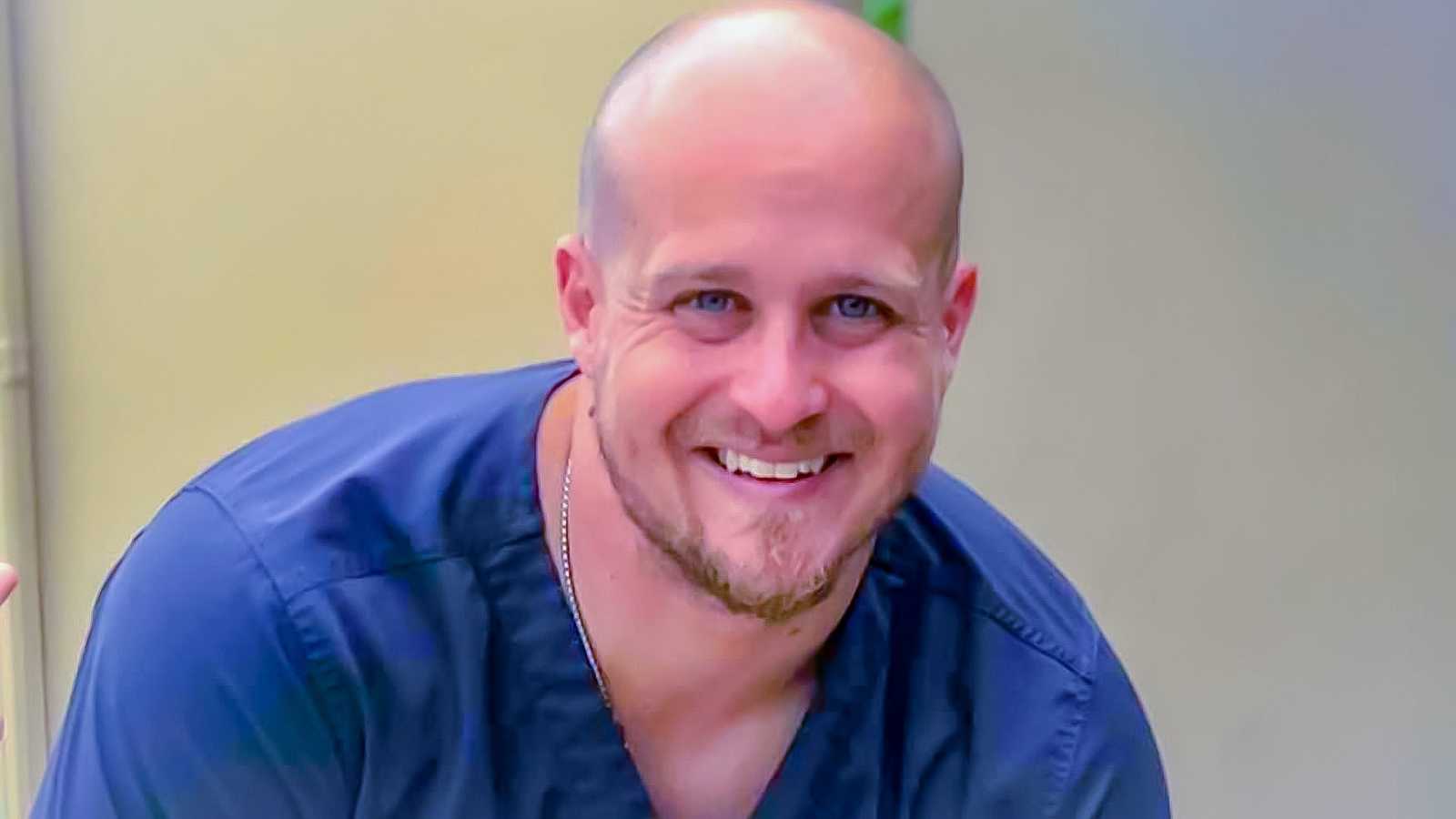 This is a follow-up story to Mary Katherine’s story about her husband’s role as a health care worker during the pandemic, which can be found here.

“When Ian got home from work last Monday, I could tell it had been a rough shift. He kicked his shoes off on the backdoor stoop as he wrapped up a call with a specialist.

‘Please keep me posted,’ I heard him say. ‘I’m hoping they make some progress.’

He’d been off the clock for at least 3 hours but was still advocating for a patient.

‘Hey baby,’ I said when he walked through the door.

‘Hey,’ he responded with a half-hearted smile. He walked straight past me and the children.

The kids used to squeal and attack their Daddy when he walked through the door from work. It was his favorite thing in the whole wide world, but it’s not allowed anymore.

The ‘Daddy’s Home!’ hug has been canceled for some time, now. One more thing the pandemic has stolen.

Ian disappeared into our bedroom after throwing his scrubs straight in the wash. He jumped in the shower, and I went outside to spray down his shoes with disinfectant.

Twenty minutes later, we sat down for dinner.

I asked him how his workday was. He was worried sick over a patient. They had come to the hospital critically ill and tested positive for COVID.

‘He was terrified, MK. The look on his face broke my heart.’

Ian pushed some chicken around with his fork but seemed too distracted to eat.

‘Do you know what he said to me before he was intubated?’ he continued. ‘He said he was sorry. He thought the whole thing was a hoax.’

The frustration on Ian’s face was plain. He was fighting an uphill battle. How do you save a country that doesn’t believe it’s sick?

I didn’t ask for any more details. I knew how my husband was feeling.

Heck, ask ANY health care worker how they are feeling right now. I can tell you what they’re going to say.

They are tired. Bone tired.  Mentally, physically, and spiritually.

These workers who months ago were hailed as ‘heroes’ have practically been forgotten. But they are still out there on the frontlines.
Still diagnosing, still intubating, still holding the hands of dying patients. Still risking their health (and the health of their families) by showing up, every day.

They are fighting against a growing monster that feels more and more unconquerable. Not that it keeps them from doing their job.

As their pay is cut. As nurses are let go. As the pandemic rages on. Healthcare workers show up.

As the virus spreads. As conspiracy theories abound. Healthcare workers show up.

They put their N95 in a brown paper lunch sack, praying it works for another week. They make their arrangements ‘just in case…’ but healthcare workers show up.

Two days later at 4 a.m., I woke to the sound of our Keurig. I rolled out of bed to give Ian a hug and wish him a good day at work. There was a tired sadness in his eyes, so I asked him if something was wrong.

‘My patient died,’ he said with a sigh. ‘The one I was so worried about.’

‘I’m so sorry,’ I said, hugging him tight. ‘You did everything you could.’

The conflict was clear across his face, but he didn’t argue the point. He just grabbed his coffee and kissed my cheek, then headed out the door.

Even then. Perhaps, especially then.

‘If I ever catch someone in my newsfeed talking about doctors being ‘bought by big pharma’ again I’ll shoot lasers from my eyes.’: Woman defends healthcare workers. ‘Remember that they showed up, every day’

‘I was sick, and in survival mode. Holland was screaming, ‘DO IT AGAIN DO IT AGAIN!’ Then, I heard thumpthumpTHUD KURPLUNK!!’: Mom says to remember ‘we have to count to ten’