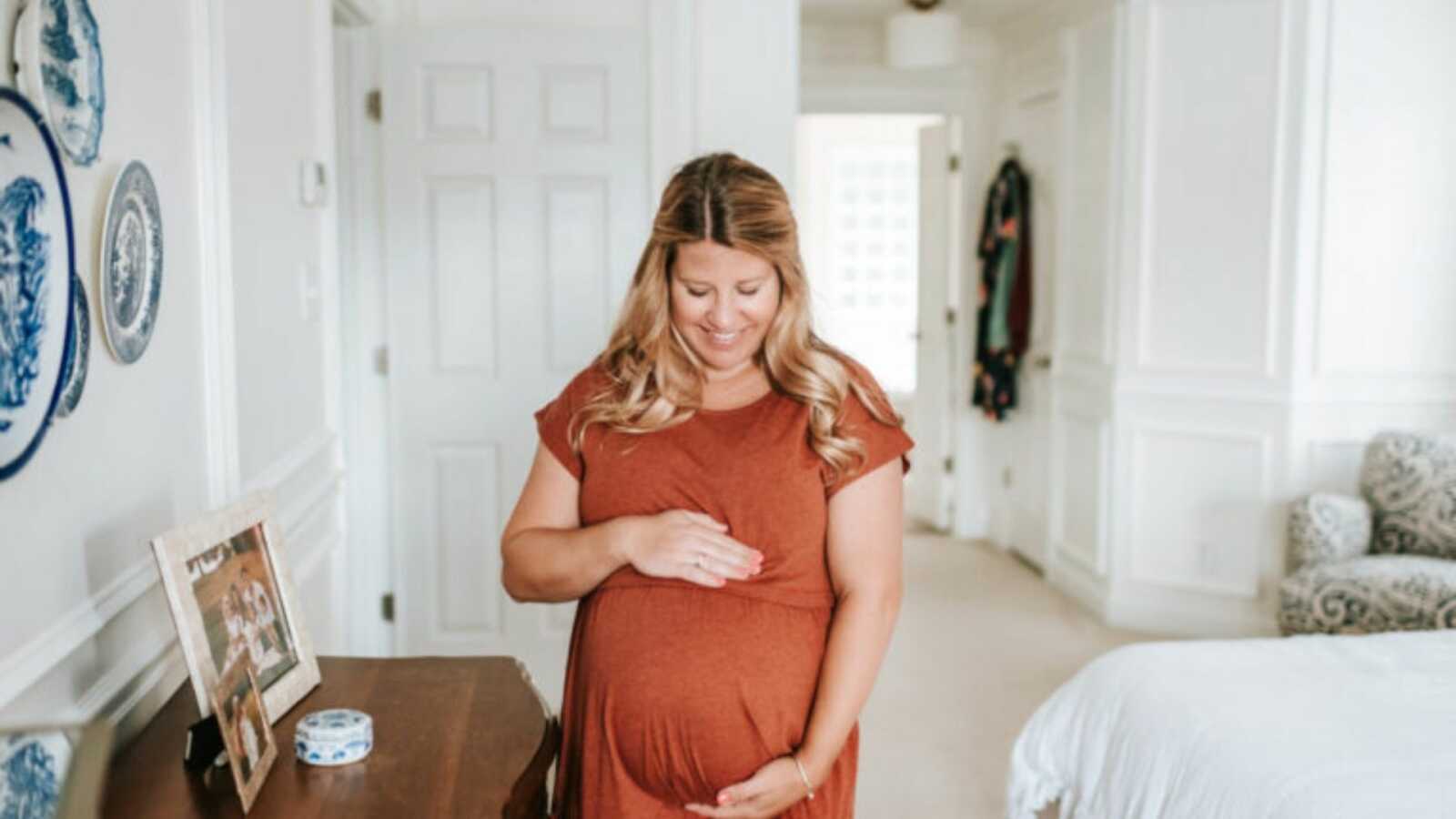 “I think it went really well!” I told my husband excitedly as I wiggled out of my blazer, which was now definitely too snug on my third-trimester body.

“Did they say when to expect a callback?” he asked, with noticeable caution in his voice.

We had been having this conversation for months already. It would start with me excitedly telling him that a company had reached out to me with comments on my “impressive resume.” And the first interview would almost always go well.

But then, every single time that a company made the follow-up call to discuss “next steps,” and I disclosed that I was pregnant, the conversation ended. 47 job applications later, I was now in my third trimester, my due date rapidly impending, and not a single company had called back after “The Pregnancy Talk.”

Since late fall, I had been actively applying to part-time copywriting jobs. Although I have a full-time job, my company does not offer fully paid maternity leave, so I was in the pursuit of short-term, part-time hours to offset the costs of the unpaid weeks we knew were coming in the spring.

The jobs that I applied to were ones that many employers said needed to be filled immediately–something I was eager and professionally prepared to do. And yet, once they had expressed interest in me and I disclosed my pregnancy, I was either ghosted or hit with the “please apply again after your maternity leave.”

I didn’t blame them, but I did start to wonder if perhaps my value while pregnant had diminished to only one thing: being a mother. To say the least, it was a disheartening few months.

So, a bit of encouragement for the many mothers or moms-to-be who may find themselves in my position: there are companies hiring the pregnant woman when she is most qualified for the job. There are companies that know mothers make some of the best employees when given the opportunity.

After all, we have a reason to be driven in our careers, we know how to multitask better than almost anyone, and we don’t have a lot of time to spare, so we are uncompromisingly productive when working.

It was nearly impossible to find a company that saw that value in me once they knew I was pregnant, though. And how many hundreds of thousands of working moms already know this story? They weren’t given the chance to get the job. Or maybe even worse, they returned after maternity leave, only to be let go on their first day back. These stories are well-known among moms and often can make the quest for a job feel overwhelming and defeating.

The companies who realize the value of hiring mothers sooner will undoubtedly see pay-offs that continue to prove the power of the working mother. The more we recognize this oversight in our workforce, perhaps the more companies we will see eager to hire mothers and everything they bring to the table.

Maybe motherhood isn’t just something to hide in the pursuit of a career. Maybe ‘motherhood’ deserves a spot on your resume instead.

This story was submitted to Love What Matters by Latched Mama. It originally appeared here, on their blog. You can follow their journey on Facebook, Instagram, and their website. Submit your own story here and be sure to subscribe to our free email newsletter for our best stories, and YouTube for our best videos.

When It Comes To Postpartum Moms, The Most Valuable Help Has Nothing To Do With The Baby At All

I Miss The Person I Was Before I Had Kids