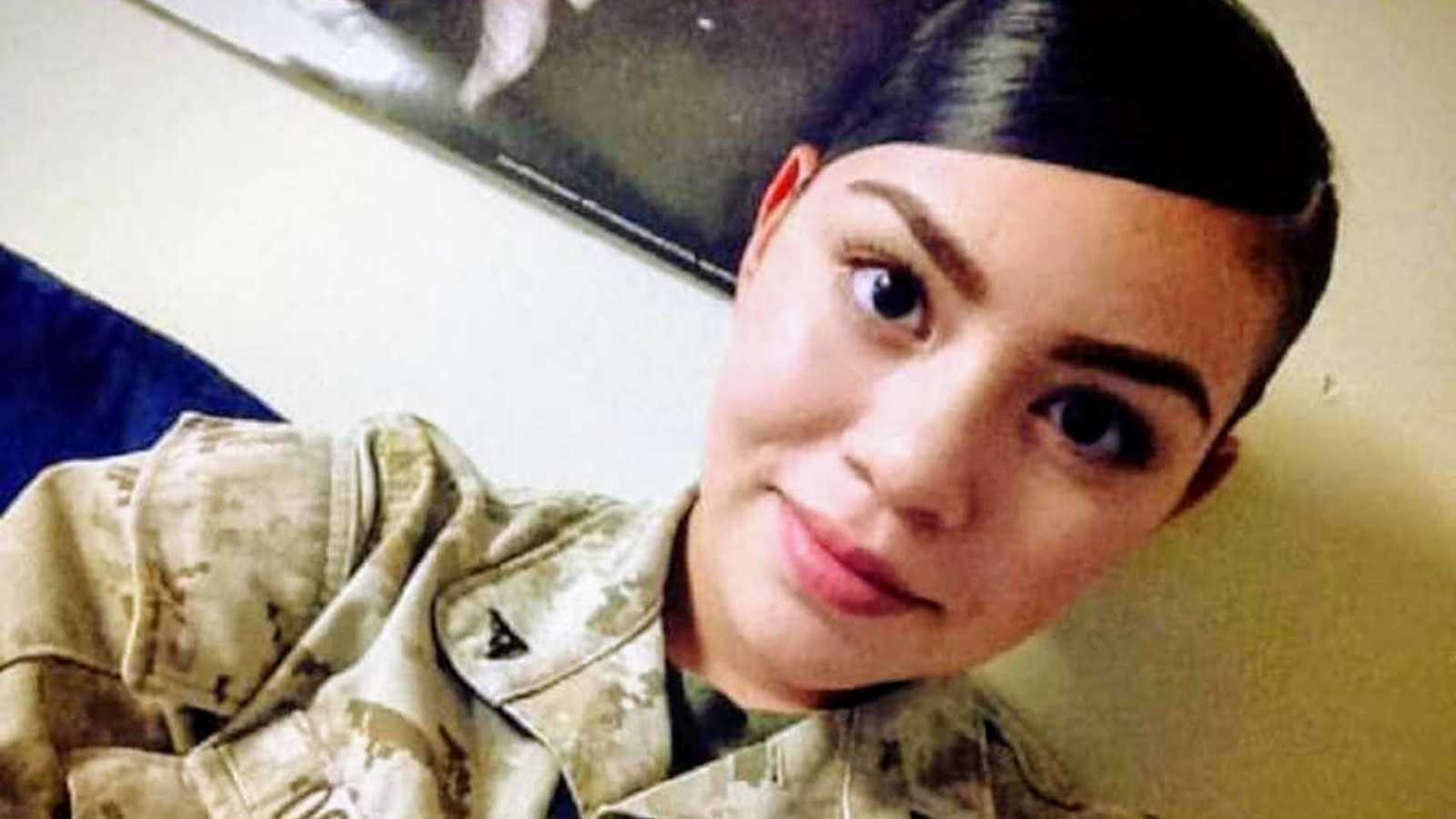 Disclaimer: This story contains details of physical abuse and verbal harassment that may be triggering to some.

“This is one of the hardest stories I have ever brought myself to write. However, I think it’s time for me to discuss something that has been weighing heavily on me for quite a while now. Please keep in mind the picture I have posted of myself was taken in 2012 at one of the lowest points in my life; I was 18 years old and stationed in Okinawa, Japan.

Ever since reading about Vanessa Guillen’s disappearance, I have become gradually more horrified with the details that have come to light, mainly with the harassment she faced from a superior. I can imagine it is hard for most to believe she was subjected to this treatment and no measures were taken on behalf of the Army to correct these occurrences, but it is an all-too-common reality.

I, too, was young and naive when I left home at 18 years old to join the Marine Corps. As someone whose parents both immigrated to the United States from Mexico, I was excited to finally be a part of a family here in MY country. Sadly, I quickly realized not everyone in the Corps was my ‘brother’ or ‘sister.’

It only took a month for me, Private First Class Ocampo, to be harassed and physically assaulted by my instructor, a man 4 ranks my senior. Not only did he slap me across the face, but he humiliated me and degraded me as a woman, calling me nothing more than his ‘mattress’ and saying the only thing I would ever be good for was sex.

When I reported him, I was not met with support from my higher-ups. Instead, I was met with negative proficiency and conduct marks. This man would still come into my classroom and call me a ‘b*tch’ in front of my peers and senior instructors while they stood in front and smirked at me. Months later I was blamed by one of them for making the entire story up and having him separated from the Marine Corps.

It only took 6 months in the Marine Corps for me to lie awake in my empty barracks room in Okinawa while other Marines knocked at my door and told me they were going to get me first, as I was new to the island.

It only took 7 months in the Marine Corps for my MARRIED Corporal to harass me, call me drunk at all hours of the night, call me ‘baby,’ and punish me because I didn’t want to socialize with him outside of work hours.

It only took 9 months in the Marine Corps for me to realize there were men standing outside my barracks room window while I slept. I told my Corporal, and he thought it was funny.

Throughout my 4 years in service, I had COUNTLESS situations like these occur, some I am not ready to discuss. I am sure I am not the only one.

I have had many friends that were raped and ridiculed. They were taunted and called ‘wh*res.’ Many of these women weren’t even granted the opportunity to process their trauma, still having to work alongside their rapists.

Aside from the everyday things women in the military deal with, we often get, ‘You slept your way through the ranks,’ or ‘You’re either a b*tch or a sl*t…’ NOTHING hurt worse than not being able to trust your leaders.

I still live with anxiety and depression every day. I hide my feelings partly because I think nobody will believe me…it’s devastating to know I am not alone.

Sadly, we are all Vanessa Guillen. I am lucky I was able to find great leaders throughout my time, but the same can’t be said for everyone else. I hope with my entire being she is found and whoever is responsible for this faces the highest level of punishment possible.”

This story was submitted to Love What Matters by Nathalie Ocampo Meda. You can follow her journey on Facebook and Instagram. Submit your story here, and be sure to subscribe to our free email newsletter for our best stories.

‘Why bother? Nothing’s left of my life.’ I was a washed-up, homeless veteran injecting meth into my arm.’: Veteran launches organization to end veteran suicide after battling addiction, ‘Your life is worth living’

‘Too bad she’s gay!’ I was just a freak, or ‘the attention seeking weirdo.’: Vet survives abuse, depression, ‘I am not broken’

‘In my rearview mirror I saw a small, dark SUV turn around and follow me. ‘What’s going on?’ The police jumped out and drew their guns.’: Military veteran details experiences with racism in and out of uniform