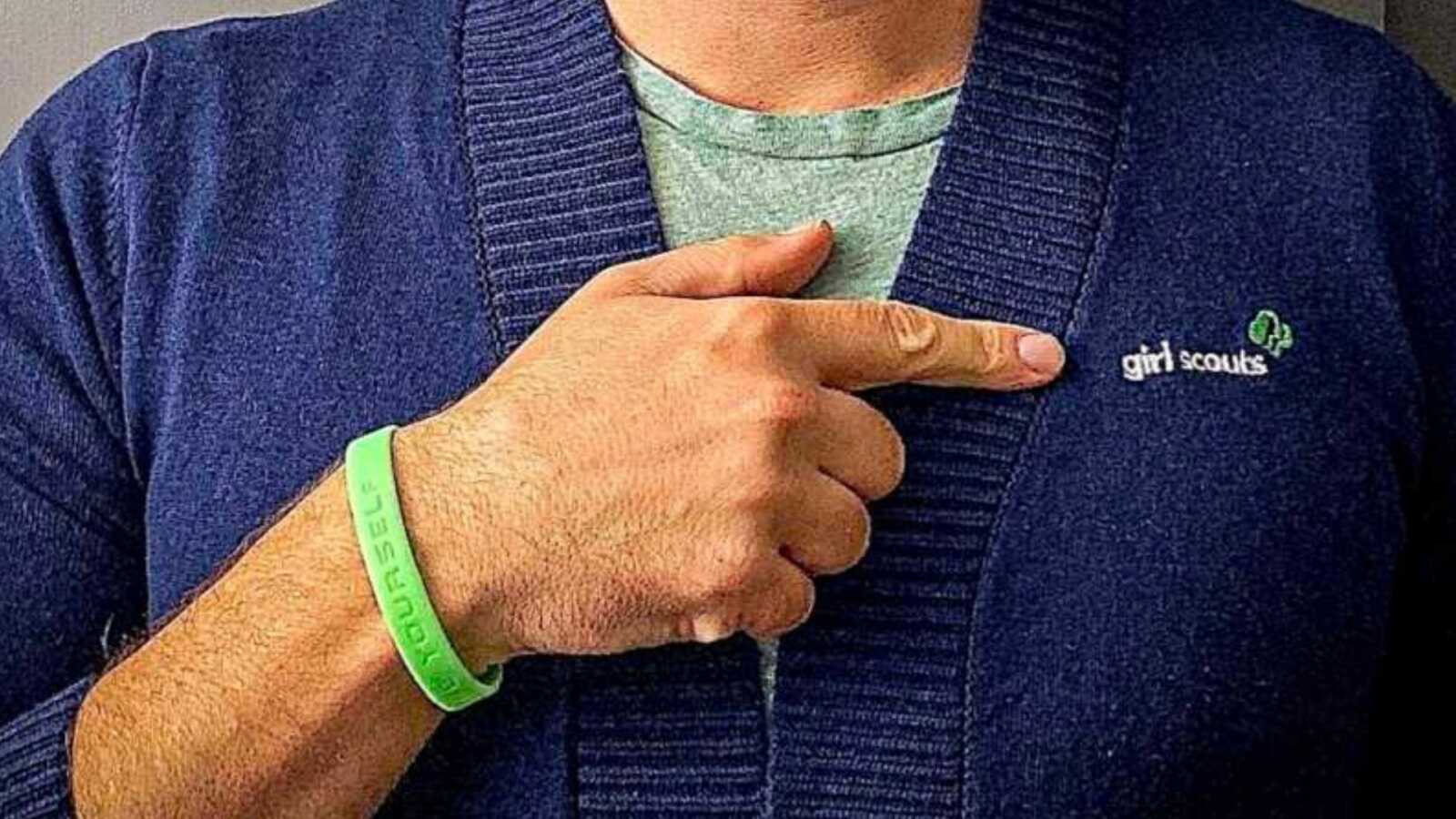 “I have a problem with gender role stereotypes. And I want to talk about it. Treating people right is about kindness and respect, not male or female. Raising children is about love and commitment, not mother or father. We are all parts of the same purpose – to make the world around us better.

This past weekend, I officially became a Girl Scouts troop leader. I am super excited about it. And nervous too – because I put a lot of pressure on myself to influence others positively. I’m proud to be in a position to teach young girls about leadership, empathy, and social responsibility; and help them become amazing people. And I know I can do just as good of a job as a woman can.

The emotions of this experience got me thinking. Frankly, I’m bothered we are still so far away from creating equality in the workplace and in the home. It should be about performance and merit, but society still seems to think otherwise.

Here is the reality. WE ARE MISSING THE POINT! It’s actually about love. About loyalty. About intention. About effort. It shouldn’t be so hard to be fair and honest and genuine. But we often continue to let selfish philosophies interfere with our thinking regarding gender roles. In fact, we need to eliminate the use of ‘gender role’ altogether!

Sure, I get it, there are physiological, emotional, etc. differences between women and men. As we all know, science has confirmed this. And that’s just fine! But it should never mean that a person’s efforts, abilities, and accomplishments should be devalued because of their gender!

If we can all incrementally shift our mindset to believe it’s about doing good rather than fulfilling a role, and actually demonstrate this through our actions, then maybe we can accelerate this cultural change process!

I deserve to be respected as an equal parent because I bust my ass trying to be an amazing parent. Anyone who is willing to embrace a responsibility, be a role model, be authentic, and give something the best of what they got, deserves to be treated equally as a human.

Just be you and do your thing without thought to gender relevance!”

This story was submitted to Love What Matters by Damon D’Arienzo of Massachusetts. You can follow his journey as a single father on Instagram, Facebook, and his website. Do you have a similar experience? We’d like to hear your important journey. Submit your own story here, and be sure to subscribe to our free email newsletter for our best stories.

‘I had to leave. I had to be a single dad to be a better father for my daughter.’: Single dad explains his relationship was ‘vulnerable, beyond repair,’ despite being determined to have a ‘strong co-parenting relationship’

‘It’s not fair,’ my daughter said, tears welling up in her eyes. I’ll never forget the first holiday I spent without her.’: Single dad determined to make splitting holidays work, ‘We were together and that’s what matters’

‘He was more than a friend. He was her protector. The one at school to rescue her from a tough day. I will never forget him.’: After daughter loses close friend, dad remembers his legacy, ‘He will live on in us’

‘What could your excuse possibly be, Dad? You’ve known about the dance for weeks!’: Single father says dads aren’t ‘showing up’ enough, ‘I am doing all I can to cherish her’