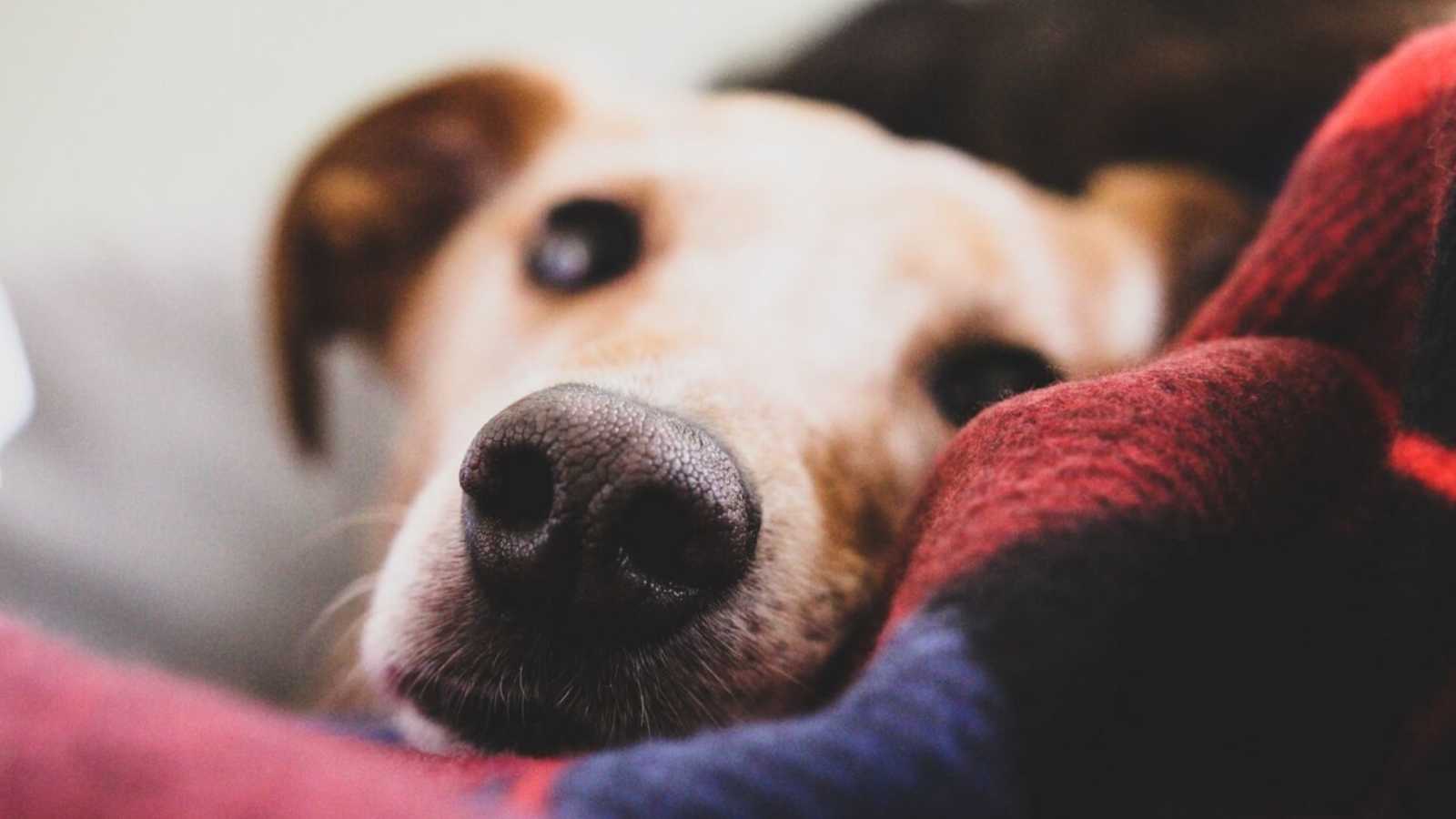 “As I drove home from work this evening, while stopped in traffic on the busiest road in my town, I saw a dog galloping down the center of the opposite lane of travel. It was below freezing out, snowing, windy, and rapidly getting dark. I’m a dog owner and lover, this kind of thing makes my heart ache. I immediately turned on my 4-ways, pulled my car up on the curb, threw it in park, and jumped out to try and intercept the dog.

If I had to guess I’d say he was a chocolate lab and poodle mix. He was clearly not a mean dog, but he had no intention of stopping. He was galloping toward me and I whistled, called out to him, made kissy noises, clapped my hands, and yelled every variation of the word treat (biscuit, cookie, snack, nom) I could come up with hoping to draw his attention – all to no avail. He veered around me in the road and kept going, but I was able to see he had a harness on. Thankfully, the traffic around me was paying attention and had patiently stopped for us. I ran back to my car to grab a spare leash and headed back up the road after him.

By the time I got back to my car and grabbed the leash, the dog was gone from my sight (and I was wearing a dress and heels) so I hopped back in my car, made a U-turn, and went looking for him. I turned onto the first side street I came to and he had done the same thing. I could see him about 100 yards ahead of me, still galloping. I caught up with him, passed him, pulled over and hopped out with the leash to try and intercept him again, but he was too quick for me. In heels, there was no way I was going to catch this dog. And today, of course, was the day I forgot my sneakers in my office at work. 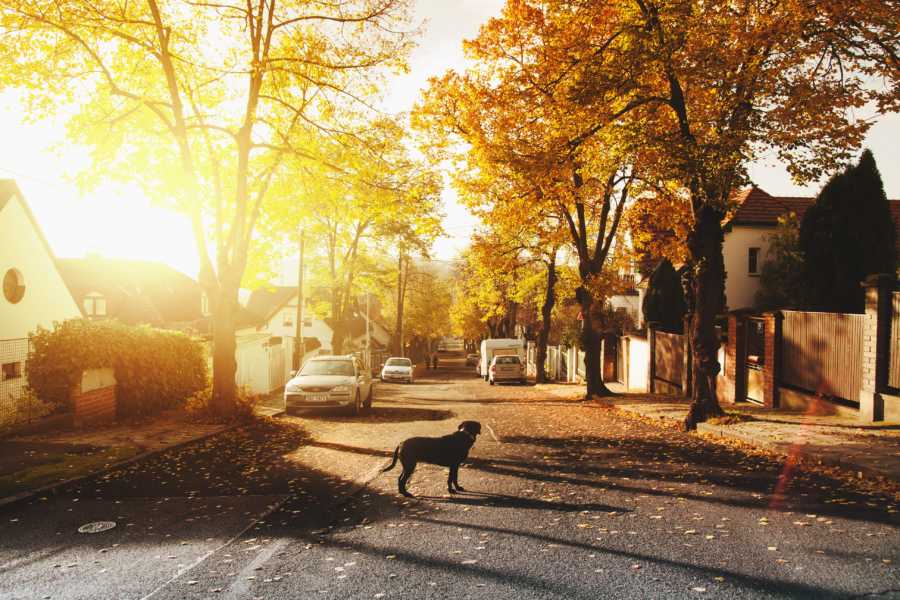 With my 4-ways on I drove slowly behind him. I was worried an impatient car behind me might try to pass me, not see the dog, and accidentally hit him. So, I drove just over the center line and was flashing my high beams as cars approached in the opposite lane. Mercifully, cars traveling in the opposite direction slowed to a roll and moved as far to the outside of their lane as they could, giving the dog a wide berth. I couldn’t catch him but I could keep him from getting hit by a car while I called animal control.

Unfortunately, animal control clocks out at 5:00 pm and they were long gone. So, my call got bounced to a 911 dispatcher who was not thrilled with me to say the least. I gave him a description of the dog, told him the road we were on and which direction we were traveling and he said he’d send an officer out then hung up. Meanwhile, in my side-view mirror, I could see a white work van pulling out from the lane behind me and coming up next to me. I rolled my window down and waved my arm out trying to tell the van to stop and he slowed down but stayed next to me.

While I was blocking the intersection I saw the white work van pull past me and I PANICKED that he wasn’t paying attention and was going to hit the dog.

And then the greatest thing happened. A man, a mail carrier – because now I could see the logo on the side of the van, stopped, jumped out of the van and took off after the dog on foot. I immediately pulled through the intersection, parked on the side of the road, grabbed my spare leash and took off on foot in the mail carrier’s wake. Three blocks down, about 30 feet from a really busy intersection, the mail carrier lunged and managed to grab onto a strap on the dog’s harness. They came to a stop and I was right on their heels.

The man pulled the dog out of the travel lane and onto the shoulder and I clipped my leash onto the harness immediately. He assumed the dog was mine so I explained I was just trying to catch him and keep him from getting hit by a car, but I didn’t know who owned him. I called 911 back to let them know where we were so they could send a police officer to pick up the dog and take him to the next town over where they have 24/7 animal control. The dog was behaving a little strange. He kept trying to get up and run again and it seemed like he didn’t recognize there were people around him. 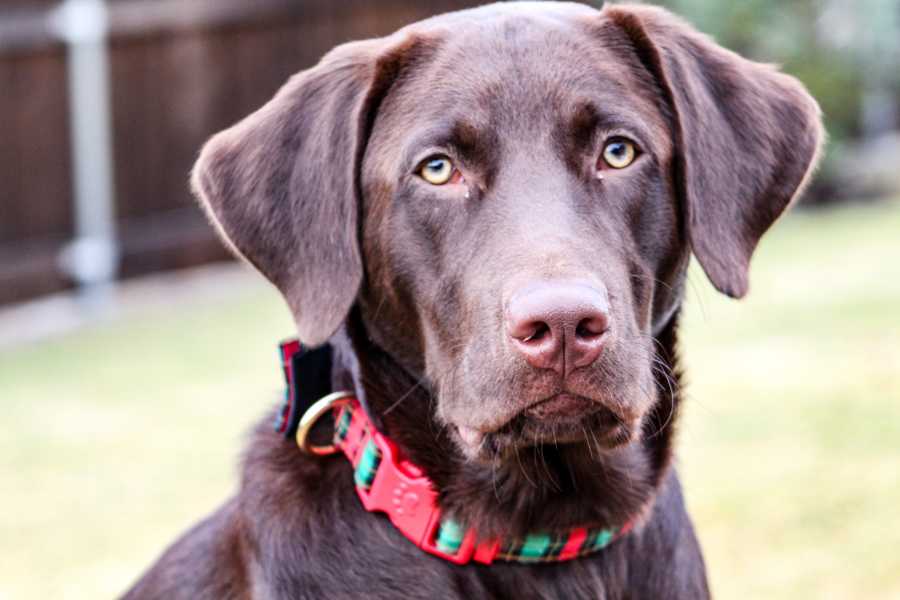 Meanwhile, a handful of people who live nearby came out to see what was going on. Within minutes these wonderful strangers brought us blankets, tissues, water, a bowl of dog food, and treats. Even though he was behaving strangely, the dog still ate the food and this gave two of these amazing people an opportunity to snap some pictures to post the lost dog on their neighborhood Facebook groups. When they were done taking pictures, I wrapped one of the blankets around the dog and sat down on the curb next to him to hold him and wait for the police. The mail carrier had to get back to his van and his work so I thanked him again and he left.

15 minutes later a black SUV came SCREAMING toward the small group of people around me so fast I thought it was going to hit us. I grabbed the dog and rolled back onto the lawn with him. It turns out that in the black SUV were this dog’s owner and her hysterically crying children. They were PANICKED, saying, ‘We thought he was hit by a car!’

I am so beyond grateful to all the amazing, wonderful, unbelievably kind strangers who helped me corral Max this evening. I was never going to be able to do it on my own and they certainly had no obligation to leave their warm, dry vehicles and houses to help me, but they did. Max got to go home to his family, uninjured, because of it. And it brings happy tears to my eyes. 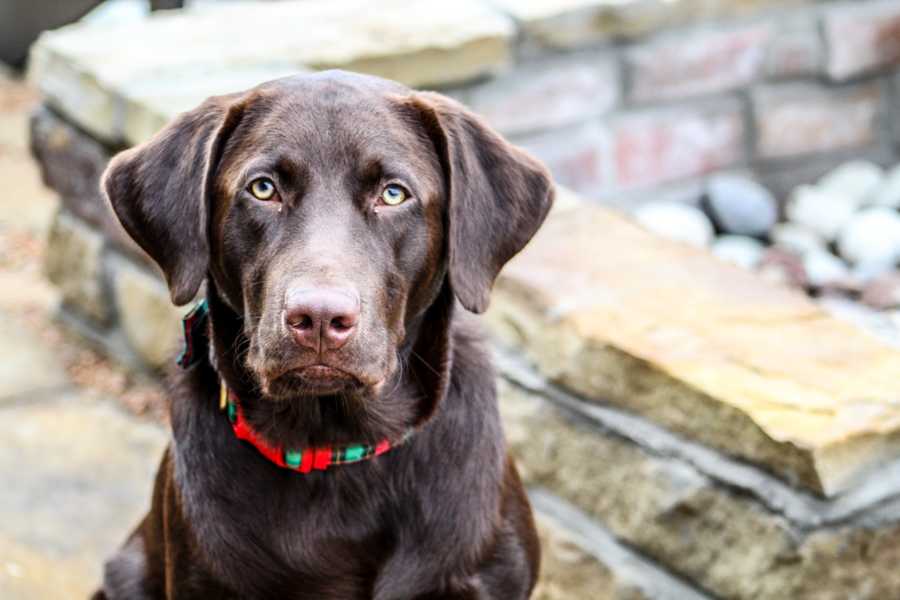 I hope that none of my dogs are ever lost, but if they are, I hope someone will work as hard as we all did this evening to keep them safe until we can be reunited.

If you ever see a dog lost in the road (or anywhere else), please do everything you can to help, but also be safe. Not all dogs are going to be as nice as Max, and not all traffic will be as patient as the traffic around me was. Please don’t get bitten or hit by a car trying to catch a dog. Do what you can safely do. Sometimes all you can do is call animal control or the police and that is plenty.” 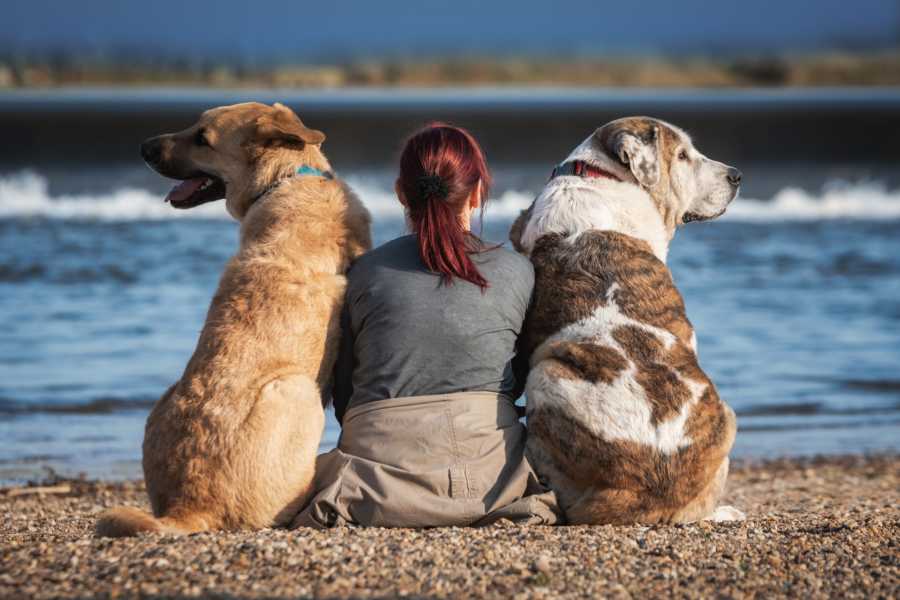 This story was submitted to Love What Matters by Anonymous. Submit your own story here and be sure to subscribe to our free email newsletter for our best stories.