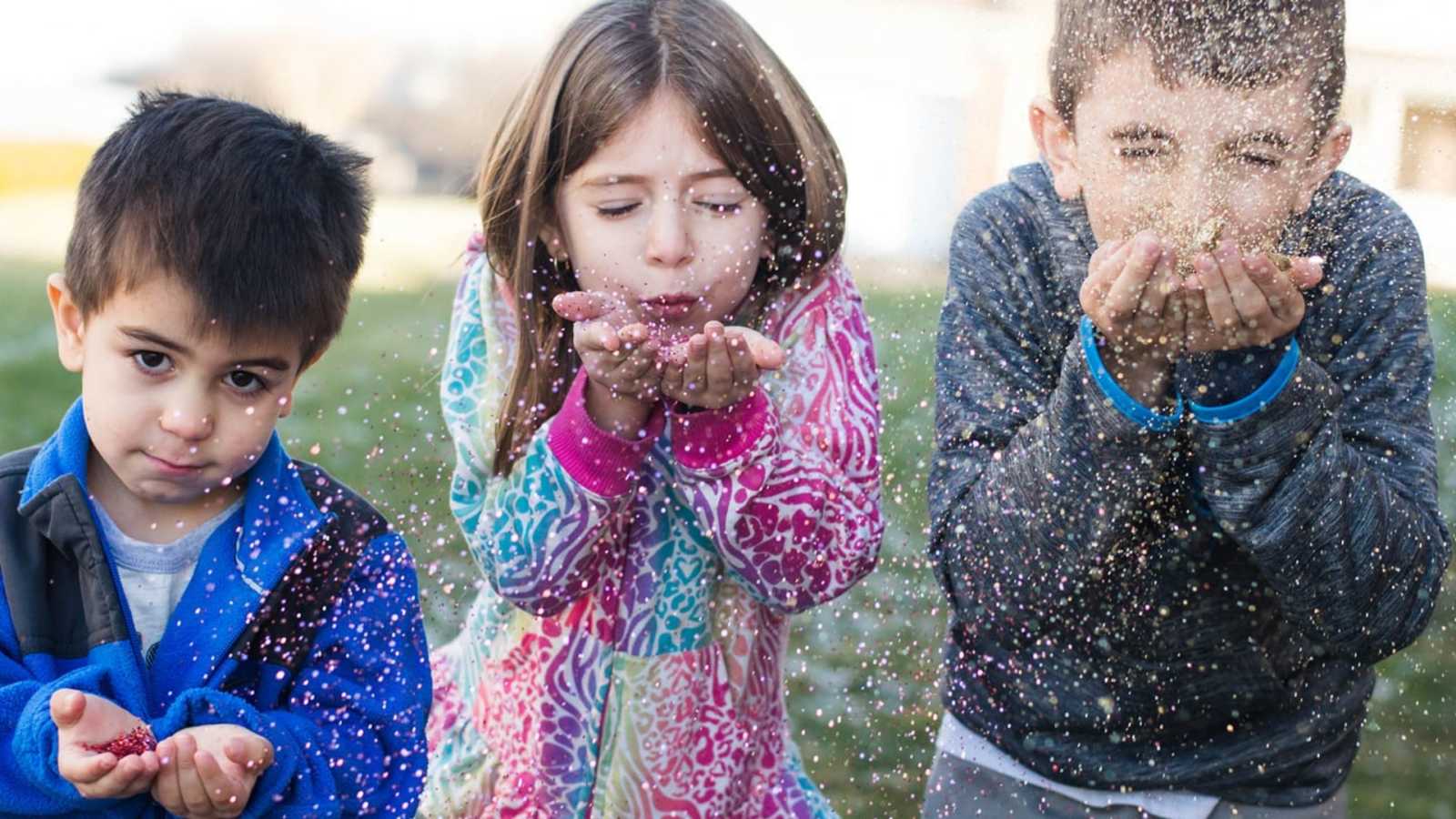 “I am doing everything I possibly can to raise my kids like it is the 90’s.

Are my kids wearing Airwalks, JNCO jeans, and Nirvana T-shirts? Well, no. Are they drinking surge with butterfly clips in their hair? Nope. Are they playing pogs, with their lips slathered in Lip Smackers chapstick? Nah. Are we listening to N’sync? I wish. However, there are other ways I am raising them like it is the 90’s.

I may be biased, but the 90’s were a great time to be a kid. It was a much simpler time. We lived on our bikes. We communicated with our buddies by writing notes on paper. Our biggest concern was figuring out what time the neighborhood game of release or tag started. Life was simple.

My goal is to raise 90’s kids, so they can develop the memories and friendships I did as a kid. Deep friendships – ones that only develop from spending countless hours together inventing games to play. Before technology overload, social media drama, and selfies.

While I am raising my three children, I have noticed the world is quite different, and if I want to give my kids the type of childhood I remember, I have to work at it.

My goal is to create emotionally stable kids, by making life a little more simple for them. I am dedicated to raising my three kids like it is the 90’s by parenting with these mindsets.

Many kids in today’s society do not know what boredom feels like. They may occasionally complain that they are bored, but that is usually only for a short moment before they grab their tablet or I-pads. They don’t know what it really feels like to sit around with nothing in front of them and entertain themselves.

Boredom is healthy for kids. It forces kids to use their imagination and grow. As a kid, we would spend countless hours building forts out of sticks. We would play imagination for hours and really awaken those creative parts of our brain.

2) Let Them Experience A Loss

I remember playing an hour long game of Monopoly with my family. When my younger sister lost, she grabbed a corner of the game board and launched it into the air.

That was always annoying (and slightly hilarious), but it was an important part of growing up. You don’t always win. You have to learn how to lose. Learning how to cope with a loss at a board game prepares you for the losses you will no doubt deal with throughout life. You will get turned down for dates. You won’t always get the job you interview for. And, you won’t always have the biggest house.

You may think letting them win every time will boost their self confidence and avoid tantrums. In reality, you are not doing them any favors in life. Let them lose and cry and flip the game board. Support them when they lose at a sport. Allowing them to lose will give them the tools they need to cope with a loss as a kid – so they won’t lose their minds when things don’t go their way as an adult.

I remember being on vacation when I was 8 years old, and my parents let my sister and I pick out something from a gift shop. I remember picking out a little rock with two googly eyes glued on, and my younger sister picked out a pencil. You can’t make this stuff up: a ROCK and a PENCIL. And I will tell you, I loved that rock, and my sister adored her pencil.

My point is, we only got gifts on our birthdays and holidays, so we were truly excited about every single little thing we got.

Until recently, my kids would walk into a store and instantly try to eye up the largest toy in the store. They had so much crap at home that nothing excited them. Once we started limiting gifts to special occasions, the gifts they got (even the small ones) became special and magical. Experiences became more valuable than gifts when we became less materialistic.

My mom constantly told us, ‘Get outside and play.’ We would play outside for hours and only come in when we were called for dinner. Outside play is crucial for kids’ mental and physical development. They make friends, get dirty, and run off energy – which makes them happier kids.

As long as it isn’t raining or frigid temperatures, we go outside. They run around, breath in the fresh air, and enjoy being kids. Let them jump off swings, skin their knees, and be loud.

In fact, there is a growing dilemma called ‘Nature Deficit Disorder,’ which describes the idea that humans, notably children, are spending less time outdoors, resulting in a wide variety of behavior problems.

With the exception of Easter Sunday, I never remember being told not to get dirty. We’d always put on our ‘play clothes’ (shoes were optional), and we would roll down hills, make mud-pies, and dig for worms.

Your kids won’t be lacking sensory stimulation when they are playing in a puddle!

6) Deal With Their Own Battles

As a 90’s kid, I don’t recall any parents helping us work through arguments with friends. We figured it out between ourselves. Sometimes an agreement was made, and sometimes the fight ended when someone slammed the door and yelled, ‘I am never playing with you again.’ But here is the thing, that is okay!

Unless someone is hurt, we tell our kids ‘figure it out’ when they come to us to work out their little spats. Kids need to learn how to communicate and compromise, and there is no better time for this then during play.

My favorite summer memories were running around outside at night with our friends. We would play tag in the dark, collect lightning bugs, and enjoy the summer nights. We always felt so ‘cool’ staying up late.

Let kids stray from their routine. Kids will learn to be flexible when they aren’t on strict routines. They learn to be functioning adults that can cope with change.

As much as I try to slow it down, I can’t deny we live a fast-paced life. We are constantly running from school to sports and activities. I feel that we are always late. I realized I was making my kids nervous by always yelling ‘hurry up’ at them.

My favorite quality of my kids was they liked to ‘stop and smell the roses,’ and I was basically telling them to cut that out. When I was yelling ‘hurry up’ constantly at them, I was destroying this beautiful childhood quality. Even when we are running late, I remind myself of my easy going 90’s years and let them take their time and enjoy the little moments in life (even if deep down I am biting my tongue because we are super late to wherever we are going).

Think back on your favorite memories. The ones that shaped you into who you are today. Most likely these memories do not involve television.

Everyone’s childhood experience looks different, but I want to pull from the positives of my childhood and raise my kids with those ideals. Let’s do our kids a favor and get back to the ’90’s state of mind.’ Let them ride their bikes, scuff their knees, and dig up worms. They won’t even realize they are learning to be functioning adults.”

‘We left home on our bikes and didn’t return until the street lights came on. Growing up as a kid in the 80s totally prepared me for this.’: Mom encourages kids to have 80s-style independence

‘My mom still waves goodbye to me. She stands out on her driveway and waves.’: Daughter ‘thinks of her mom’ when grieving how fast her own child are growing up

‘I worry your big heart will lead you down a path of bullying. Being the sensitive kid is not the ‘cool’ thing when you’re growing up.’ 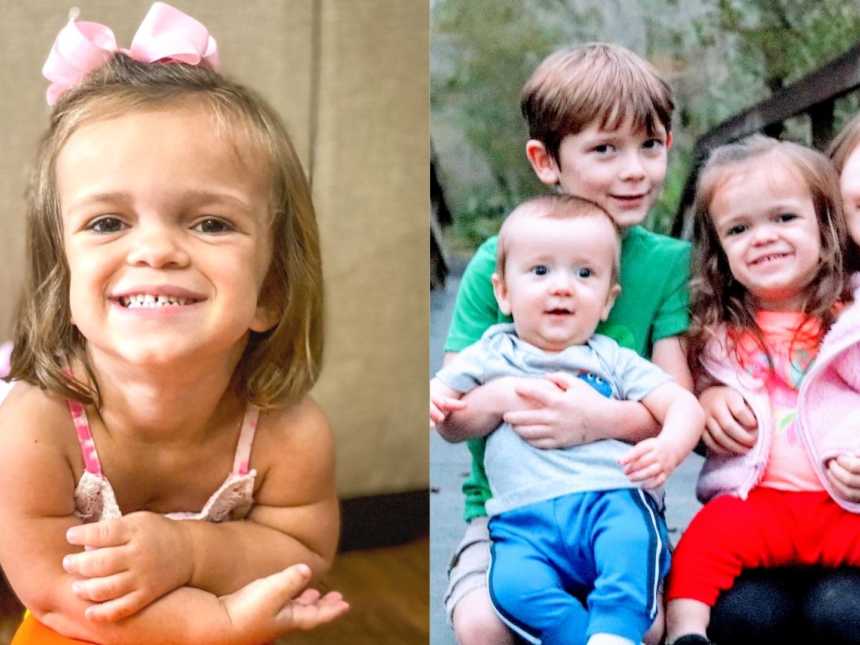