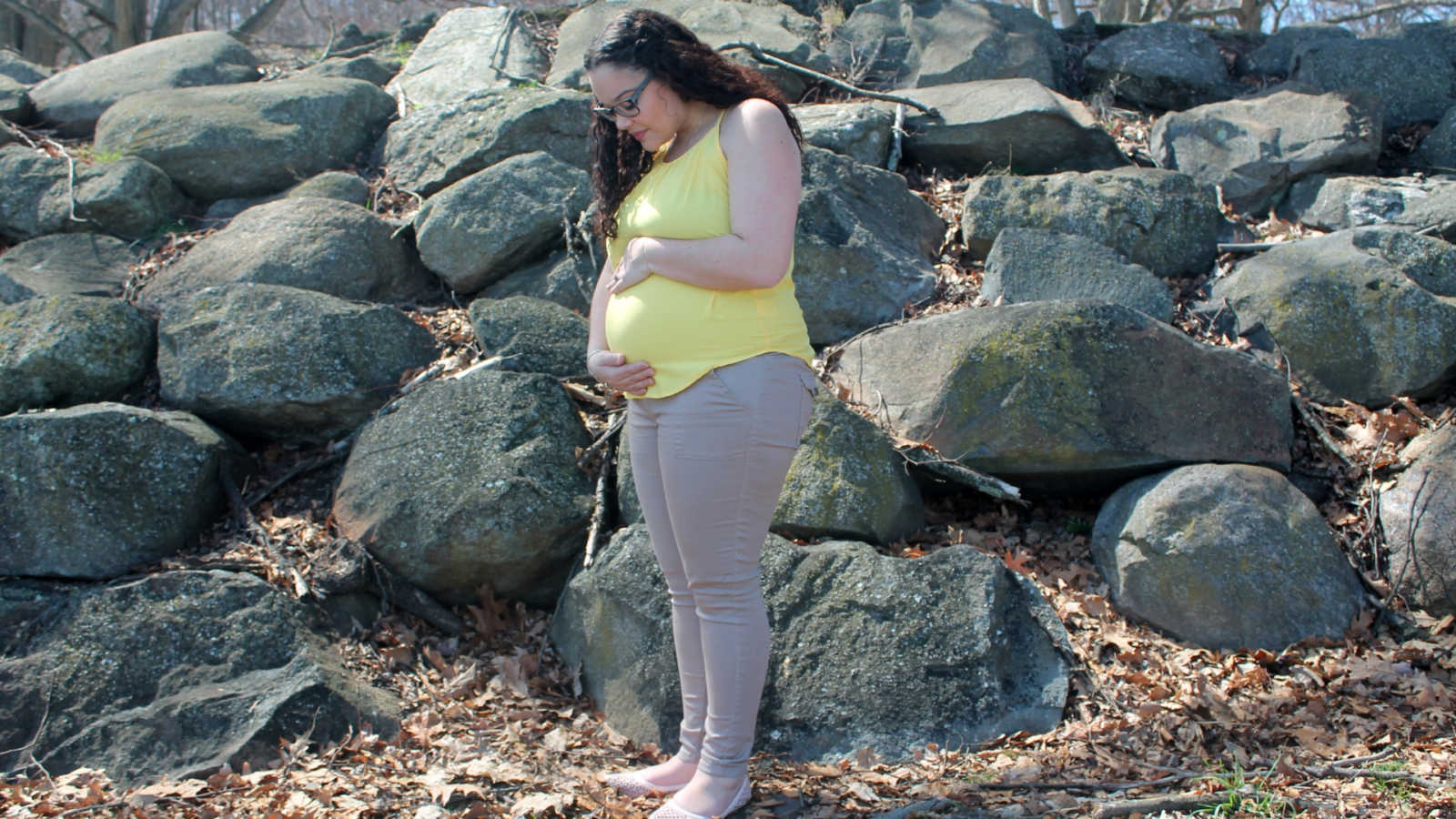 “Congratulations it’s a girl… but she will most likely be brain dead, fully paralyzed and have no quality of life because she has what’s called Spina Bifida. Along with having the worst form of Spina Bifida your daughter will most likely have Hydrocephalus. Your daughter’s spine never fully closed causing her to secrete spinal fluid into her sac where she is inhaling the fluid into her brain. No worries, you guys are young and can try again.’

It’s every girls dream to be a mom, well at least this girl. When I found out I was pregnant, I was beyond happy and my life started to feel complete. All that changed on March 28th 2017, hearing that the little baby I was growing inside me was already going through so much made me feel like the biggest failure. ‘Wow Crystal you can’t even grow a baby correctly.’ My life began to shatter; it all came full circle in that moment when the doctor presented my unborn child as a referral for abortion. I remember looking at the doctor and demanding him to leave the room. As he walked out I looked at my husband and we both began to cry. ‘WHY MY BABY, WHY.’ Returning into the room the doctor then proceeded to ask if we would like to go forward with an abortion. ‘NOOO’ I shouted. ‘Would you like for me to refer you to a hospital that specializes in Spina bifida?’ he responded. Is he serious? Why didn’t he start off with that? Why did he give me everything that could go possibly wrong with my child versus starting with ‘Hey your child has spina bifida but no worries if you want to fight for your child I know the perfect hospital.’

We were referred to Children’s Hospital of Philadelphia, where instead of showing us everything wrong with her, they showed us everything great about her. They used terms like: ‘maybe’ and ‘she might’, but we truly won’t know until she is here and that if we wanted to fight for her they would fight right along side us. We were offered a fetal surgery where they would go into the sac to repair her back. There are many risks but we prayed and decided to go forward with it. In my heart I felt like something very bad was going to happen during surgery and during pre-op they found my placenta was bleeding and that we could not proceed with the surgery. I felt a mix of emotions, glad I was going to live to see another day. If they had operated on me the placenta could have exploded killing myself and the baby, but I also felt like a failure once again. ‘Wow Crystal, first you can’t grow a baby properly and now you can’t provide your daughter with the surgery that may in fact help her have a better life’, so I thought. Due to my placenta they had me on bedrest in the hospital for the rest of my pregnancy. I had to relocate to Philly leaving my family and husband for the rest of my pregnancy. The three and a half month stay in the hospital was very hard. I was trapped in four walls, my husband could only be with me 3 days out of the week due to work. What seemed like an already long pregnancy turned to a never ending pregnancy. To get through I prayed every single night on the phone with a few members of my family and I also had to remind myself everyday that all these obstacles would soon become a memory and I will soon have my beautiful baby girl in my arms.

I wasn’t allowed to hold her due to the lesion on her back but the first thing my husband noticed was that baby girl was moving her arms, hips, and legs. ‘Babe she’s moving! She’s moving!’ The voice of the proudest dad. Doctors did confirm that Riley was in fact not fully paralyzed and that paralysis was only taking place from her ankles down. Doctors couldn’t get over it ‘WOW! A true Spina Bifida Rockstar’

Riley had her first surgery 15 hours after birth (back closure) and then a shunt placement at 7 days old. Unfortunately she had a shunt infection 2 months later where they needed to go back into her brain to retract the shunt, and a new shunt was placed 10 days after. At 8 months old she had a tendon release on her clubfoot. Five surgeries in, countless numbers of doctor visits and she is still smiling! Defeating all the odds!

Of course because Spina Bifida doesn’t have a cure, Riley will undergo a few more surgeries throughout her life, but I thank God we chose to fight for her and continue to fight beside her.

She’s nothing the first doctor we saw made her out to be. Of course she has to work a little bit harder than most kids when it comes to mobility but she doesn’t let Spina Bifida or Hydrocephalus define her.

My advice to anyone going through a similar  situation, follow your heart, trust that everything will be ok, have faith not only in God but in yourself that you can handle all that is to come. We gave our beautiful warrior her name Riley before we knew all she was going to go through and her name means courageous and lionhearted, she sure is both and she doesn’t let her disability define who she really is. She’s in-fact made my life the right amount of perfect.”

This story was submitted to Love What Matters by Crystal Cameron of New Jersey. Follow her journey here. Submit your story here. For our best stories, subscribe to our free email newsletter.