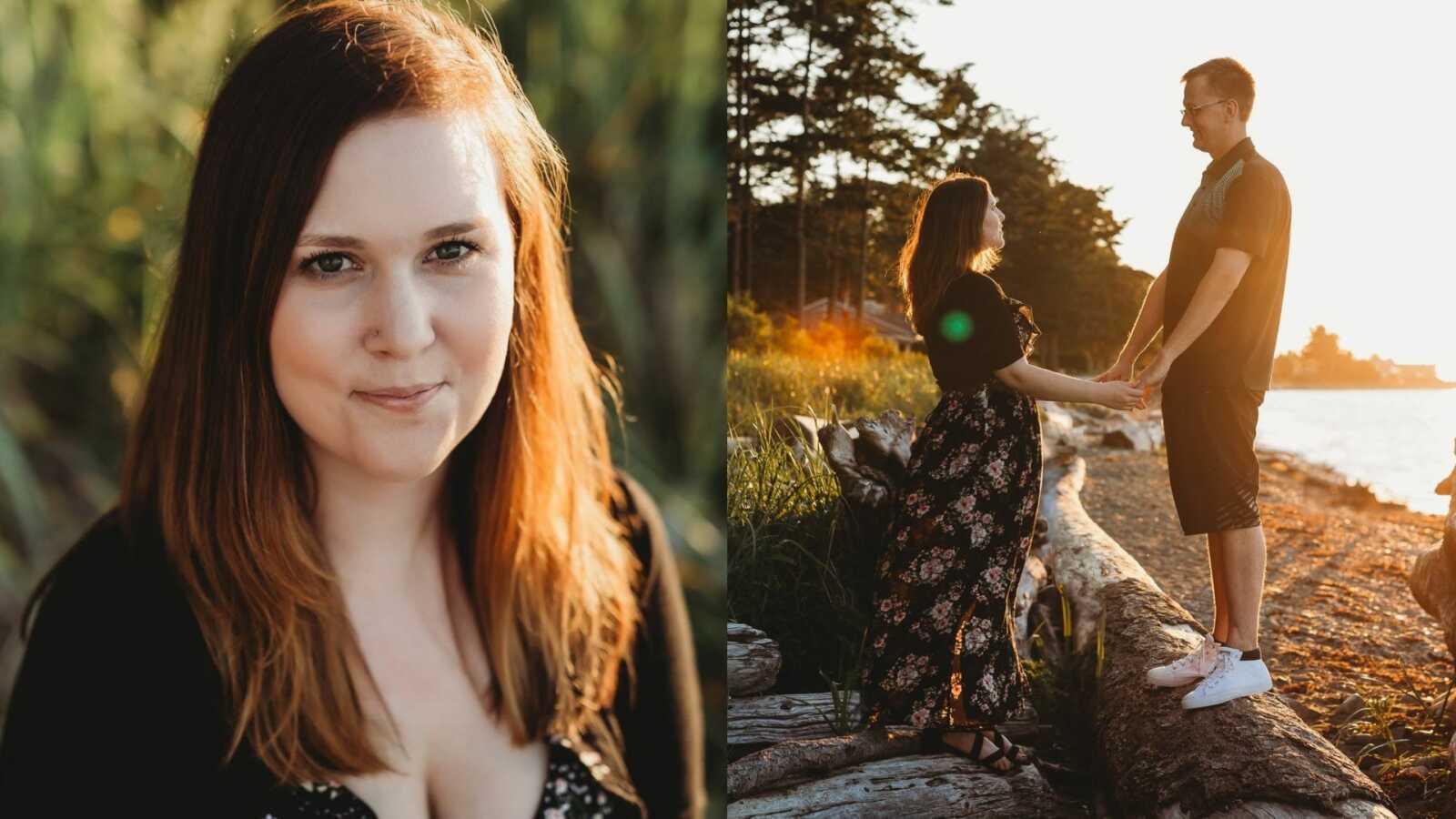 “I never thought this would happen to me. I knew a little bit about IVF (In Vitro Fertilization), but I didn’t know anyone who personally went through it. I would see things on social media about not asking people when they are going to start a family, but I never saw posts from people who were openly struggling. It seemed almost ‘hush hush’ and I want to break that.

I am struggling with infertility.

Rewind to 2013, where I found out I was 8 weeks pregnant with my son Tyrus. I was in an abusive relationship and was taking birth control, so I was baffled. It was because of this that I took extra precautions with Jason because I did not want to get pregnant early in our relationship.

I stopped taking birth control in November of 2019. I’ll be honest, I thought I’d get pregnant right away. We were both 28 years old at the time and in good health. I enjoy some red wine, but Jason doesn’t smoke or drink.

When we didn’t get pregnant right away, I figured we were just bad at timing intercourse. I honestly had to learn about ovulation and how it all works! I knew the basics, but not the timing part. When it still wasn’t happening, I figured it was because I gained weight.

The struggles continued and I started to beat myself up and blame myself for the weight gain, the lack of fertility – everything. I thought I was finally pregnant in July of 2019. I took several pregnancy tests, but every single one was negative.

My cycle went from about 30 days to 63 days. I had NEVER had such a long cycle and I was completely heartbroken. This happened two cycles in a row and this is when my friend Courtney suggested I look into PCOS (Poly-Cystic Ovarian Syndrome).

I looked up the symptoms and could answer yes to every single one of them – irregular periods, hormonal cystic acne, male pattern baldness (so much hair loss), and newly discovered coarse facial hairs.

I took the new information I had learned to my nurse practitioner and she told me missing a period is normal (it’s not for me), and my weight gain must be due to stress or lack of activity. I decided to seek help from an amazing naturopath by the name of Courtenay Boer. She took my concerns seriously, agreed my symptoms do relate to PCOS, and then the investigating began.

In December of 2020, I was unofficially diagnosed with PCOS and I started taking myo-insitol immediately. This is the MOST important supplement for PCOS. It regulated my period within the first month!

While all of this was going on, I started going to acupuncture weekly for fertility. This also helped my body regulate my cycle and start ovulating regularly. By May of 2021, I was still not pregnant. I was tracking my Body Basel Temperature (BBT) and because of this I knew I was ovulating regularly. I told Jason I’d give him ONE more cycle and if I didn’t get pregnant, then he had to go for a semen analysis (1 and a half  years into trying to conceive).

During the first week of July 2021, I had an ultrasound that confirmed PCOS and we also received the devastating news that Jason’s swimmers were lacking and what he did have were swimming in circles. He had so little they didn’t even bother doing a count and his motility was not good. I was relieved to find out I wasn’t crazy. My body was finally working and doing what it needed to do, but his swimmers were not good.

In August, I had a phone appointment with a gynecologist (referral was from April before Jason’s semen analysis). The gynecologist was so lovely until near the end of the appointment when she asked for my height and weight. Her tone changed immediately upon answering.

She told me I should lose weight before considering having a baby (uh, you’re nearly 2 years late on that one) and having a baby at my weight (240 lbs) is dangerous. This left me in tears. Fat women have babies ALL of the time and many of these gorgeous, curvy women conceive naturally.

It broke me. I have PCOS with insulin resistance, which makes weight gain SO easy and weight loss even more difficult. I have been tryyyyyying to lose weight for the last 3 years and despite my best efforts, the scale continued to climb. This is a whole other story!

We decided to ignore the gynecologist and our focus went from me to Jason. He started taking Mito Motile in August and in November had a repeat analysis which showed his motility had increased, but that’s about it.

In December, Jason had an appointment with a urologist who told him he has a production issue and they don’t know why. He advised us we start IVF right away while waiting for the investigation appointments (ultrasound) to start.

This news was absolutely devastating to me. I’ll be totally honest. We cannot afford IVF. Due to the sperm motility issue, we have been advised IVF with ICSI is the best route. This is, of course, more expensive. ICSI is where they take the best looking sperm and inject it directly into the egg for fertilization.

What I found out through this process is wait times for specialty appointments, ultrasounds, and even semen analysis’ take way too long. You must advocate for yourself. If your gut tells you something is wrong go for a second, third, or even fourth opinion.

I also learned there is NO provincial or federal funding for infertility treatments. If you’re in Ontario or Quebec, you can get one funded cycle, but tough luck if you’re out west. We are looking at a bill of $15-20,000 for one IVF cycle and we now have to figure out how we are going to pay for it.

I’ve been talking openly about our ongoing struggles with infertility in our VIP group as well as in our Instagram stories. There is also a saved tab on IG with everything I’ve posted so far. I hope by being transparent about our journey it can help the next couple with theirs. I look forward to the day I can announce loudly and proudly that I am pregnant. It’s going to be a great day!

I did end up creating a GoFundMe for anyone who wants to help out, which you can find here. I am honestly blown away by everyone’s love, support, and donations! This brings real tears to my eyes. I am starting to finally get excited about the idea of IVF. With this being said, we have a phone appointment scheduled for January 15, 2022 to go over our IVF protocol! It’s crazy to think I could be pregnant by April!”

This story was submitted to Love What Matters by Michelle Johnson. You can donate to her GoFundMe here. Submit your own story here and be sure to subscribe to our free email newsletter for our best stories.

‘I immediately lost it. ‘I’m NEVER going to be able to have kids of my own’ was on repeat in my head.’: Woman shares emotional infertility journey

‘We were so focused on building a family, we forgot we ARE a family.’: Woman details infertility journey, ‘We have so much love for each other’

‘Will my body do its job?’ There was less than a 50% survival rate.’: After battling infertility, high-risk pregnancy, couple turn to surrogate for second child 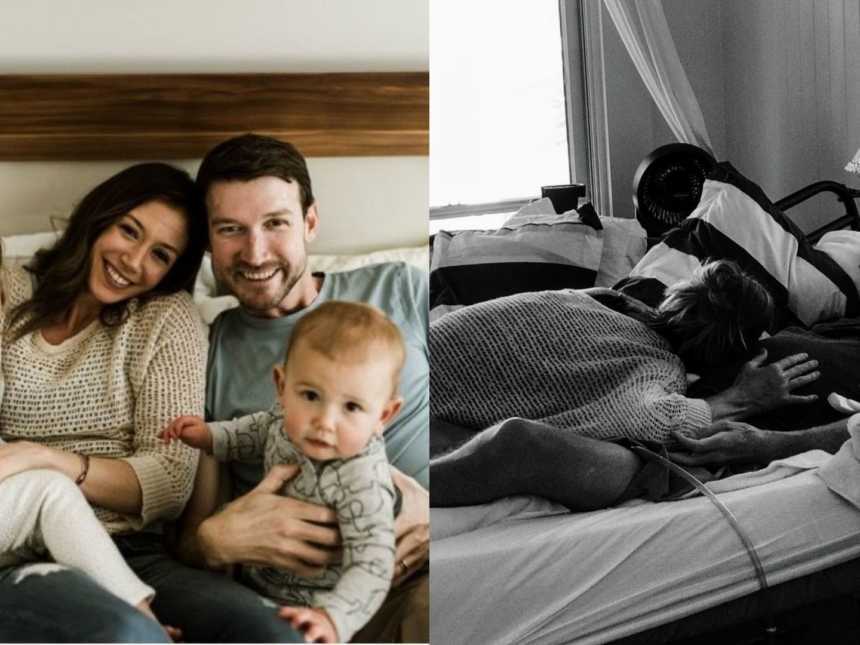