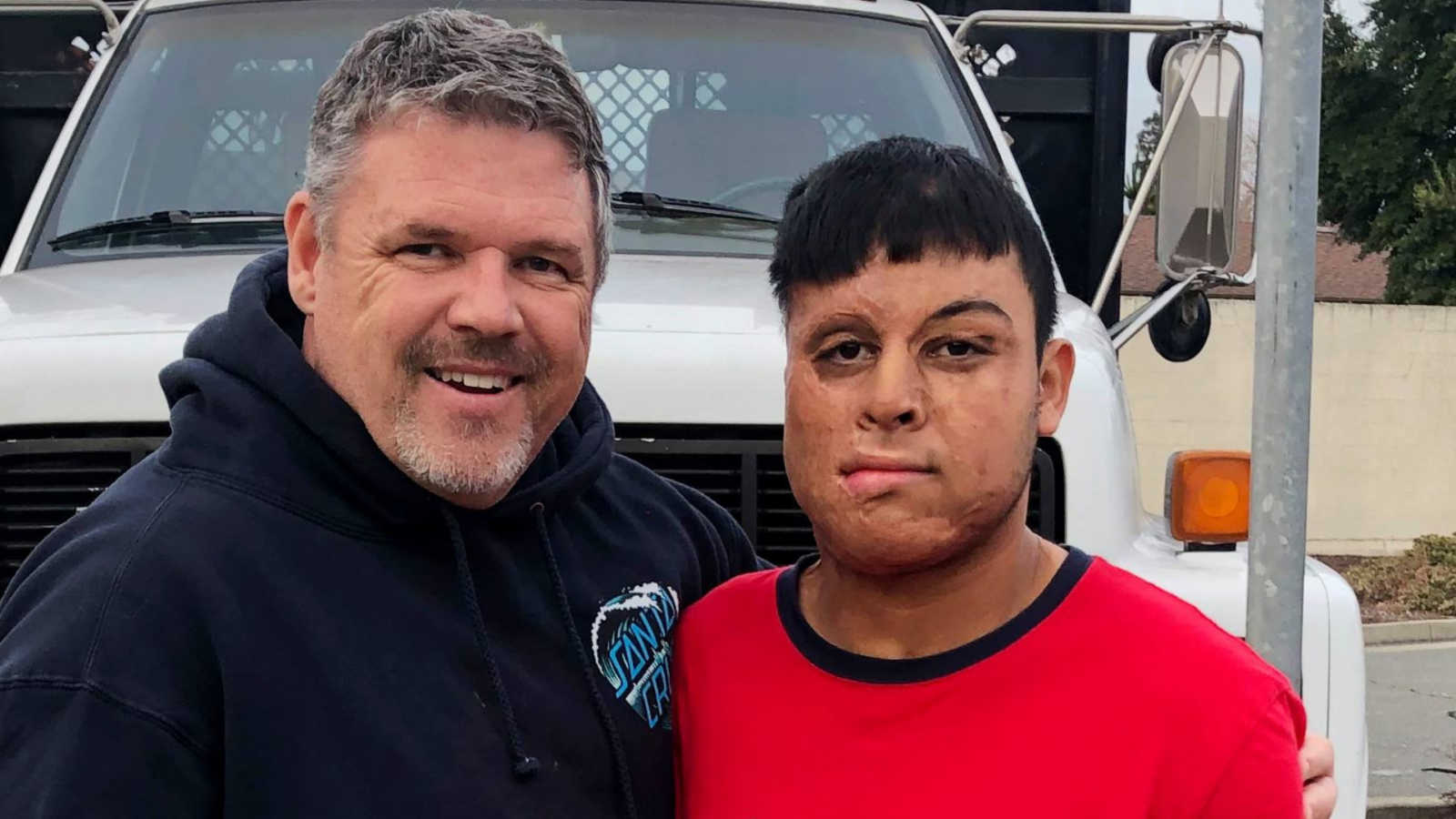 “Sometimes it’s hard not to believe in higher powers. Right now, is one of those moments.

I was supposed to be on an Operation Enduring Warrior/ Task Force Sentinel phone call this evening. But instead I picked up Jenah from work and took her to pick up her car from the mechanic. As we were driving in the parking lot this guy caught my attention. As I drove past him, I muttered to Jenah, “I wonder if that is him…”

Everything about it seemed right. The age, the injuries, the scars… I hadn’t seen him in nearly 13 years, he was 4 years old then, but everything seemed to fit.

Without saying much more to Jenah, I dropped her off at the car, and then found a parking spot. I wasn’t sure how I was going to do this… matter of fact, how do you do this?

I slowly walked over to him, and his family. I slowly approached him, and when he looked at me…. I shattered the ice.

‘Is your name Christian?’

‘My name is Chris, and I’m the one of the ones who pulled you out’

I’m not sure how he felt, and I’m not sure how I felt, but it was surreal. Here he was…. the sole survivor of a crash, that impacted us both in ways I don’t think either of our families truly will ever fully comprehend.

He gave me a brief rundown of his life since. He’s done amazing things and fought tremendous battles. We didn’t touch on too much, but he’s a serious warrior.

I stopped him dead sentence and told him I have something for you. I returned and handed him the Gold Medal of Valor (which happened to be in the Jeep glove compartment) I was awarded for the incident. I explained to him he deserved it far more than I ever did, and he was far more brave and a Warrior than I ever shall be. He accepted it, and in a lot of ways I realized I had been merely it’s Keeper, until the time came for him to take possession.

I still don’t know how I feel. Him and his Family are very much a part of me. A part of me has come home, and at the same moment a huge weight has been lifted from my heart.

Well, Higher Power… If you are there. Thank You.

If not, Life just amazes me sometimes.” 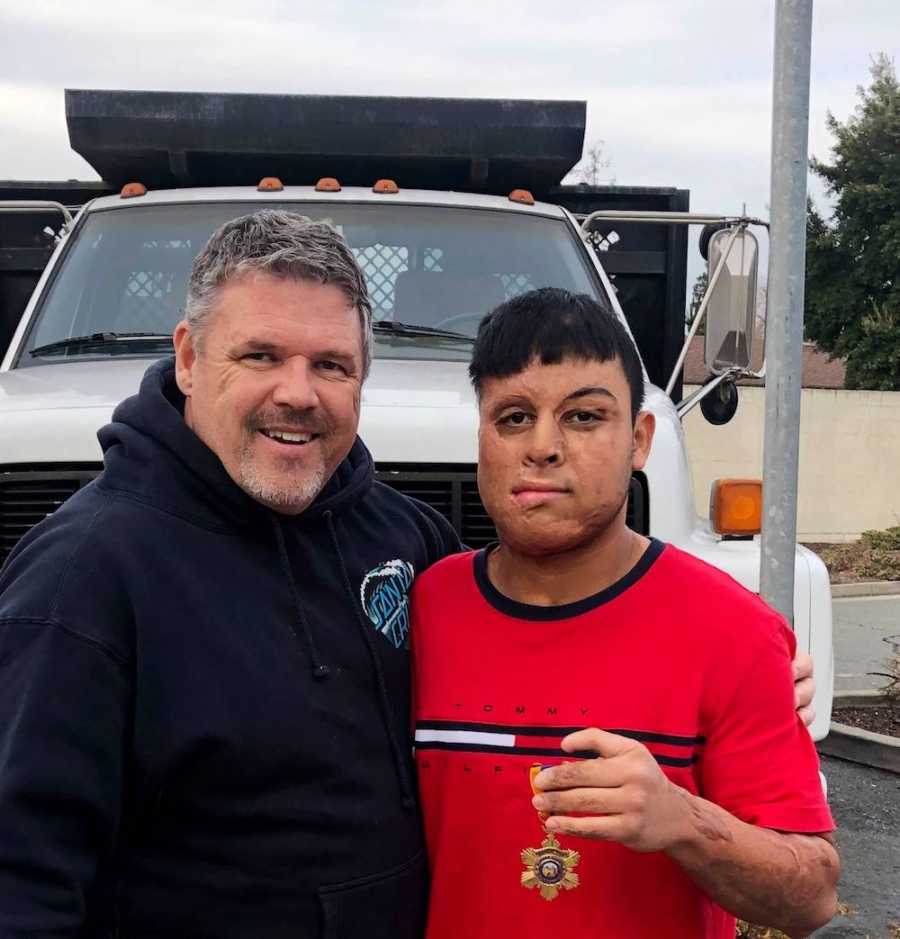 This story was written by the Chris Thorp of California. The article originally appeared on his Facebook page. Submit your story here, and be sure to subscribe to our best love stories here.