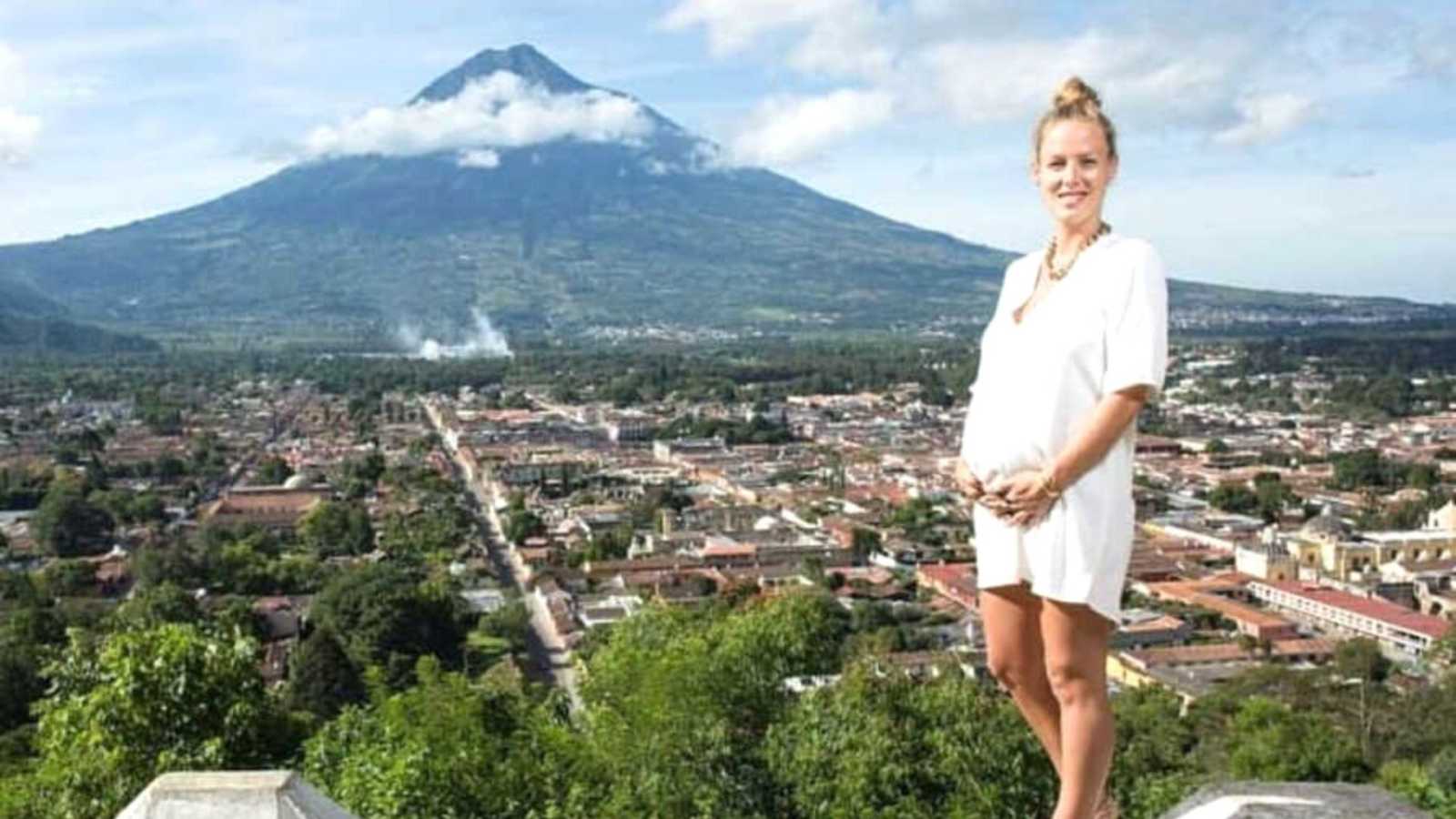 “I finally made the leap to permanently live out of a backpack as a traveling yogi and businesswoman in August of 2015 – I packed up my house in Toronto, Canada, and moved to Antigua, Guatemala. I had already been living only part-time in Canada for years, spending the rest in South East Asia and Central America.

Six months into my new life, I found myself pregnant and almost alone.

With only a 40 liter bag of possessions to my name, a handful of new friends, and no family around for support, my first instinct was to have an abortion. At 36, I didn’t want to have one, but I also didn’t think I was in a stable enough place to have a baby on my own. The biological father was not my boyfriend, he was someone I barely knew. But he talked me out of an abortion and promised he and I could co-parent. I met his whole family and they were over the moon excited and told me I was a part of their family now. He wanted to get married at one point, but I knew in my heart he was not the one for me, and couldn’t bring myself to marry someone out of duty. I did, however, believe he was 100% interested in being a parent. He was into it from the very beginning.

Over the next 7 months of pregnancy, we were sort of together. He treated me badly, and then he treated me great. It was up and down all the time. His parents told me to be patient, it was a lot for him to adjust to – there was a lot of focus on how my pregnancy was affecting him, and very little on the changes I was going through. We lived together briefly, but I moved out after only a month. There were other women and I felt that was unsafe for me as a pregnant woman. At the same time, he bought so many things for the baby, he was watching videos like Orgasmic Birth and he researched our midwife. He was my best friend. At 7 months pregnant, I found messages on his Facebook to a dozen women, telling them he hated me, wished I was dead – that I was forcing him to spend time with me, that I was forcing him to be with me. He had cheated with lots of women, some of them without protection, one of them had an STD. I told his family and they blamed me for his actions. The veil was lifted, I was being manipulated and abused on all fronts.

I fled Guatemala to Mexico and had my daughter by myself. I went to every kind of counseling and 12 step program anyone suggested. I read every single book and watched every single video on emotional, psychological and sexual abuse. I wanted to die. I spent months trying to love a baby that had the face of the person that ruined my life. I hated God, I hated myself.

And then I had an idea – I could be depressed and isolated and resentful somewhere else. I decided to take my 2-month-old child to the beach for 7 weeks. Nobody was backpacking with a baby. I felt like I might be doing something unsafe. There were no articles or videos on the internet about backpacking with kids. But I was so desperate for something, I thought, how bad can it be? So I packed up my baby and flew from the mountains in southern Mexico to the Caribbean Ocean in Cancun.

Those 7 weeks were some of the most cathartic and profound of my life. Turns out my daughter loves camping and hiking and the heat – she was not all him, she was a lot of me too. She and I bonded for the first time on that trip and I got my confidence back, doing what I loved, traveling and discovering the world.

It took me two more years to get on my feet and to really get out from underneath the oppressive hold of our abuser and his family and to fully accept, heal and move on from what happened to both of us, but we never abandoned traveling.

Traveling the world with my daughter has brought nothing but exceptional moments into our lives. Everything I loved about traveling as a solo woman is enhanced by her. We have released paper lantern wishes into the night sky in Vietnam, I taught her to swim in Bali, but she perfected it on the beaches of Thailand, we learned about other religions, ceremonies and families, ziplined in Mexico, woke up overlooking volcanoes in Guatemala, and ate so many delicious dishes and learned so many words in foreign languages, we have lost count. The best part is how deeply bonded we are now – we can communicate without words, we are truly ‘ride or die.’ I have given my daughter one of the greatest gifts in showing her the world by showing her that we are all basically the same no matter where you go and that family, community, and God are the threads that keep us all woven together.

Travel gave me back what one man almost completely destroyed – my confidence, and my heart. And best of all, my best friend and daughter, who gets to enjoy this beautiful life with me.”

This story was written by Anna Von of Antigua, Guatemala.  You can follow her on Instagram here.  A version of her story can be found on her website here. Submit your own story here, and subscribe to our free newsletter for our best stories.

‘Momma, can you please call the judge? He’s moving too slow. Does he know I need you to be my momma? I’ll tell him. I need to be adopted. I can’t wait anymore.’ My boys waited 3 long years.’