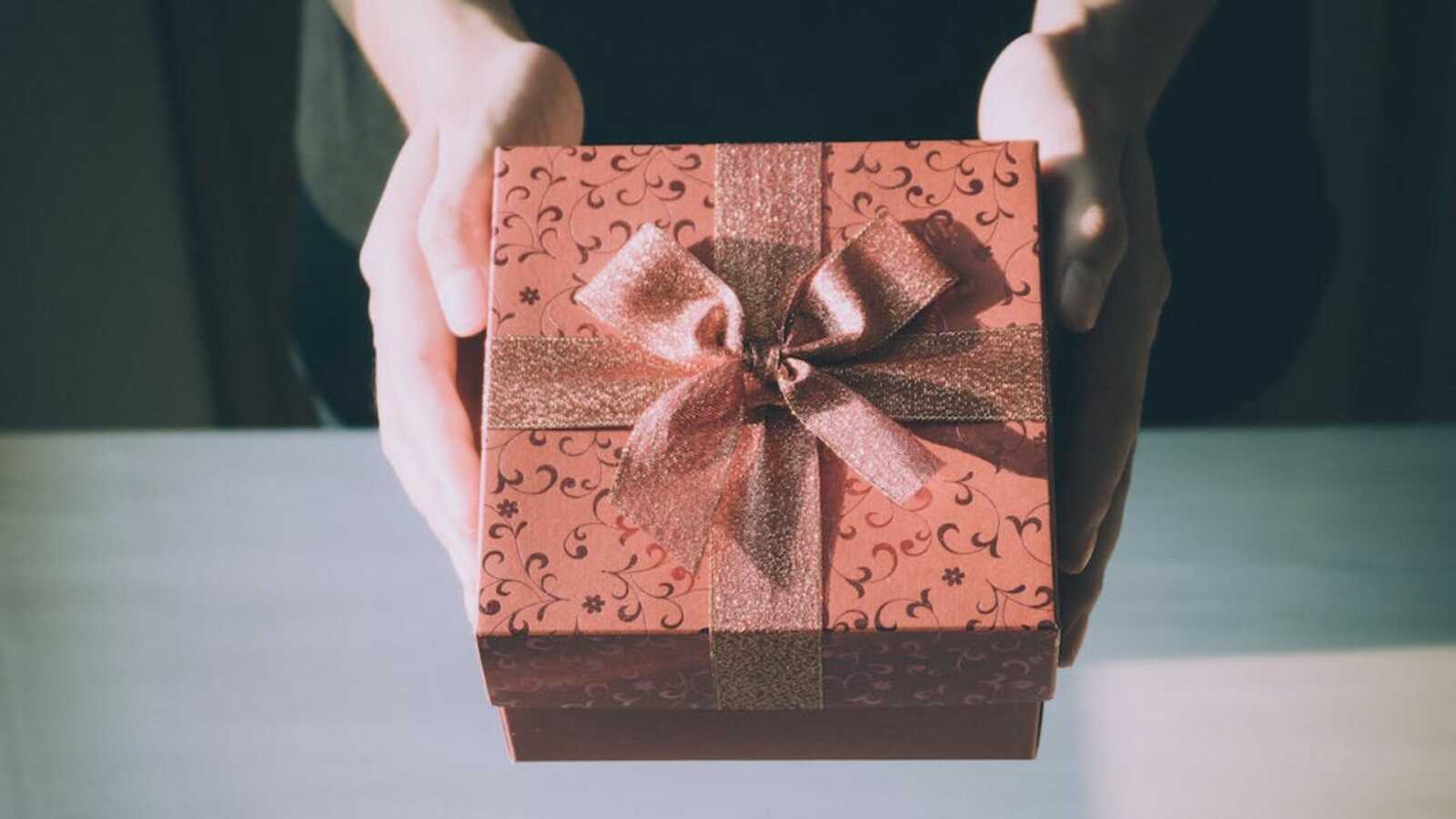 “Tonight, we tucked our kids in bed and my husband and I enjoyed a glass of wine on the deck.

We were talking about how excited we were to attend an upcoming wedding in Kalamazoo (where we met and went to college) and discussing what would be the perfect gift for newlyweds.

I thought back to our wedding day, nearly 9 years ago, and tried to recall the gifts that had meant the most to me.

The funny thing? The gift that meant the very most was still sitting in a closet…unopened.

On our wedding day, my husband Brandon and I received a gift from my Great Aunt Alison. On the plain white box was a card that read, ‘Do not open until your 1st disagreement.’

Now, there had obviously been plenty of disagreements, arguments, and slammed doors throughout our 9 years. There were even a couple of instances where we both considered giving up…but we never opened the box.

I honestly think that we both avoided turning to the box because it would have symbolized our failure. To us, it would have meant that we didn’t have what it takes to make our marriage work – and we’re both too stubborn and determined for that.

It forced us to reassess situations. Was it really time to open the box? What if this isn’t our worst fight? What if there’s a worse one ahead of us and we don’t have our box? As my Great Uncle Bill would say, ‘Nothing is ever so bad that it couldn’t get worse.’

All along, we assumed that the contents of that box held the key to saving a marriage – an age old trick – unbeknownst to us rookies. After all, my Great Aunt and Uncle had been married for nearly half a century.

We thought the box would save ‘us,’ and in a way it did. That box went beyond what I believe my Great Aunt had intended. It was by far the greatest wedding gift of all.

For 9 years (and three moves) that box sat high on a shelf in various closets gathering dust, yet it somehow taught us about tolerance, understanding, compromise, and patience.

Our marriage strengthened as we became best friends, partners, and teammates.

Today, we decided to open that box, because I finally had a realization. I realized that the tools for creating and maintaining a strong, healthy marriage were never within that box. They were within us.”

This story was submitted to Love What Matters by Kathy Gunn. Be sure to subscribe to our newsletter for our best stories.