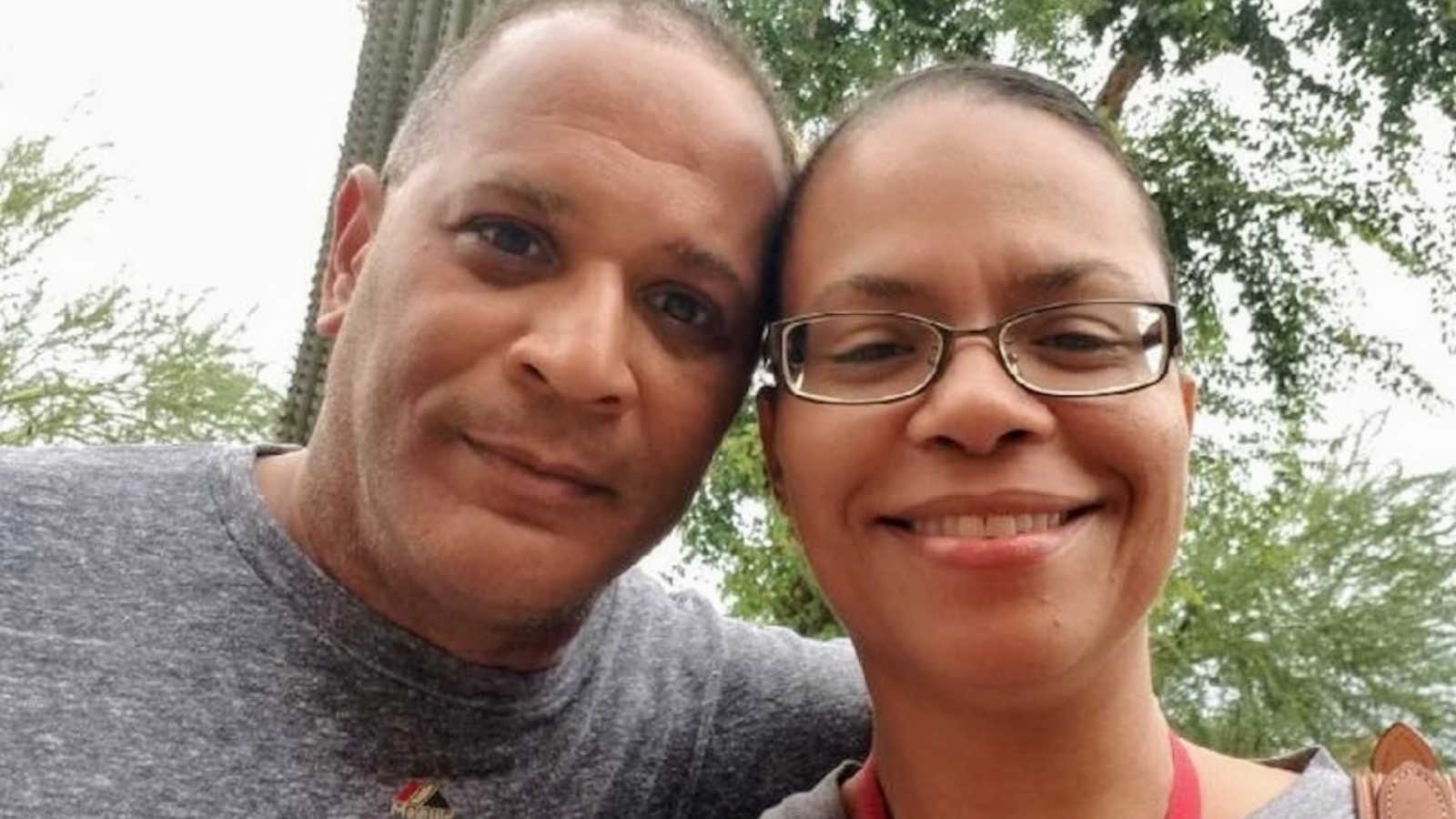 “Last night, after going to bed, our son Justin came and knocked on our door to wake us up to tell us that something was wrong with the kitchen sink. Erik goes down to check first, and he’s gone for an incredibly long time. After a while, Justin comes running back into our room and he’s like ‘Dad needs you! There’s water everywhere!!!’

I run downstairs and sure enough, Erik is down on his knees under the sink, with a towel and water is gushing all over everything!!! There’s about 3 inches of water on the tile and running into the family room… it was a huge mess!

I say (stupidly, in a panic), ‘We can’t stop the water, Erik!!!!’ (We later laugh about this, because WTH did I mean by ‘We can’t stop it?’ So, do what, Shawn? Just let it run all night? Just give up and go back to bed??? BLAHAHAHAHAHAHHAHAHAH!)

He goes, ‘We gotta stop the water, Shawn!! Where’s the valve to shut it off to the house???’

I run outside, half naked and looking around in the moonlight for this shut off valve… because of course it’s dark and I can’t see anything out there. Dang country living! It’s way too dark on the side of the house to find the one right by the water meter, but I remember them showing me the valve that brings the water from the street when we did the initial walk through after building the house… I try to get to that one. Of course, it’s locked, and you need some special key to open it.

I take Erik outside and show him the valve I found but cannot access without the ‘special key.’

But because he said it wasn’t, now I’m second guessing myself, so I run upstairs to throw on some clothes and grab my phone and now I’m Googling ‘how to shut off the main water valve to your house’ (good grief!). The three-minute YouTube video, complete with leading ads (all while the water is still gushing out – YES, I’m watching a YouTube video, while my house is flooding) said that I was right, that valve is outside. or near the hot water tank…or on the side of the house near the meter.

I run back downstairs with a huge sense of satisfaction to tell my husband that I was right, and his first words over the gushing water is, ‘You had time to put on skinny jeans?!?’ I tell him that we don’t have time for his assessment of my current fashions and tell him that I’ll go check the garage because YouTube also says a valve might be in there. He tells Justin to grab the line he had been holding and Erik runs outside. We’re both running back and forth to all three locations randomly turning knobs and what not… nothing worked.

We both keep checking in with Justin, who is down there holding the broken pipe and Erik goes back outside to keep trying to pry the top off that thing that needs the special key with his bare hands so that we can get access to the main water valve and shut it off. Meanwhile, I finally get under the sink near Justin to actually look at the issue. Originally when Erik was under there, I thought the pipe itself had burst and had a hole in it and that’s what was causing all the water, because there was so much steam and water gushing out… but once Justin was under there, bending the line to stop the water flow, I could actually see what was up under the sink and realized it was just the hot water valve leading to the dishwasher that broke. When I saw that, I quickly realized that I could shut the water off right at the sink! So, I did…. right there under the sink…. and it was that easy…. AFTER all that initial chaos!

Erik comes running back in to grab a tool to break into the Fort Knox box outside to get to the shut off valve until I told him I finally got the water turned off at the sink. We all three then began cleaning up all the water from the floor. I am so very glad that Justin, who is a typical teenager and thinks most things do not concern him, didn’t ignore the strange sound he heard coming from under the sink that night. I’m glad that Erik and I didn’t lose our cool with one another and we worked together to find an (albeit, delayed) solution to the problem at hand. And I’m also glad that I had those skinny jeans to throw on at the last minute!”

This story was submitted to Love What Matters by Shawn Johnson. Submit your story here, and subscribe to our best love stories here.