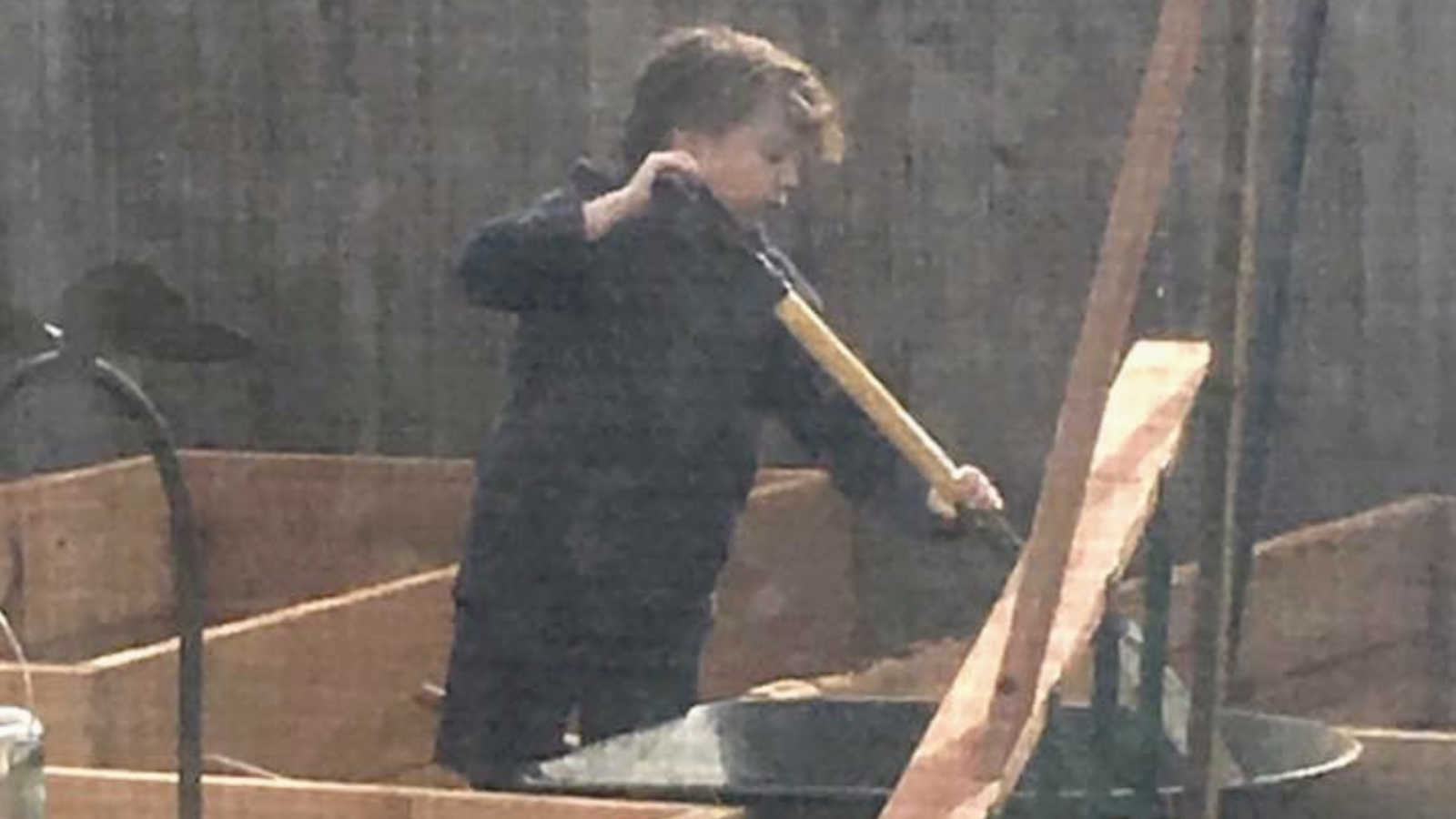 “I often describe my 11-year-old as an immovable slug of a boy, so when I asked him to help me unload dirt from our small pickup into his mother’s new garden boxes, his reaction was typical.

He was playing Roblock on the family laptop, wearing sweat pants and an old T-shirt, lounging on the sofa, feet on the coffee table.

There was a fight, moaning, excuses… the usual.

Moments later, we were next to a wheelbarrow shoveling dirt. He looked at me with flat eyes, his hood up, shoulders slumped, and said, ‘Why do we have to do this?’

I thought for a moment, because I’ll admit, it was a valid question. Neither of us were all that into flowers or vegetables, or any of the things that would be grown in those garden boxes. But my wife, Mel, loves gardening.

I thought, and he waited, and finally I said, ‘When you love someone, you serve them.’

I went on, telling him I want him to grow up to be the kind of man who serves his family, friends, and community.

‘This,’ I said while gesturing to the dirt, and the garden boxes I built the weekend before, and the wheelbarrow and shovel, and the first of many truckloads of dirt we would unload over the next few weeks, ‘…is what love looks like.’

He didn’t like my answer. I could see it in the way he reluctantly picked his shovel back up.

We finished unloading the dirt. The next day, while I was at work, and the kids and Mel had the day off because it was between terms, Mel sent me this picture. Mel picked up another load of dirt and before she had a chance to unload it, Tristan voluntarily started working. When she asked him ‘why,’ he shrugged and said, ‘Because I love you.’

I’d never been prouder of my son.”

‘Our 12-year-old son might as well have been looking at a car accident, his mouth open aghast. We didn’t explain ourselves.’: Parents proud of PDA in front of their kids, ‘I want them to feel comfortable showing their affection’