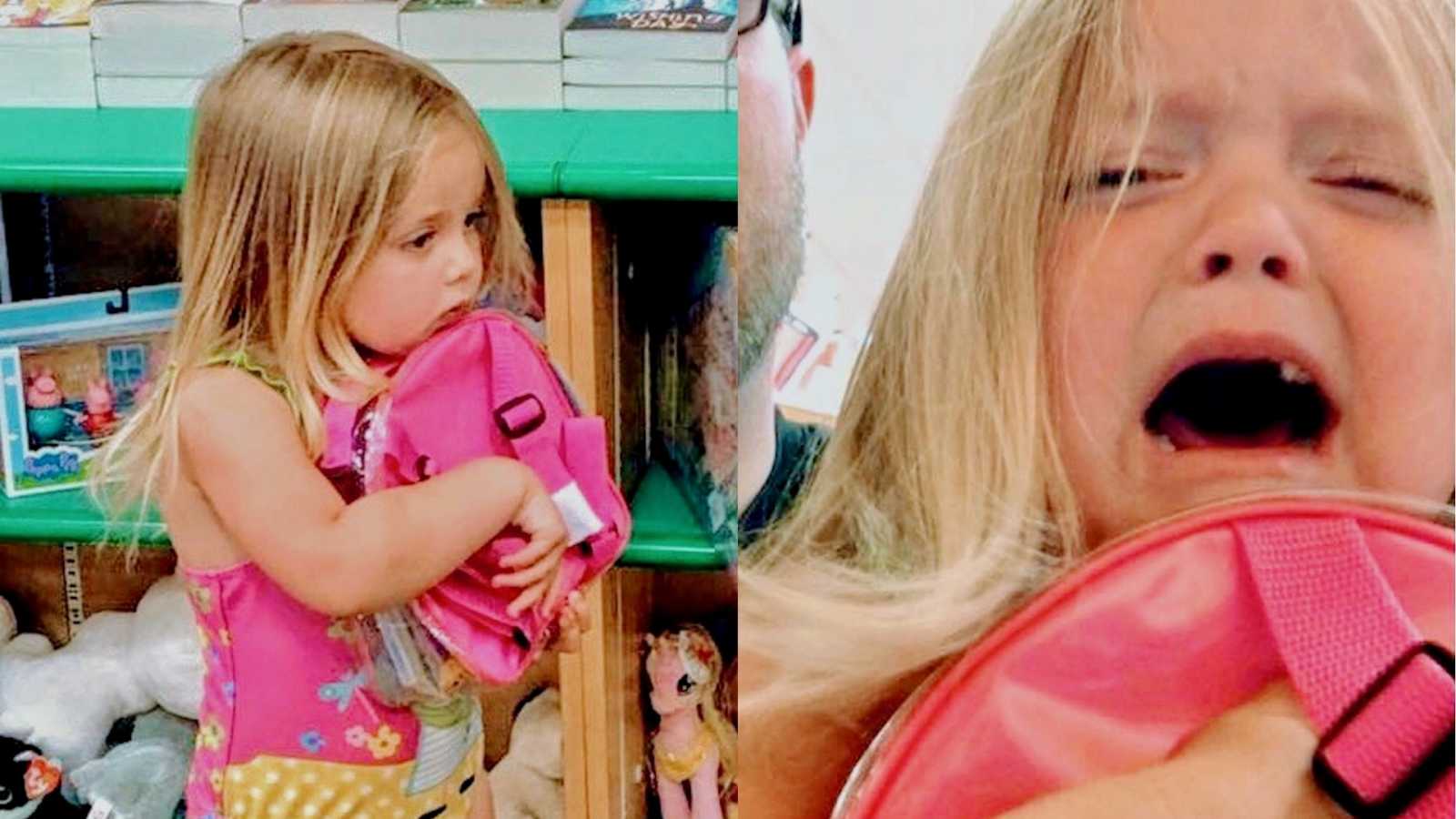 “Yesterday we stopped at Barnes & Noble on our way to the swimming pool so Norah (age 7) could pick out a book with her birthday money. Aspen (age 3) found a Peppa Pig backpack on the shelf (a toy she already had at home) and cradled it in her arms like it was her first born.

She chanted ‘Peppa’ over and over while holding the stupid thing to her chest, swaying side to side, her face soft and sweet. It was the face kids are born with that make a parent melt.

I explained to her that she already had the same bag at home, but there was no reasoning. She was three. Sometimes it works, but in that moment, it felt like I was reasoning with a goldfish.

Ultimately, she knew what was coming, same as I did.

I was faced with two decisions as a father. I could buy her a toy she already had, something impractical, but would save her melting down at the store. Or I could take the bag from her and risk an epic meltdown.

Aspen had a couple choices too. She could listen to her father and put the thing back. That would be the adult thing to do. But she was three, and making those kinds of decisions was my job to teach her.

It was her job to be a turd about it.

In the end, we both ended up taking the second option.

I waited until my wife and kids were finished shopping, then I pried the toy out of her arms, her screaming like I actually removed a limb, me trying not to hurt her, the whole time wondering if she was actually Thor because of her freakishly strong grip.

I hauled Aspen out of the store underneath my arm, her screaming in a Peppa Pig swimming suit, her legs kicking, my swimming suit falling down, crack showing, but unable to pull it up because my hands were full.

I got her in the van. I got her calmed down. And once it was all said and done, I looked at her in the backseat, and wondered if I’d done the right thing.

I do this a lot as a father.

Before becoming a parent, I must have seen this scene played out a million and one times in a bazillion stores. But until I had children, I never realized how emotionally draining it is on a parent, nor did a realize that no matter what a parent does in a situation like this, there really is no way to win.

You are either going to create an expectation that if your child grabs something at the store, you will buy it for them, regardless.

This can be particularly difficult for a young child. 3-year-olds just want things.

Or you end up disrupting everyone in a 20-mile radius as you work to establish boundaries with your child.

Yesterday, I reinforced a boundary. I said, ‘no.’ I disrupted a quiet bookstore to do it. I got a little embarrassed. But Looking back now, I know I did what was best for Aspen’s overall development. It sucked. But I did it.

Parents make these decisions every day. And it’s never easy. But if you are reading this, and you’ve faced something similar, I get it. We all do. It sucked, I’m sure. But you most likely did what was best for your child, and that’s a wonderful thing.”

This story was written by Clint Edwards and is an abridged chapter from Clint’s hilarious new book  Silence is a Scary Sound: And Other Stories on Living Through the Terrible Twos and Threes.  His new book can be found here. Follow Clint on Instagram here. Do you have a similar experience? We’d like to hear your important journey. Submit your own story here. Be sure to subscribe to our free email newsletter for our best stories, and YouTube for our best videos. 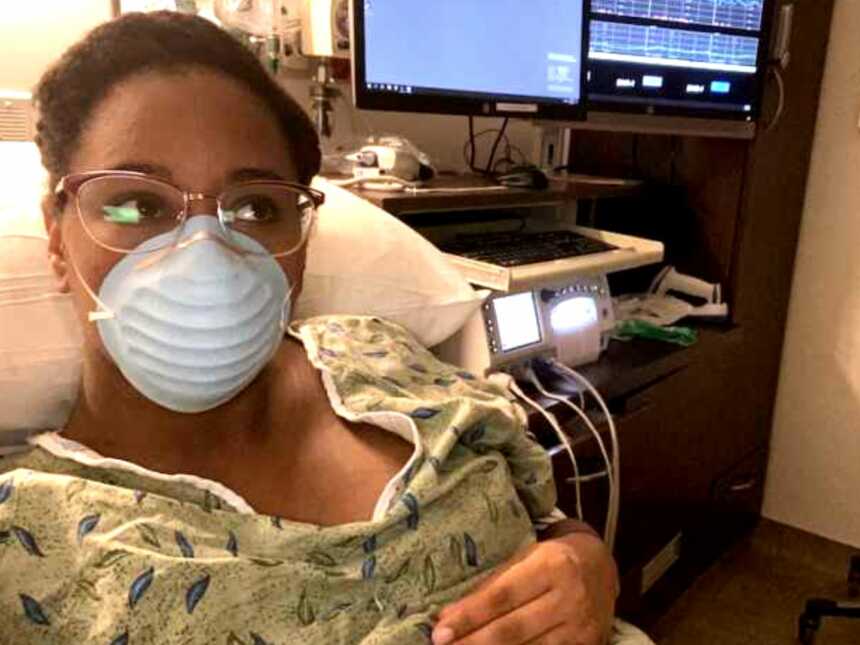 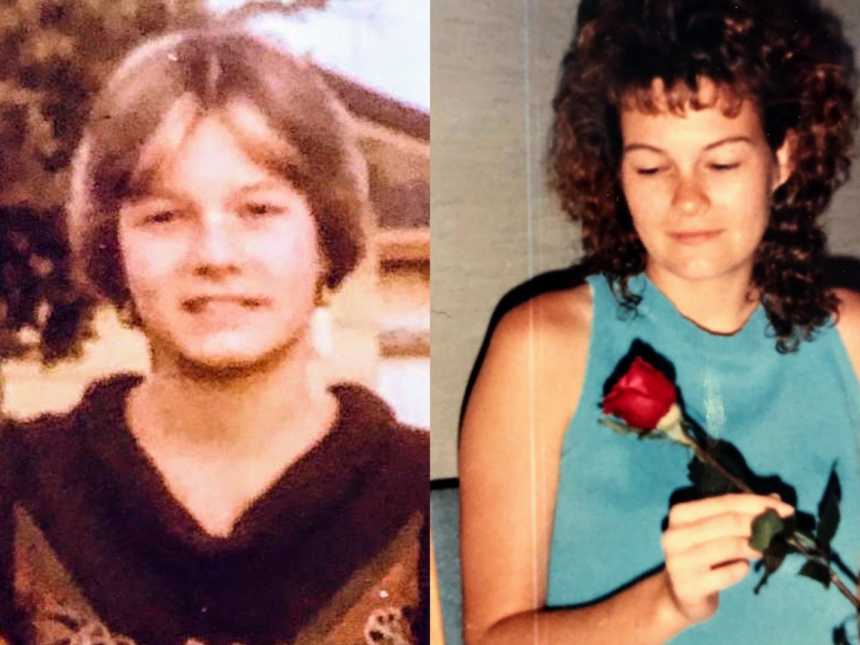 ‘Remember how I was last night? Tonight is going to be worse.’ His eyes were pure evil. My husband held me prisoner in our own bedroom.’: 16-year-old bride survives abusive marriage, is no longer a ‘victim’ living in ‘shame’ of her traumatic past

“There was a chill in his voice. ‘Nobody will even miss you. No one cares about you. No one loves you.’ The torture went on all night into daylight. I ran out the front door looking for help. The only person that would help me was a young mom.”