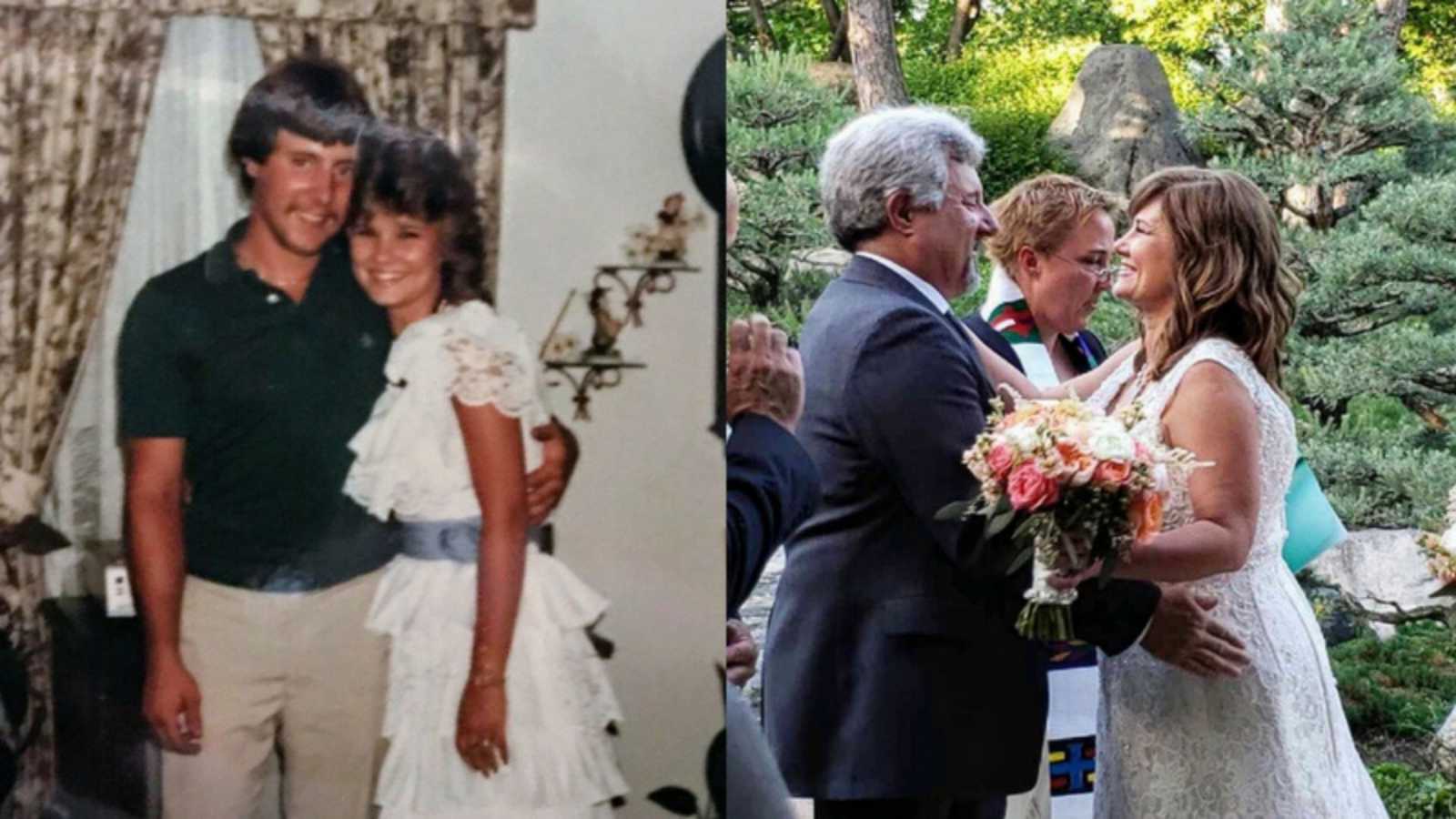 “Ron is 54 and I’m 51. We first met when I was in 8th grade and he was in 11th. That’s when the sparks hit. We didn’t officially date until I got into high school the following year. We dated all of Ron’s Senior year and broke up the next fall. Ron didn’t want to have a girlfriend still in high school. Which broke my heart then but looking back, it was supposed to go that way.We kept in touch always as friends. I got married and a few years later he did as well. The whole time we always touched base to catch up and see how our families were doing.

Both our spouses knew we communicated. Ron ended up divorced first, I was next years later. My marriage gave me two children, Kayla and Konner. Ron had none. We dated for a while after my divorce, but the timing wasn’t right, and we moved on with life. And yet again, we still talked to each other through our relationships of dating, family, etc., like friends do. The pact… we knew we were in our 30’s and it was a joke. We both were not dating and tired of the game and during one of those talks about life and my kids, he said something about how he didn’t have anyone to leave his benefits or pension.

I jokingly said leave it to me; if one of us is still not married by 50 then let’s do it . We both laughed and never thought anything more of it. Until last year I remembered this pact and said to him, ‘Do you remember that crazy pact we made about getting married if we were single after 50?’ He laughed and said ‘yeah, I do.’ We had talked about the future but didn’t get engaged. It would be almost a year before we did.

At the start of 2016, Ron called and told me his long relationship was over; I was simply there to listen. Six months later I called him and told him that my long relationship was over. We agreed we hadn’t seen each other in awhile so we decided to meet for drinks. We met up – commiserated over margaritas and talked for hours. It felt like nothing had changed. We talked on the phone, met for drinks but nothing serious. We went on our official first date in September at a community event. We had such a great time!

I asked what do you think about trying ‘us’ again. He got silent for a bit and said I’m not sure. If this doesn’t work, I think I’ll lose my best friend and I don’t want that to happen. He told me if “we” wouldn’t of worked it would of broken him to lose us again. Thank goodness it didn’t ! We continued seeing each other and talking through many things we probably wouldn’t of talked about when we were younger. We know each other better and accept one another for who we are. We are older and wiser and know you can’t change a person, nor do we want to.

We got engaged on New Year’s Eve last year. We were staying in northern Minnesota for the holiday weekend. It was a frigid day, -20 below. Ron loves frozen waterfalls and we went to a park called Gooseberry Falls. He wanted to explore the ice and falls, and I was freezing. I told him I’d seen enough and wanted to go back to the car.

I started to head back and when I looked he wasn’t there – with it so cold and icy I didn’t want to leave him alone. I went back down the hill and told him let’s go I’m cold. He kept saying come look it’s beautiful. I looked and said ok let’s go and headed back towards the car. Again noticing he wasn’t behind me I called his name and saw him walking up the hill. He finally made it to me and I started up again and he said hold on I have to tie my boot and when I turned around he was on one knee with a beautiful ring.  We were married on June 1st, 2018.”

This story was submitted to Love What Matters by Kimberley Palmer of Saint Paul, Minnesota. Do you have a similar experience? We’d like to hear your important journey. Submit your own story here. Be sure to subscribe to our free email newsletter for our best stories, and YouTube for our best videos.

‘This holiday season, I belong to me, before I belong to anyone else. There. Is. No. Winning.’: Woman implores self-care over pleasing everyone else, ‘It is NOT your job to run yourself ragged’

‘Let me know if you need anything.’ But a new mom never will.’: Woman’s candid advice on how to help a new mom so they don’t ‘shoulder it alone’

‘I filed for divorce after only 7 months of marriage. I was humiliated. People would talk in our small town.’: Woman made drastic decision to better herself, ‘I knew I had to do something’ 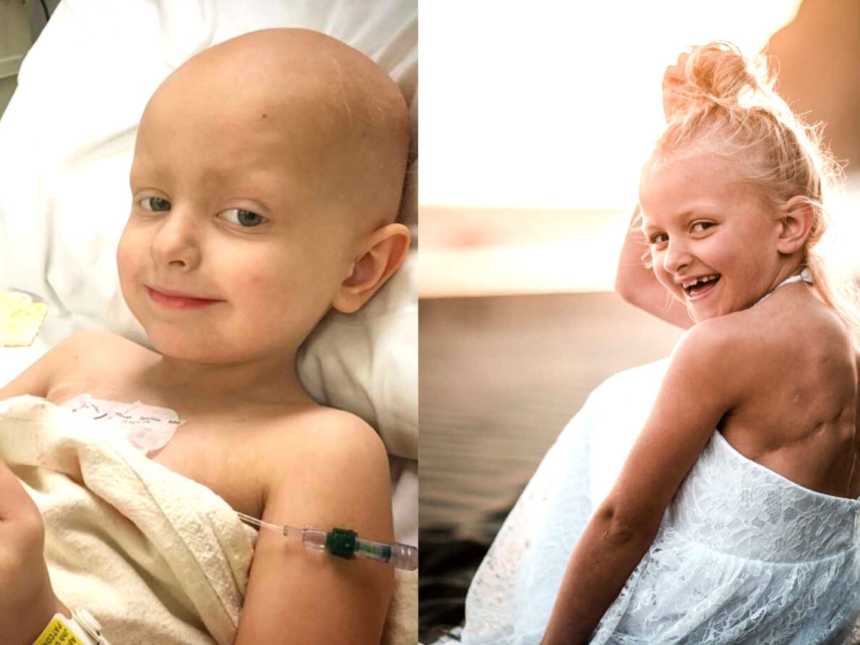 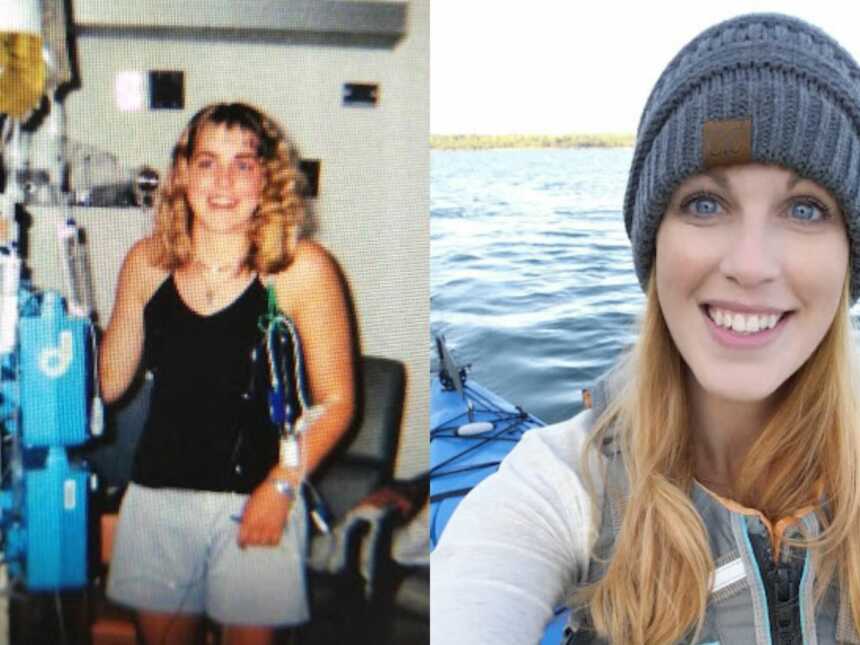