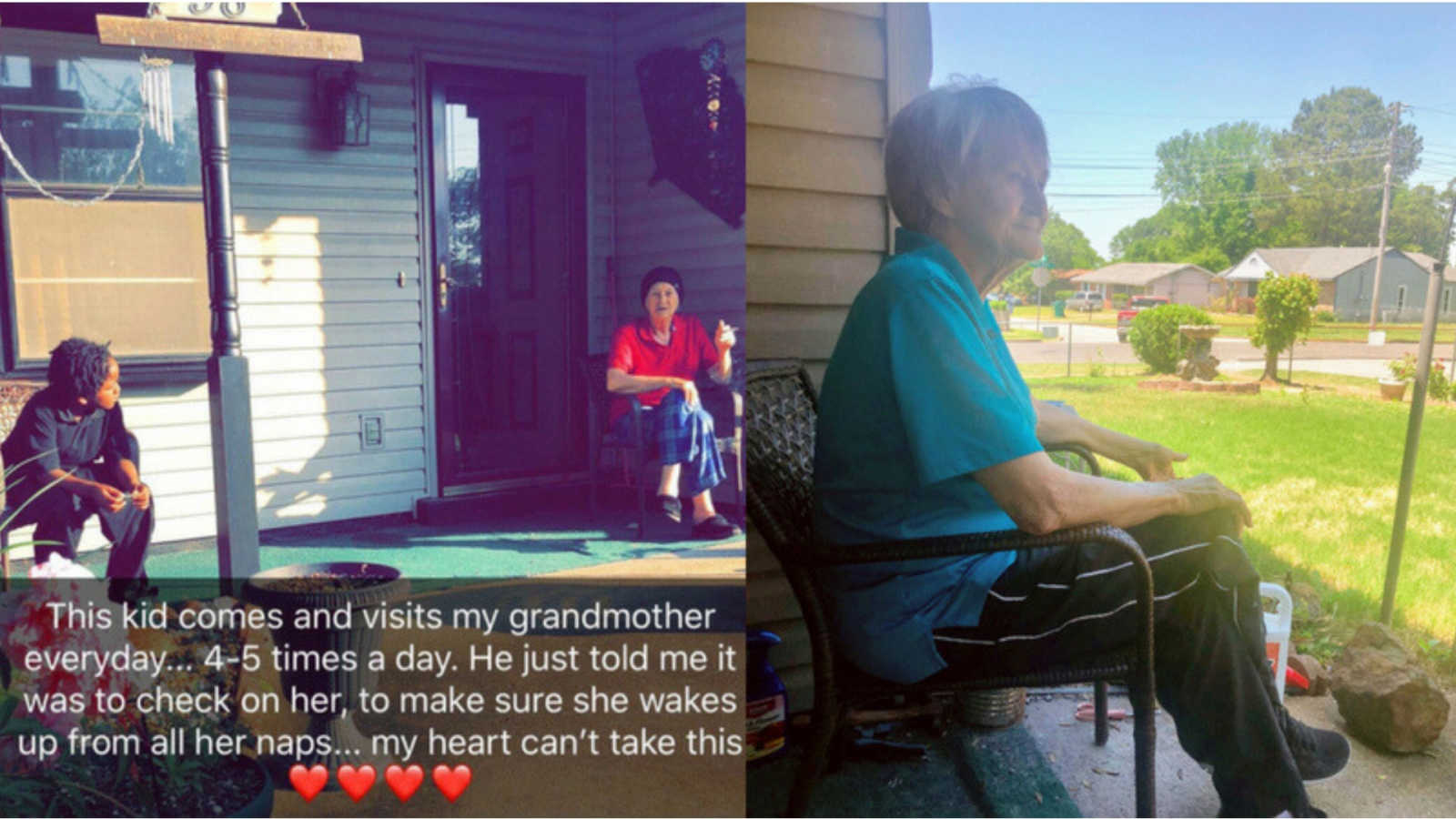 “My grandmother, Wilma (better known as nana) walked into my life when I was just 2-years-old. Since then, we have been attached at the hip. Of course, I loved her growing up as a child, but our bond has become extremely strong now that I have gotten older. Part of that comes with age and maturity and the rest has to do with her battle with cancer. She was diagnosed with lung cancer two years ago. After going through with surgery to remove a part of her lung, six months later she was diagnosed with breast cancer. Two separate cancers less than a year apart, it has been an extremely long two years to say the least. Thankfully, she is still fighting today.

For years, I have been trying to get her to move in with me so I can keep a better eye on her health. Unfortunately, she is just as stubborn as I am and has refused that offer many times. The main reason, she has lived in her house for 38 years this Thanksgiving and it is the one thing that has remained constant. She loves her home, her independence, her yard, and especially her neighbors. Every morning around 6 am, she wakes up, makes a cup of coffee, and goes directly to her porch.

Most people in our town wouldn’t have the best things to say about the neighborhood Nana lives in, but that is what is so awesome about this story. I want to shed some light in this dark world we are living in.

I work full time in the emergency department in our hometown on night shift. That alone keeps my schedule very limited, along with being a full-time student. We don’t have much family here, so getting Nana back and forth to treatment every day and being able to check on her frequently (or as much as I would like) has been difficult for me to do. This is where her beautiful neighbors come into play. They check on her multiple times throughout the day and have even helped me get her to chemotherapy and radiation appointments. They are honestly what keeps Nana going. I can’t go over to her home without someone at some point yelling ‘Hey Ms. Wilma, How ya doing?’ She knows everyone by name and they know and love her just as much as I do.

Just wanted to shed some light in this dark world we live in……..

Caleb, the boy in the picture, is 7-years-old and in 1st grade. His grandmother lives directly next door to mine and is one neighbor she is especially close with. They have lived next to each other for as long as I can remember. The first time Nama and Caleb ever interacted was over an extra plate of food Nana had made and given to him. You would have thought Nana had given him a $100 bill. He was so grateful and thankful for a steak dinner. Caleb has recently moved in with his grandmother and his dad, along with his two other brothers. Prior to this, he was over there almost every day, and just like his grandmother, has visited and checked on Nana frequently. The day I took the picture of them on the porch was the first day I really got to interact with him and get to know this genuine and kind young man. The conversations I’ve had him with him are so heartwarming and touching. Almost every time I think about his story and his heart, I want to tear up. My nana is so attached to him and the bond they have is incredible. He doesn’t come from much, but you can tell he has been raised on love. He will bust out a dance move in a heartbeat, will go on and on about how much he loves school, and make you laugh until you cry. This kid deserves the love he has received from this post. He stands out from the norm and brings so much joy into everyone’s life he is around. I am so thankful for him and the love he has shown my grandmother. I know for certain it has helped her on her hardest days. He will never know how much I truly appreciate him. I hope one day he realizes the impact he has left on her life and mine as well.

Nana starts back up with 30 rounds of radiation here in the next few weeks. Please say a prayer for her. Along with that prayer, I hope this story touches everyone it reaches. Although all we hear about in the world today is hate and pain, know that in the small town of Jackson, Tennessee, sitting on the porch, Caleb and Nana chose love. Age doesn’t matter, gender doesn’t matter, race doesn’t matter, they chose to love each other despite what everyone else is doing around them.”

This story was submitted to Love What Matters by Darrien Middleton, 24, of Jackson, Tennessee. Submit your own story here, and subscribe to our best stories in our free newsletter here.

‘My daughter was separated from her only true friend. Her teacher. A person who said, ‘Come to me as you are.’: Mom of autistic child thanks teachers for act of kindness ‘you are our heroes’