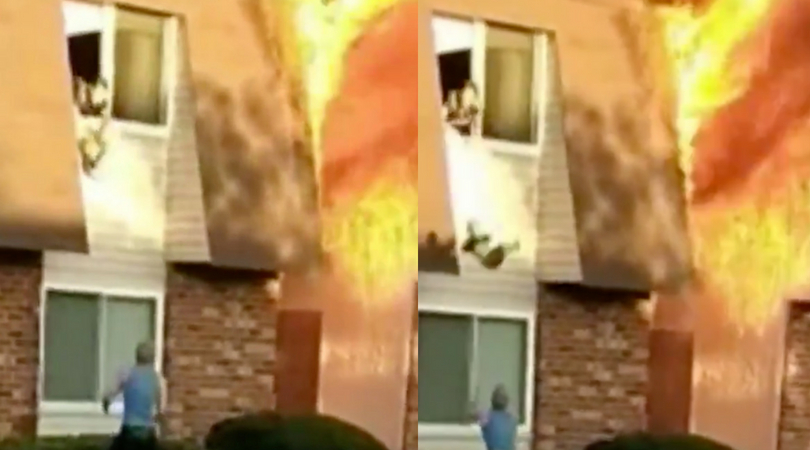 Look for the helpers. After a fire quickly tore through an apartment complex in Anderson, South Carolina, an 11-month-old boy was thrown out of a second-story window and into the arms of a waiting neighbor below.

Dramatic video shows a man catching a baby that was dropped out of an apartment window during a fire in South Carolina. An eyewitness said the mother of the child also jumped out of the window. pic.twitter.com/fsXHOlctAr

The mother, who was trapped on the second floor, dropped her child to a stranger, then jumped out the window to safety. Both mom and the 11-month old are safe.

The neighbor, identified as a Marine, has said he does not want praise or attention.

“He said he just did what he had to do,” according to Anderson Assistant Fire Chief Michael Guest.

Assistant fire chief thanked man "who would have done what anyone else would have done," catch a baby from a top floor window at a fire in Anderson. https://t.co/kU8Up5Z6PH @independentmail @GreenvilleNews @scfirefighters @andersoncitysc pic.twitter.com/RBV7jnb2cG

The fire was reportedly started by unattended cooking in one of the neighbor units.

The hero Marine has said he wants to remain anonymous at this time.