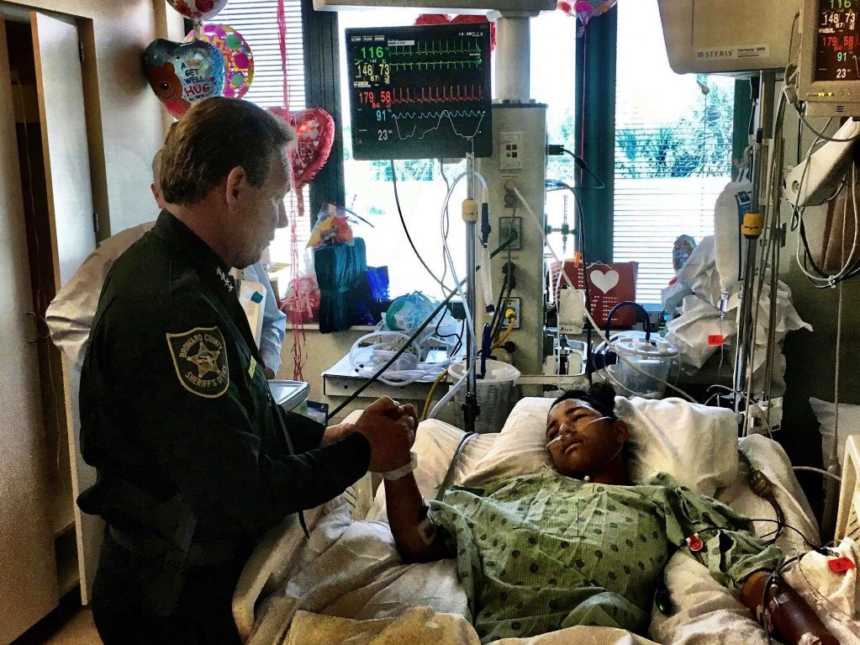 Anthony Borges, 15, is being hailed a hero for reportedly using his body to shield his fellow classmates from bullets during the Florida school massacre at Marjory Stoneman Douglas High School in Parkland on Feb. 14.

“None of us knew what to do. So, he took the initiative to just save his other classmates,” Carlos Rodriguez, Anthony’s friend, told ABC News‘ “Good Morning America.”

Rodriguez told ABC News that Anthony Borges was shot while trying to lock the door to a classroom that he and other students had fled into while the gunman was on his rampage. Carlos said his friend stayed in the doorway, putting himself between the gunfire and his fellow classmates, who were all uninjured due to Anthony Borges’ heroic act.

The Sheriff was honored to visit Anthony Borges,15, in the hospital. Anthony was shot five times. Fortunately, he is recovering, but has a long road ahead with more surgeries needed. Please join us in praying for the swift recovery of Anthony and all others from #StonemanDouglas. pic.twitter.com/U0PVkEwpFZ

“He just called me and says, ‘Dad, somebody shot me in the back and my leg, too,” he recalled to ABC News while fighting back tears. “He’s my hero. I only ask that people pray for him.”

Broward County sheriff Scott Israel visited the brave teen, who is a soccer player at Marjory Stoneman Douglas High School, over the weekend.

“Fortunately, he is recovering — but has a long road ahead with more surgeries needed. Please join us in praying for the swift recovery of Anthony and all the other victims of this horrific criminal act,” the sheriff’s department wrote on Facebook.