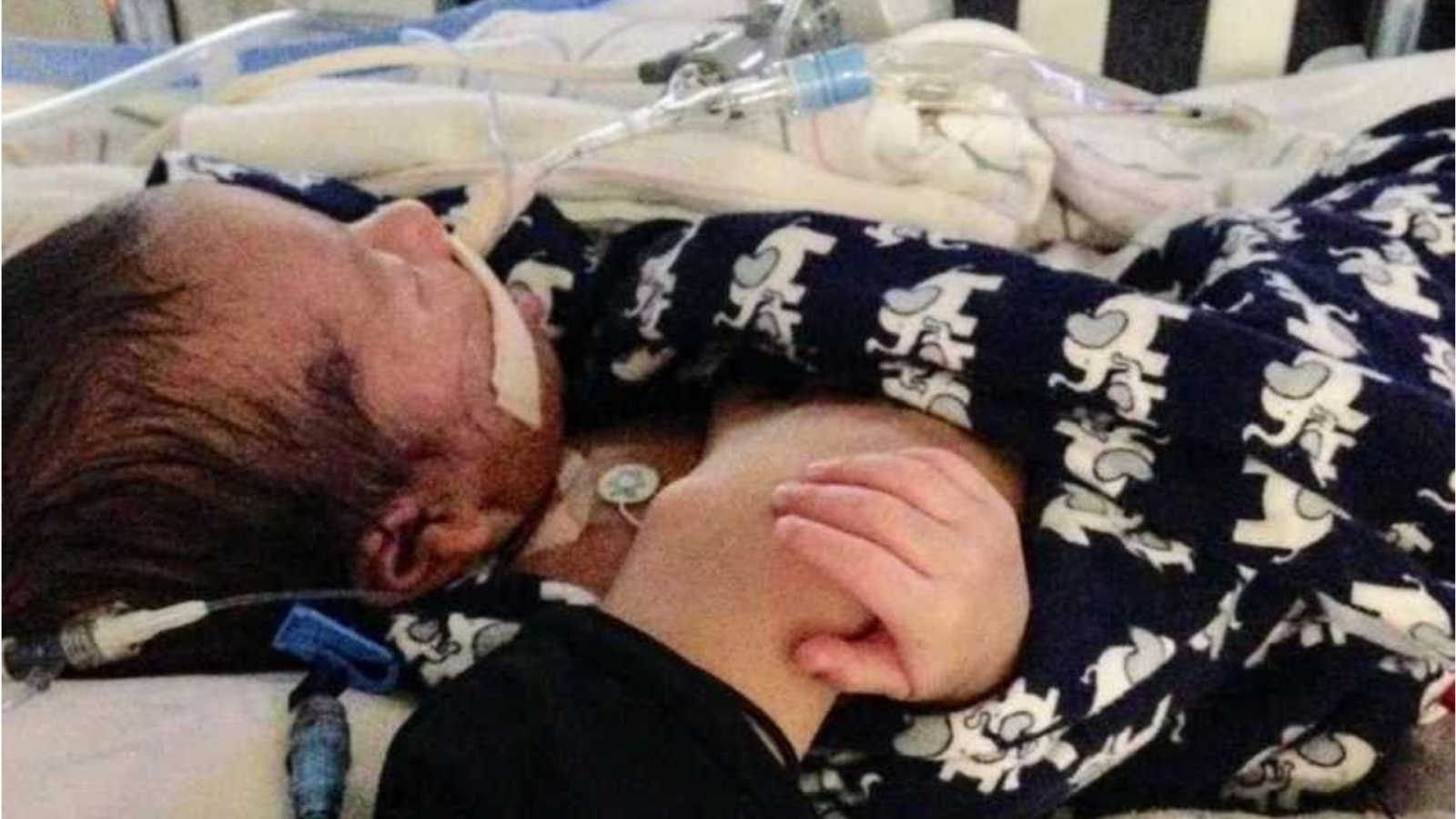 “When I was pregnant with my first child three years ago, I tried to do everything right. I read all the books. Googled all the things. I took folic acid before even trying to conceive. Took the best prenatal vitamins everyday. Ate tons of vegetables and exercised every single day. I got every test done the doctors suggested and did everything they recommended. I wanted my baby to be as healthy as can be. Benjamin was born in May of 2015 and was perfect. We were so happy to become a family of three.

Benjamin was eight days old when we brought him into the emergency room with a fever. It was a Friday night. We were hesitant to bring him in because we were afraid of hospital germs with such a tiny baby. It would be almost five weeks before we could go home again. He had meningitis. He started having seizures a couple days after we were admitted. He was quickly intubated and connected to an EEG machine. He was under very close watch by the ICU nurses and doctors behind the window in his room, and also by the doctors remotely monitoring his EEG. It was by far the worst night of my life. Terrifying. Isolating. And there was absolutely nothing we could do. I had done everything right. I was so careful the entire pregnancy. And here we were. Baby Benjamin fighting for his life. I remember the nurse telling me that had I waited to bring him in in the morning, it might have been too late.

The next morning, the pediatric neurologist came in after having looked at his CT scans and reviewed all the information from the ICU doctors. She sat down beside me. I started crying and asked if he was going to be OK. I remember her hesitation. I remember how she looked away from me. I remember her answer. ‘It depends on what you mean by OK.’ My heart sank. She continued on, ‘His life isn’t going to be what you planned. He’s likely to have Cerebral Palsy, epilepsy, severe developmental delays…’ I looked at my tiny, seven pound baby having life breathed into him by a machine, hundreds of wires attached to his head. Tubes and wires everywhere. I realized then that my life wasn’t going to be the same. It’s not going to be what I thought it was going to be. I spent the next five weeks in the hospital holding him literally every second that I wasn’t asleep. I started to think about our new future. My wishes for him, my dreams for him changed from thinking about what sport or instrument he might play in high school, what college he might go to, what career he would pick, to simply hoping that he would be happy. That he would have friends. That he wouldn’t get bullied. That someone would sit with him in the lunchroom. That he would know love. I decided that’s all that mattered.

A couple days before I discharge, he had an MRI. The neurologist came in to share the results with us. She was so different than I remembered her from our first conversation. She came in happy. She told me that while the MRI results showed mild atrophy in his temporal lobes, the damage was less than she initially expected. The prognosis had changed. She said all the options she had previously mentioned to me were off the table, and that he might be OK. She said it was possible he could have some vision loss, possible he could lose his hearing, possible he could struggle with learning, like reading in school. And all of that felt like a relief.

Throughout the next year we watched Benjamin grow. He met milestone after milestone, and we started to think maybe we were extremely fortunate. And that his brain had rewired itself because he was so young. And that maybe everything was going to be fine.

Shortly after he turned one we realized that there was a delay in speech. And we started seeing speech therapists. He gets speech three times a week. He’s almost three now, and still doesn’t talk. He signs. And tries to talk. It’s like his brain and mouth aren’t working together. He tries to mimic us and it just doesn’t come out the same. He only has a few letter sounds that he can say easily, and most letter sounds he can’t get out at all. But tries SO hard in speech therapy. And LOVES learning new signs. And understands so much of what we say. And he’s happy. SO happy! Possibly the happiest kid I’ve ever known. So he is ok after all.

My definition of ok definitely has changed since having Benjamin. I’m raising a basically non verbal child, with notable brain damage. And he’s doing great. And we love him more than life itself. And for sure we will have struggles as he starts preschool, and regular school, and jobs and maybe he will never live on his own, but he’s happy. And he has friends. And he knows love. SO much love. He’s going to be ok.”

This story was submitted to Love What Matters by Maura Caldwell of Minneapolis, Minnesota. Submit your story here, and subscribe to our best love stories here.