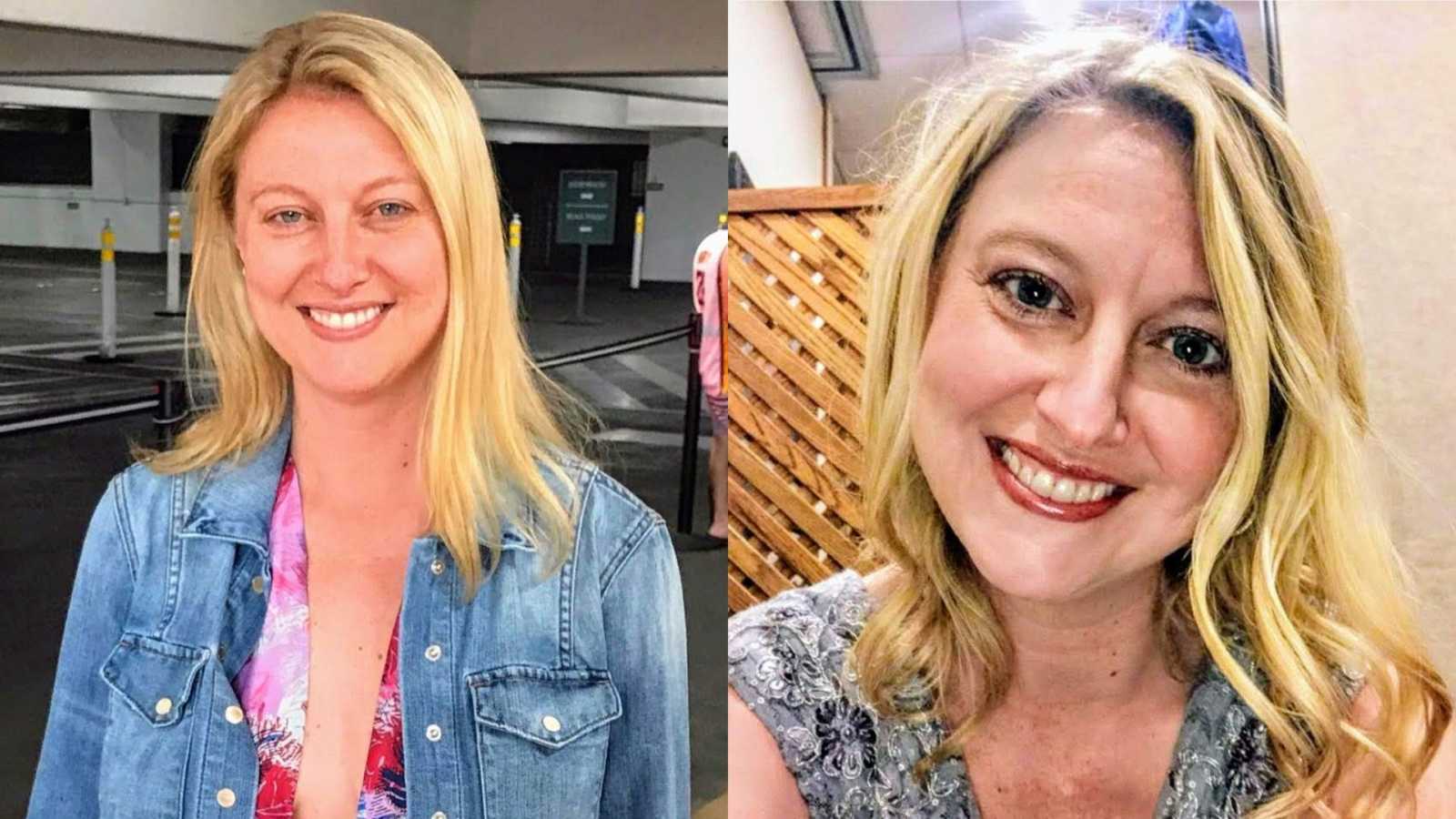 “I was so excited. I really needed this trip to Las Vegas. My boyfriend and I were on our way to meet up with some friends after a really hectic month at work, and had just gotten off the plane in glitzy Sin City.

I stopped to freshen up for a moment in the airport ladies room, and noticed something unusual. Signs were posted on every bathroom stall offering help and a toll free phone number to call if they were being kidnapped, or trafficked. My sister works for a Human Trafficking group in Washington DC, so I was glad to see that some steps were being taken to support victims, especially in a big problem city like Las Vegas. As a habit, I am always keeping an eye out for children in particular, who may be out of sorts.

Fast forward to the long and scattered shuffle to the airport subway station. The crowd of passengers are now huddled outside the subway, molded together like sheep. If there had been any children, they were certainly too short to see in this crowd! We shift from foot to foot, and when the subway doors open, the crowd leaps forward as if spring loaded. People are suddenly shoulder to shoulder, crammed like sardines. They carry Louis Vitton and Star Wars luggage alike, in true Vegas style.

We were nearly last to board, but were in no hurry. We made the step easily and safely ourselves, with only a duffle bag between us and no reason to rush. There was another full few seconds before the doors would close, so I turned around to see if a seat had become available.

As I turned around, everything slowed down. An unexpected crisis unfolds, and every mother’s nightmare became a reality.

The doors began to close, but not before I saw her. A mother, on the other side of the doors, had seen the subway was too full for her and her four children. She was young, maybe 32. As a single mom for a long time, I sympathized. Any place is tough to be with four kids on your own, but traveling is particularly exhausting.

In the next few seconds, a lot happened.

The oldest brother was around 8, and trying to hold onto his young and rambunctious brother’s hand in the background as he pulled and twirled him around. The mom was gathering and a balancing an unholy ton of luggage, and had turned away for just a moment to wrangle another youngster of her own, when she looked up and saw with horror, that her youngest, three-year-old, daughter had stepped into the subway without her. Onto a train full of strangers in Las Vegas, and the doors were closing.

In that instant, many things happened. But only one thing mattered. The girl.

I saw the terrified girl and stepped immediately and protectively over her, my arms and hands hovering over her shoulders as a shield from anyone else who may have ideas of their own.

My eyes met the mothers, and a bond was made. I told her with my eyes as the doors closed that I would watch and protect this child as if she were my own, and that no one would interfere or take her from me until we met again. No police. No security guard. No one but her. In an instant, an unexpected but unbreakable bond of humanity was formed between us. I think she felt it too, though her terror must have been sky high.

The subway bolted off like a rocket, sending us all swaying in its wake. I bent down to attend to the little one. She was so sweet, and quiet tears fell before the shaking of her small sobs could be heard. My boyfriend bent down to her level and gave me one of the best mental photographs I will ever take. On a bended knee, he showed her funny videos of our two doofy golden retrievers, Bailey and Waffles. Her tears faded into a wide smile and she breathed a sigh and calmed a bit. He’s so good at this stuff.

The train let off everyone at the last stop, but we stayed on. We’d been to this airport many times, and knew it would return right back to the last platform.

I was worried the mom may not wait for us to come back. There were 30 gates or so to stop at, and I knew this airport. But maybe she didn’t know the subway only had one more stop before it made its way back. She could have easily assumed her daughter was lost, left the platform to find security – who knows when we may have found her again?

She was probably too panicked to do much in the short time the subway took off and came back, but every parent knows the unfathomable horror of losing a child. Losing a child on a subway full of strangers likely looking to treat Vegas like the Sin City it is known for, which is known for human trafficking, is another level of horror altogether.

When the doors opened, there she was. And what a picture. The mother was sheltering her remaining three and very worried children, lifting their faces to her for answers and security. Luggage was on the floor nearby, ready to be grabbed for the next train. When the doors opened, the family was ready, and piled onto the train. The mom swept up her baby girl and whispered sweet mommy things in her tiny pierced ears. The love was real, and the girl was happy and safe. Mom was happy and relieved.

After the whole ordeal, we all exited the train together at the last stop. I was very heartened to see that four or five other women from our ride had seen what had happened, and waited to make sure we had reunited the girl with her family. (If I had not gotten to the girl first, I would have never slept again if I didn’t do the same thing!)

Any place is a scary place to lose a child. I was proud to see that our country has women who stayed behind to look out for each other and each other’s children. There are many things to disagree about in the world, and some are worthy, but I am glad that in the climate of today, vibrant with so many differences, I saw people come together to treat a stranger and her children with all the deep love, respect, and care they would show for their own. After all, next time, it could be theirs.”

This story was submitted to Love What Matters by Taylor Cherry of California. Submit your own story here and be sure to subscribe to our free email newsletter for our best stories.

Read more about people coming together to help others:

‘They showed up. They took over. They didn’t ask.’ Friends swoop in to help depressed woman when she needed them most

‘As we entered our street, the driver said, ‘Which house is it?’ Then he stopped mid-sentence. ‘Oh… never mind, you’ve got quite a crowd waiting.’