“It’s been eighteen days since a video of my son, Jonathan Jones, trying on color blind glasses went viral. 18 days that have changed our lives and as a result, will change the lives of hundreds more children just like him.

My 12 year old son Jonathan is extremely color blind. Today in his science class at the amazing Lakeview Schools, his fellow color blind principal, Scott Hanson changed his life by sharing his color blind glasses. This is what true leadership looks like in practice my friends 💗

I found out Jonathan was color blind when he was 9 years old but honestly, never quite understood the extent it affected him. He would often tell me about not being able to tell the difference between the colors of the dry erase markers the teachers would use on the board, or have me check if his clothes truly matched. But I always assumed these small instances were the extent of the impact. The non-stop comments and excitement about what he sees now shows me how very wrong I was.

Last week after an early morning national TV interview, he asked if we could find a donut shop for breakfast since he had done so well on live television for the first time.

On our way into the store, he yells, ‘Mom! Look at THAT!’ I had no idea what he was referring to. It was just a plain storefront.

‘Mom, look at that flashing OPEN sign! I had no idea that is what they really looked like. Do you see how bright red and blue the letters are? I could look at this all day!’

We’ve witnessed similar reactions to color on simple things like the time display on the microwave oven, green freeway signs, Christmas lights, color of his clothes, and countless other small, beautiful moments.

While Jonathan had the world’s attention on him, he decided to take this small window of light and used it to shine it towards others through his GoFundMe, which will be used to purchase color correction glasses for other children like him. Our initial goal was to purchase one pair of glasses for $350. We established the fund at 9:00 PM the night his video was posted. Less than 24 hours later, his GoFundMe was at $10,000. It was humbling to know so many strangers around the world were touched enough by his story and trusted us enough to give to the cause. We currently sit at over $32,000.

The day after the GoFundMe was set up, I was contacted by the Enchroma company who manufactures these amazing color correction glasses, and they immediately offered to give us one free pair of glasses for every pair we purchased with the GoFundMe, which means we instantly doubled the amount of children we could help. We were once again blown away with the love and kindness out there in the world.

So, what is it like to watch your child go viral, be interviewed on all the national news outlets, and be on major talk shows? Overwhelming. Pure and simple. There has been very little sleep, endless numbers of interviews, phone calls, emails, and nights away from home but the amount of love, light, and generosity we have received has also been overwhelming in the most personal, beautiful way.

Over these past 18 days, the literal eyes of the world have been on my son but he has handled it with such grace and strength. So many times it felt like we couldn’t do it all but we were laser-focused on that GoFundMe and the opportunity the viral nature of his story provided to bless others. Our mantra over the past 18 days has been ‘It’s not about us.’

In Jonathan’s own words, ‘Mom, going viral has been so fun but I never want to do it again.’

This story was submitted to Love What Matters by Carole Jones. You can donate to Jonathan’s GoFundMe or follow them on Instagram. Submit your own story here and be sure to subscribe to our free email newsletter for our best stories.

‘I sleep in my contacts all the time and I’ve never had a problem.’ I hear this daily, as an eye doctor. This bacteria can quickly lead to permanent blindness.’

‘We had just started dating. He didn’t want to continue the pregnancy. Later that day, my baby’s father died of suicide.’: Mother overcomes boyfriend’s suicide to care for blind daughter 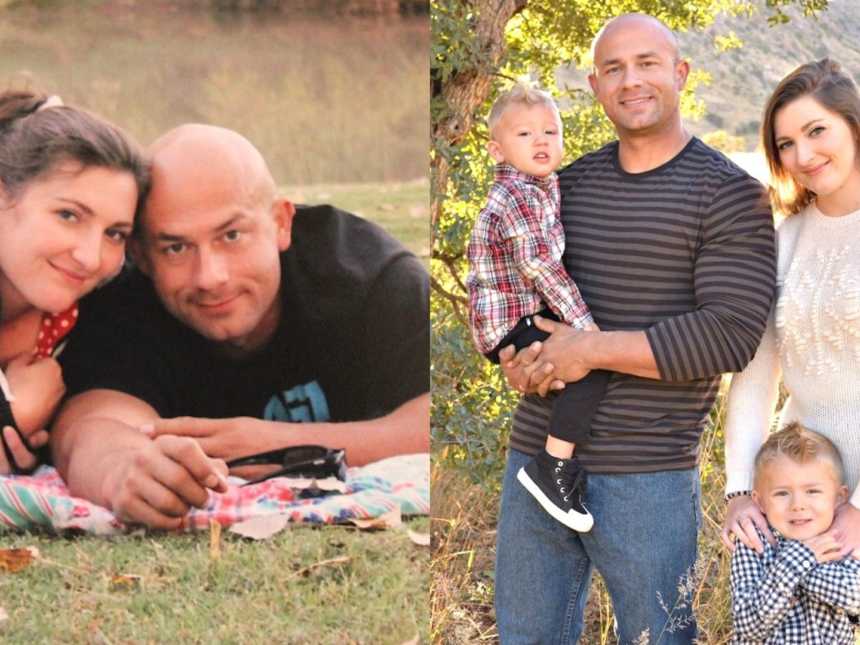