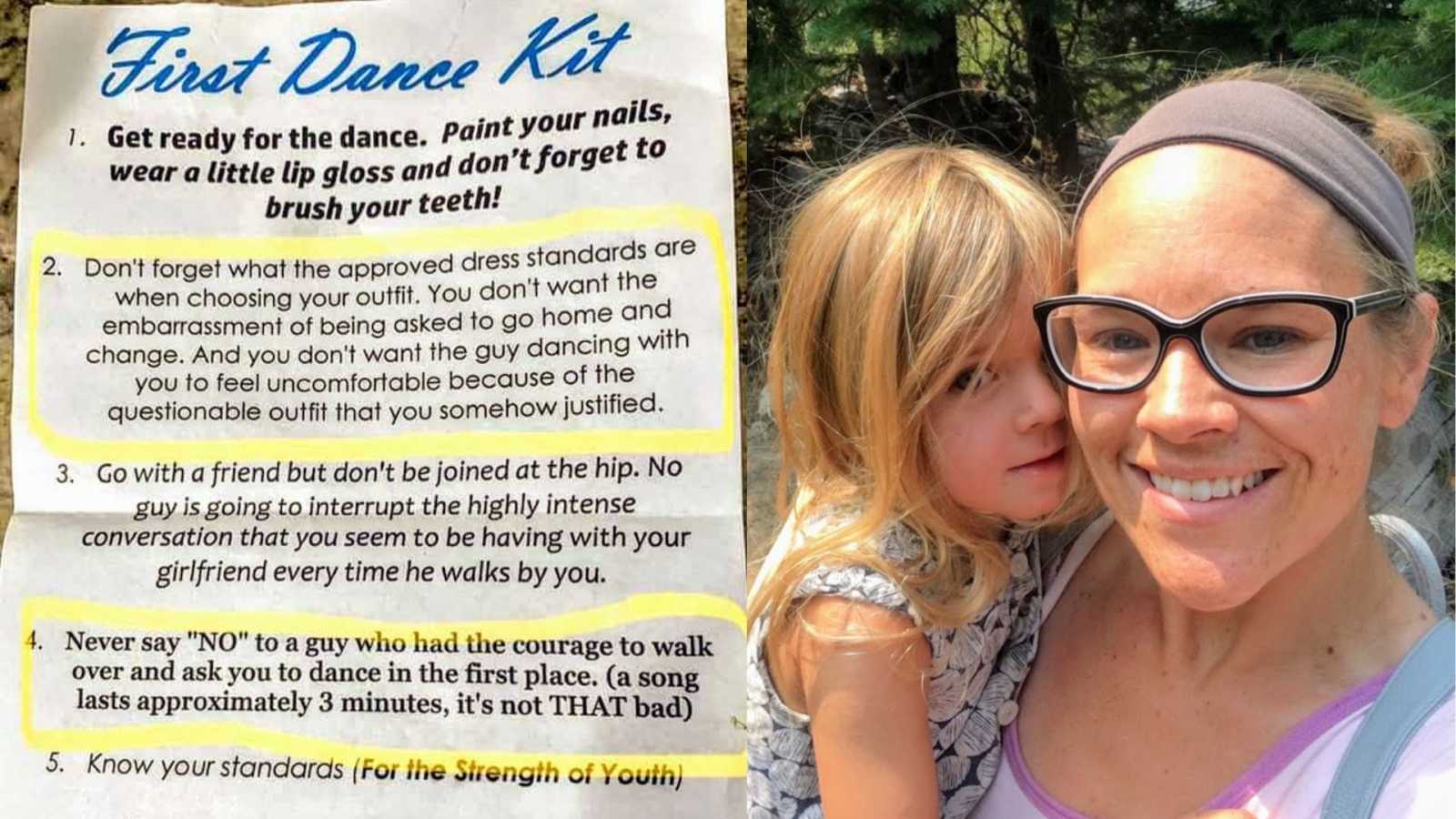 I was born and raised a Mormon. Growing up in Utah, the heart of Mormonism, was a unique experience. While there are many great teachings in Mormon theology, the core value of sexual purity, for me, led to a suppressed autonomy and low self-esteem. Mormon theology is obsessed with virginity and states that sexual relations are proper only between a woman and a man who are ‘legally and lawfully wedded as husband and wife.’ So, what was I supposed to do having been born so sexually aware? And why could I have not explored my sexuality before I had a husband?

At age 12, the youth in the Mormon church enter the Young Men and Young Women’s program. It is in these programs that the youth begin to encounter discussions about what is deemed to be proper sexuality. One teaching is that sexual sin is next to murder in its degree of seriousness. OUCH!

The rules of ‘proper’ sexual behavior and the constant fear-programming for violating the ‘law’ led me to believe that I could not trust myself.  Furthermore, I also accepted, without question, that I needed men who say they speak for God to tell me how to behave sexually. The church does provide a way for one to be forgiven of such egregious crimes. This includes going to your bishop (the man in charge of the local congregation) and confessing all of your sexual misdeeds. As a highly conscientious, Type A personality kind of teenager, the fear-programming got to me. I felt guilt for doing something wrong and shame for being something wrong. As a result,  I was outing myself to the bishop on a regular basis or at least feeling like I should be.

About half way through my senior year of high school, I started dating a boy that was introduced to me by my dad. His parents and mine were mutual friends. I vowed, with this boy, that I would behave differently than I had before. ‘This time,’ I told myself, ‘I will live up to all the expectations and rules that my religion has asked of me and I will be better for it.’

Our first date was New Years Eve of 1999 and I left that experience only wanting to know him more. I had promised myself that things would go no further than kissing. We continued dating and spent a lot of time together in the following months. Just shy of 2 months from our first date, we shared our first kiss. Just a peck. It felt electric, like no kiss I had ever had before. Two months later, we went to his Senior prom together with a group of friends. The boys in the group had all gone in together and rented a Mercedes limo that took us to dinner and then the dance. I remember sitting in the limo alone with my boyfriend.  This time we kissed but it was with the tongue included. There I was at my limit of the things I said I would do with him and I kept my word, at least for 3 more months.

By July, we were having intercourse. I had graduated from high school and was living in an apartment with some friends. We were in love as only two 18 year olds could be. Immature, but committed to each other and being safe and responsible. That however, did not take the awful feelings of shame and guilt away.  The feelings of confliction that I carried with me everyday were sometimes more than I wanted to bear. So, we would try to ‘be good’ but would eventually fail time and time again.

By November, I had decided that my fear of going to Mormon Hell was just too much to live with anymore and so I set up an appointment to meet with my bishop. In that meeting, he told me I would need to attend a church disciplinary council. A disciplinary council consists of four men who are the top leaders of a local congregation. I went into the council hopeful that I could right my wrongs and left feeling completely defeated. To sit in front of four men, old enough to be my father, and divulge every detail of my private life was nothing short of traumatic. But, because I believed these men spoke for God, I took the proverbial beating.

I was given certain rules to live by for the following six months. Including only being able to see my boyfriend once a week in a public setting and one phone conversation a week. It felt like my world had ripped right out from under me. I cried for days. We lived up to the agreement for a couple of months, but by January we were back to our old ways. Unfortunately, the damage done as a result of the ‘court’ was too extensive to save the relationship we had.  I had come to believe that I could not trust myself and that I wasn’t worthy of the kind of love we shared, so I sabotaged the relationship.

The following year I would attend another council to address the fact that I didn’t live up to the stipulations of the first one and had continued in my sinful ways. It took me nearly 15 years to fully realize and accept that what I went through was not only unacceptable and unnecessary, it was both harmful and damaging to me and my sexuality. I’ve had to grieve the loss of being able to experience my most formative years free from shame and guilt, the loss of a perfectly good relationship with my best friend and first lover, and the loss of my autonomy, for a time. For years, I experienced horrible, stressed-induced stomach pains, body dysmorphia, and self loathing. How could I not be distressed when I had been taught that my self worth was based upon my choice to be sexually abstinent?

The ‘First Dance Kit’ Flyer that I posted about recently on my personal Facebook page is a perfect example of something I never want my children to encounter:

Nope. NOPE. NOOOO! Not happening with my daughter.

I first came across a picture of the flyer when it was posted in a closed Facebook group I am a member of. The mother of a teenage girl, who came home from church with the flyer, posted about how much the flyer bothered her. My initial reaction was shock and disgust. The entire message perpetuates the purity culture that I so vehemently reject. The idea that my daughter could be held responsible for boy’s thoughts is the very thing that leads to victim blaming and perpetuates rape culture. And why are we so worried about what the girls are wearing to the dance anyway? Wouldn’t we rather have them there in a ‘safe environment’ than off somewhere doing who knows what? When we tell girls they should never say ‘no’ to a guy that asks them to dance, how do we also teach them empowerment and self assertiveness? I believe a polite ‘no thanks’ is 100% acceptable and healthy. Rejection is a part of life. There is not one single reason we should be telling these girls they can’t say ‘no’ just to spare a boys ego.

It has taken therapy, self awareness, family, friends, and a loving, understanding husband to begin to overcome the effects of what I went through, namely the purity culture. And just like Linda Kay Klein talks about in her book PURE, which was huge for me in its validation of everything I went through, shame is exposed and discarded in layers. So, everyday I work to reject all that I came to believe about myself and replace it with the belief that I did not deserve that disrespect. I was never unworthy. I was a normally developed and sexually curious woman who deserved to explore what it meant to be sexual absent patriarchy, theological intrusion upon my psyche, and oppression through scripts and shaming.”

This story was submitted to Love What Matters by Ashlee Fegan. Submit your own story here and be sure to subscribe to our free email newsletter for our best stories.

‘June 20. Yes, I set a date to lose my virginity. And I texted my mom and all my friends about it.’: Woman says we should be ‘proud of our own stories’ and never ‘push ourselves to meet mile markers’

‘Do you know what sex is?’ I pointed to the diagram. ‘I’m SIX, mom!’ He squirmed and furrowed his brows.’: Mom says we shouldn’t ‘have the sex talk,’ ‘we should have many’