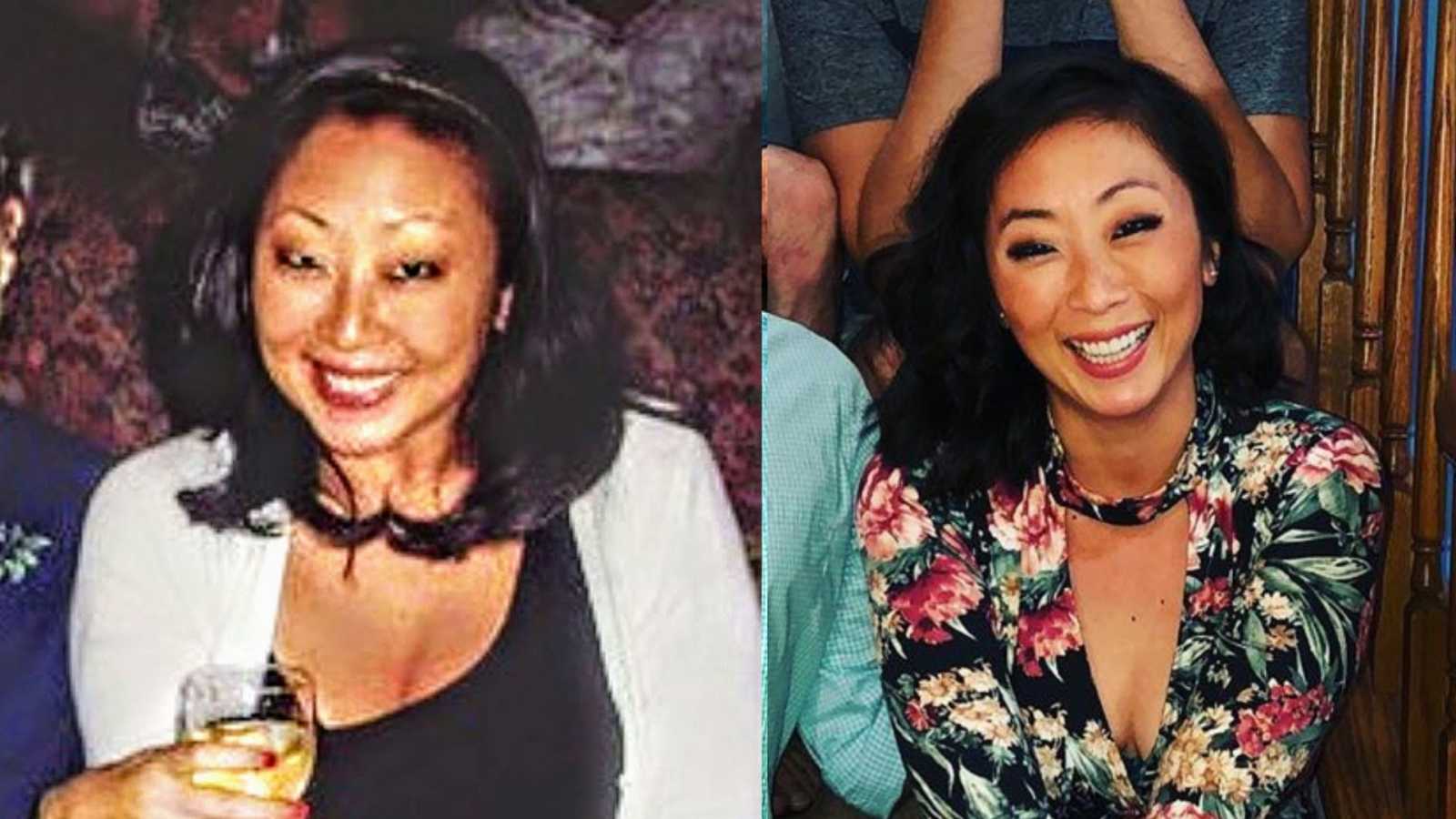 “When I was in high school, I vowed to myself that I would lose my virginity to my first love.

I didn’t have a religious motive. I just always romanticized love and my decision stemmed from the humiliation of my first kiss. I was at a party and drunk off of Mike’s Hard Lemonade when I met a guy, and we made out in a hallway. About an hour later, he turned his attention to a friend of mine. There was no passion, no Hollywood glamour.

I later entered college as a 17-year-old virgin and was teased. When you’re a freshman, groups of girls and friends – well, they just ask. I could have easily lied, but I wasn’t ashamed and was proud of my honesty.

During that year, I pledged the sorority Phi Mu and became surrounded by a tight knit group of girls who encouraged me to trust my instincts, particularly at parties. I looked up to my older sisters who answered my questions with gentle laughs, and I was always shrouded with watchful, protective eyes.

I resisted difficult situations all the time. I had entered college without restraints and was met with an abundance of free alcohol and male attention. I was young and confused that attention with self worth, but I still stood my ground.

I began spending time with a mutual friend and started to really, really like him. We spent several months together and, one night, he put pressure on me to sleep with him. I didn’t feel unsafe or violated, but the moment wasn’t right. I told him no, that I wasn’t ready to be with him, and I assumed that that would be that.

Suddenly, he jumped up and began screaming that I was a tease, and shoved me off of him.

I was so startled that I seized up, and every limb of mine went stiff. I had never seen that side of him. He kept screaming, and then stormed out of the room.

Was I? Had I done something wrong? I mean, I liked him, so why didn’t I go forward?

I started to feel physically ill and I gathered up my stuff, and began processing a mix of emotions I had never encountered. Shame. Embarrassment. That same humiliation from high school. But this time, hurt. If he said he liked me, why did he react that way?

I ran down the hall to my new friend Rachael, and knocked on her door so hard that I can still feel the icy aluminium beneath my hand. When Rachael opened the door, she immediately pulled me in, thinking from the intensity of my horror that a loved one had died. I was barely able to open my eyes by that time, because they were almost swollen shut.

‘I wouldn’t sleep with him, and he got angry and shoved me off of him,’ I cried. ‘And told me he didn’t want to see me ever again.’

It was late at night, but Rachael instantly understood what had happened and I remember seeing her face crumple. She walked me to my room, and told me to get some sleep. I obliged and climbed under my navy blue comforter, still crying and convulsing until I thought I was going to throw up. I couldn’t figure out why, if he really liked me, he got so mad.

I expected Rachael to go back to sleep, but instead, she laid down next to me and held me, like how a mother would comfort her sick toddler.

‘I should have slept with him, and now I lost him,’ I whispered.

‘No, you shouldn’t have,’ she said, and we both knew that she was right.

‘And, and — I lost my earrings. My favorite earrings.’

I don’t remember when, but I eventually fell asleep in Rachael’s arms. She waited up to make certain of it, and then walked back to her room.

Later that week, Rachael told me she got me something, and she pressed in my hand a new pair of identical earrings with a note. Still to this day, I have the note saved.

About a year after that incident, during sophomore year, I happened to reconnect with an old friend — let’s call him Mark. One Valentine’s Day, he asked me out and I said yes. I was surprised that night he took me to a steakhouse and a pop-up orchestra, all on a college kid’s dime. I was also surprised that we hit things off and began dating.

After several months, I confessed I was a virgin, and that I wanted to wait until I was in love with him to have sex.

I don’t actually remember Mark’s response, I’m sure it in some way lacked enthusiasm, but he agreed. The conversation was simple, because we were both developing feelings for each other that were far more complex than any one of us had felt at the time.

We continued to date. We flirted on AIM. We cooked dinners and went to house parties. I texted him at 10 cents a pop on my Nokia flip phone. And, being the overly analytical and strong willed individual that I was (and still am), I spent one year allowing my feelings to grow and evolve.

Yes, I made him wait for one year.

But more importantly, he waited for me and he waited…with me.

One evening, I told Mark that I loved him, and I meant it so strongly that I understood then why people devoted their careers to writing about love. It was such a poignant moment that I remember from more than a decade ago. He was sitting down on his blue futon and wearing shorts.

I also told Mark that I was ready to be with him, and I wanted to sleep with him the next time we could plan an evening alone. He obviously agreed with enthusiasm that time — and so, the date was planned for June 20.

Cue my montage of preparation: I told my mom and I texted my friends my plans. I went to Victoria’s Secret and picked out lingerie, and I curled my hair and gave myself the best smokey eye that I could without YouTube tutorials at that time.

That evening, that June 20, when I entered Mark’s bedroom, he had covered the room with rose petals from two dozen bouquets, and lit close to thirty tea candles. I can even tell you that those tea candles were pink, orange, and yellow, because I still remember everything about that night.

And when we first had sex and I shared my virginity with him, it was perfect. It was intentional and affectionate, because we were in love. After we had slept together, we intensified the love that we had for each other, and that moment was one of my proudest life accomplishments, and still is to this day.

Later, we went to a Bahamian restaurant, and I can still see that night, like I’m extracted from the scene and looking down at our table. We ordered goat cheese crab dip, chicken kabobs, and a trio of sorbets. And when we got home, I finally understood the difference between the validation of attention and the validation of love.

I’m sure you’re wondering by now if we went on to get married but, truth be told, we dated for three years and then grew apart. It’s not a sad ending in the least, though. I was able to use my first experience with intimacy and my first relationship as a launching pad to learn the many facets that define my version of love.

If you’re also wondering why I’m sharing such personal details, it’s because I want to speak to individuals about to enter a new year in high school or college. And if you shared your virginity in a way that’s different than mine, that doesn’t make you any less or more of a person. We should be proud of our own stories.

But I’m here to talk to females who are entering high school or college with anxiety, like I once did, and feeling tremendous pressure to fit in. If I can get through to just one person, my job will be done.

Ladies, life’s too short to preemptively push yourself to meet mile markers. Define your self worth by writing lists of your positive traits. Work toward personal goals.

Learn the power of no.

People will drop off when you give them this answer, and so value the ones who stick around. This will happen for the rest of your life, no matter the situation, I promise.

And finally? Be very careful of the company you keep. Your friends should always be a better reflection of yourself.

That friend Rachael? Still to this day, we’re best friends. I was in her wedding, I am watching her son grow up, and I texted her just now to tell her that I choked up while writing this. Life has a miraculous way of creating bonds out of our most vulnerable times.

Surround yourself with people who love and respect you. Be with someone who loves and respects you.

Because that’s all, truly all, that matters.”

This story was submitted to Love What Matters by Lisa Cleary, a mindset, interactions, and goal writer. You can follow her journey on Instagram. Submit your own story here and be sure to subscribe to our free email newsletter for our best stories.

‘Are you married? Children?’ Their faces fall. They question what’s wrong with me. Come up with creative ideas to fix my situation. Not ONE person offers a congratulations.’ 33-year-old woman explains why it’s okay to be single and childless

‘I was head over heels for a man with ‘a past’. We were an on-and-off again couple, and I thought sex would fix what was broken. I gave in.’ Young ‘sterile’ woman gets pregnant with ‘wrong man,’ re-discovers love