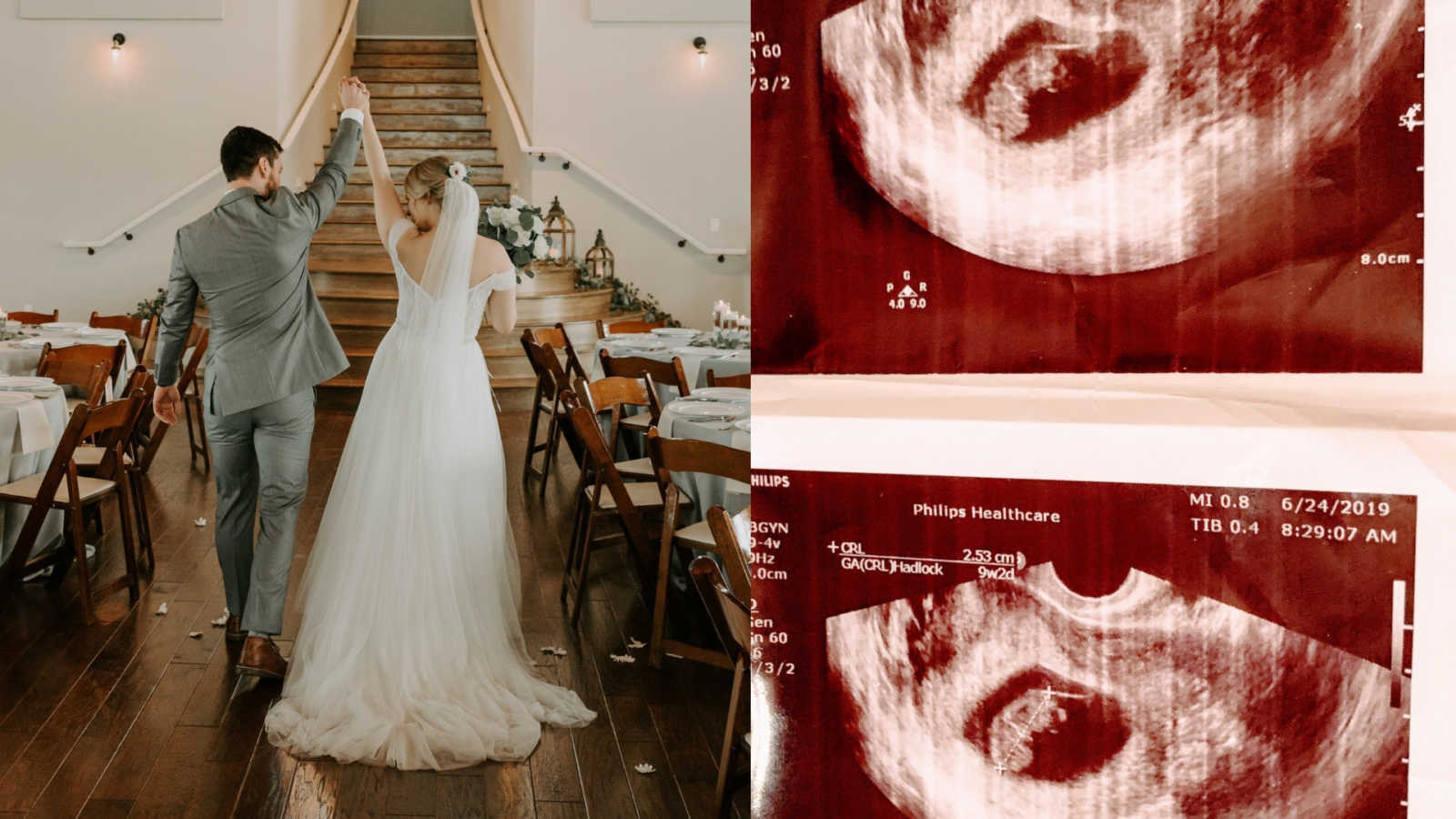 “When I went through my miscarriage, I was one of the first of my friends to get pregnant and the first to experience miscarriage. It was heart wrenching. To be excited for the little life growing inside of you and seeing them for the first time, only to be told it is over in a moment is unfathomable. No one thinks it is going to be them. I certainly didn’t. Being the first, I didn’t have any close friends to lean on for help, advice or comfort. I was lucky enough to have friends who had older siblings who had gone through it, whether just months or even years before me. These women would become invaluable to me. No matter how little I talked to them, if only a few minutes or a few days, they confirmed that I was not alone. They showed me that others understood and had experienced the pain that I felt.

Everyone reacts differently in miscarriage. Some want to tell the world about it, so that everyone knows that their little life existed. Some choose to suffer in silence, never telling anyone. Some want to surround themselves with others to keep their mind off of the pain, while other seclude themselves alone. But no matter what someone chooses, they are suffering. They are grieving.

That being said, there a two really problematic responses I experienced throughout my own miscarriage.

‘She needs to move on. It’s been x amount of time already.’

Okay. First, its normal not to know what to say to someone going through a miscarriage. It’s a topic that most people are exposed to in life. Most people I told would tell me that they did know what to say or how to respond. They would say that they were scared of saying the wrong thing. Personally, I felt the best thing anyone could say to me was just to ask how I was. But I also had people say, ‘the wrong thing’. I personally understood that, even though they said the wrong thing, it was said with good intentions. That being said, I felt that saying even the wrong thing was better than saying nothing at all. Saying anything meant that they cared enough to think of me.

The worst thing anyone said to me or about me was that I needed to move on after a certain amount of time. One of my best friends expected this after only a month. The best way to compare a miscarriage in terms most people will understand better is if someone were to lose a parent or a grandparent, would they just magically stop grieving for them after a month? a year? ever? No. You never truly stop missing them, stop grieving for their presence. So why do we expect women to move on from their babies? The moment we discovered that little life growing inside of us, we loved it with every fiber of our being. We have lost a child who was fearfully and wonderfully made, and just as fearfully and wonderfully loved. We can’t just stop loving that little life, even if they are no longer with us.

I had a friend who often seemed irritated by my grief and the way I chose to have my miscarriage. She’d say things like, ‘Why don’t you just have the D&C? Save yourself the pain and just do it.’

You see, I was what is called a ‘missed miscarriage’. My little one’s heart had stopped sometime in the 9th week of gestation and we found out during the 10th. I was given the three options: Wait, Take the Medicine, or have a D&C. I chose to wait for a week before taking the medication. Going into week 11, I took my first dose of the medication designed to help my body miscarry. I won’t go into details, but it didn’t work. Over the next three weeks, I took two more rounds of it, which also didn’t work. By the time I returned to the doctor after the third round, it hurt to sit down, and I had an infection. I didn’t have a choice but to have a D&C the following day. A D&C was never my first choice but wasn’t the worst thing I have ever experienced.

My choice not to have a D&C is a personal one that I won’t expect many to understand. It felt wrong to me to think that I could go to sleep and wake up as if nothing ever happened, as if no baby was ever inside my womb. I chose to miscarry as close to naturally as possible as a way of honoring my baby. It’s what felt right to me and what I felt would give me the most closure. Don’t get me wrong, there was nothing ceremonial about miscarrying on the toilet compared to in an operating room. It was just what I felt was right for me. Even after all the complications, I would choose the same path again if faced with it. I don’t judge those who took a different route just as I hope that they do not judge me for mine. But I felt my friend had shamed me for not having a D&C in the first place, whether she intended to or not. This friend made me feel as through my grief and my choice of miscarriage was a burden to her life. And in reflection to that experience, here’s what I think:

It is our bodies, and our babies which we are dealing with and grieving for. There is no right way to miscarry because they all suck, to put it mildly. And if someone chooses to judge you and make you feel bad for the choice you made, walk away. They don’t understand what you are going through or the choices you’re being faced with. They don’t understand your grief and all the different emotions compiled with letting go of a baby never born.

To the friend of the woman miscarrying, it is not your place to judge how she miscarries. Just be supportive, no matter what your true opinion is. Because that is what she needs more than anything. She needs a friend and a shoulder to cry on. Someone to sit on the couch and hold her while watching endless hours of movies. Someone to go out to dinner when she needs to get out of the house or lay in bed with her and eat ice cream when she can bring herself to get up.

Miscarriage is a hard and uncomfortable topic to talk about, but one that needs to be openly discussed. So many women experience the loss of a miscarriage. I doubt any woman has ever said that they had too much support while going through a miscarriage. So, if and when you find yourself the friend of the woman going through a miscarriage, be sympathetic and compassionate. Be understanding and heartfelt. Reach out as often as possible, as I promise she feels so alone during this time. Be the friend you imagine you would need it if the tables were turned. Don’t assume she’s okay simply because she can fake a smile. It takes a village to fix a heart broken by the loss of a baby. She needs her village.”

This story was submitted to Love What Matters by Bonni Strom, 26, of Oklahoma. Submit your own story here, and subscribe to our free email newsletter.

‘Everyone poops during labor,’ she warned. It was my first time. I couldn’t stop asking questions. ‘Is it normal my water hasn’t broken yet?’ ‘Should I push? When do I push?’

‘Once again, our child could kill my wife. The woman who is now carrying our 8th child, who has been through hell and always kept hope. I’m angry. I’m sad. I’m numb.’