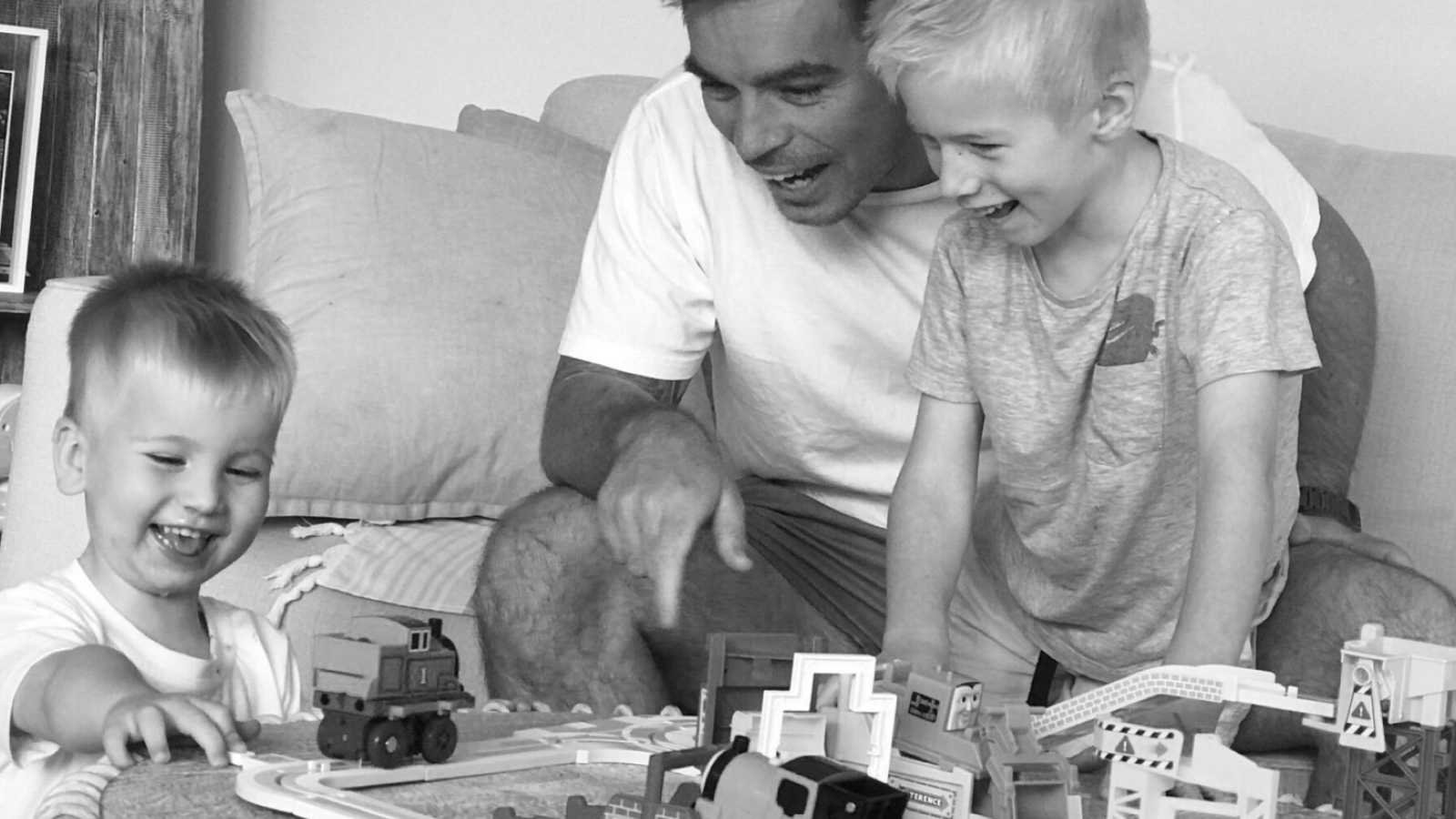 “These two little boys spend most of their day running rampant around mom. They’re at that age now where getting into trouble is fun if you’re not acting alone.

Yeah that’s right. We got ourselves a coup.

But they’re not bad kids. They just do things to get a reaction. And It’s easy to get angry over it. Man, it’s easy. But in reality, all they ever really want is our time.

The thing we need to remember is that if we don’t give it to them positively, they’ll happily do whatever it takes to get it, even if it means getting it negatively.

So, on the weekend they were starting to get silly. Running and jumping over the dishwasher door and throwing toys. But instead of opening the back door and saying, ‘go play outside’; I said, ‘Boys, can you show me your new train set?’

They both stopped dead in their tracks. Knox yelled ‘yeeaaaahhhhh’ and dived into the lounge like a psycho. Finn grabbed my hand and dragged me in there.

They couldn’t wait to show me how Thomas drives up the hill, how Percy loads up at the windmill thingy and how Terence can use his bucket to scoop up the little balls. I asked questions and they answered them.

I said, ‘How does it do that’ and they watched until they had the answers. I said I wanted to see him transfer the load to the windmill, but they kept stopping him from getting to me with their buttons. Thinking they were hilarious for tricking dad.

The kids who were about to be naughty were being absolute angels… and the reason had absolutely nothing to do with them.

Because when given the choice; they would rather play with me than get into trouble every single time.”