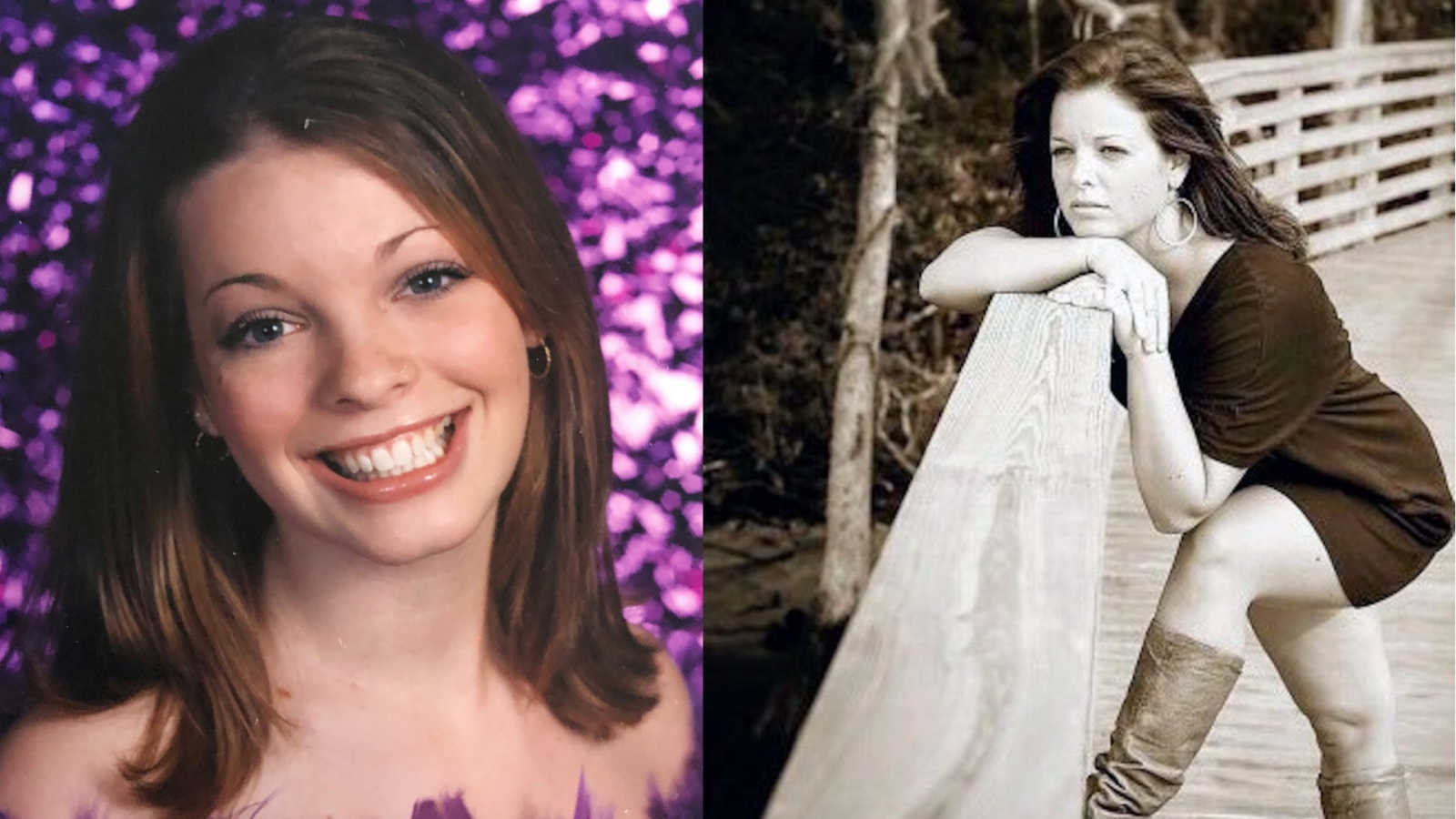 “It’s fair to start at the very beginning with my father. You know, the first man in your life. The one who is supposed to love you unconditionally.

Except that wasn’t quite the case for me. I am a statistic because of that man. An abuse survivor. By three-years-old my parents had separated, and on our visitation days he would molest me. As I write that now it still gives me a fleeting feeling of shame. But that’s the actual shameful part in all of this, and exactly why I will continue to say it out loud until it releases from my lips with ease. It is by no fault of my own that I had a father like that. And it is to every credit of my own that he is no longer in my life.

Yes, at three-years-old, I was wise enough to tell my mother.

My mom removed me from that situation, and soon thereafter she remarried and off we went to a small town where I grew up as an only child with an overly-active imagination. I spent most of my days reading and writing—creating stories that seemed better than my own.

Fabricating fictional happy endings sustained me for a while. I was a bright kid who skipped a grade and could socially play the role, but I never felt true belonging. I was part of the circle, but certainly not on the inside. I always felt like an outlier.

I was well-developed enough to attract attention though, and as a sophomore in high school, at the mere, tender age of fourteen, I had my first real boyfriend.

Those were exciting times. I loved love. I loved the feeling of desire. Fairy tales hooked me early on, and I was convinced they were all coming true. This boy (any boy) would be my white knight. After all, he chose me. Little, old, abused and abandoned me.

But there was a catch to this happily-ever-after. This boy was technically a man. At twenty-years-old, our now sexual relationship was illegal.

Everything was consensual, but that doesn’t matter to the State. So, after three months of hiding our meetups, I came home one evening to find a police officer on my couch. My mother had caught wind of my wrongdoings and rescued me again. But this time I didn’t want her help.

I hated her for that decision. Remember, puppy love is still real love to a puppy, and I was just that: a young, immature mutt with no life experience, who thought she knew the world. Teen angst is fun. So, when I say I hated her, it is not an understatement (Side note: let your children hate you. Better to teach them while they’re in the home then send them off into a world with no boundaries for their body or otherwise).

My first true love went to jail, and I became a small-town girl with an over-sexualized reputation. Teachers hit on me. Dads from the daycare I worked out stalked me. My peers didn’t understand. I was ridiculed, taunted, labeled easy. I became the opposite of everything I was believed to be and wouldn’t even kiss anyone for years.

But then my pain took an unexpectant twist when (on a silly teenage dare) I entered a public speaking contest and ended up winning. I made it to national competitions based on a platform that had just been my greatest pain. Purpose comes in sneaky little ways sometimes.

And for a while, the identity I found in helping others with my words was enough. Until it wasn’t.

I dated the same person from my senior year of high school through my senior year of college, and it was a lovely relationship with a lovely young man, but it was also riddled with long distance, hormones, and infidelity on both ends. Perhaps if we had met later in life, this one would’ve had a different outcome, but two young and too young. I won’t even pretend to know who I was back then.

But what I do know is from that relationship forward, I couldn’t stand to be alone for even one second. When you’re so uncomfortable with yourself, you don’t want to sit with that stranger. You hop into the next relationship, or bed, as fast as you can and evaporate into that person. Surely, that’s the healthiest way to figure yourself out.

And this next man was going to be my toughest lesson yet. My shape-shifter. One might think that’d be the role of the abusers, and although they contributed to my need of dependency and fear of abandonment, this man taught me a big one: that sometimes love is simply not enough.

For the next three years I, we, loved deeply. And desperately. It was a desperate, gripping, passionate kind of love, and that’s always the toughest to sustain. He was the charismatic attorney; I was the yes girl. He would give me just enough; I would settle for scraps. It was great sex, but instability. Spontaneity, but selfishness. Our entire relationship I could never figure out if I was his play-thing or his partner—his Marilyn or his Jackie O. I was always the one to leave, and yet, he always got me to return.

I wanted to end the viscous cycle we were in—break up, get back together, rinse and repeat—so I stumbled upon a book that said sixty days of silence was necessary after a breakup to let emotions subside and possibly salvage any form of friendship thereafter. So that was my goal. Not talk for sixty days and see where things settled.

But that period of time changed us. Or mainly me.

I decided to move to a new state where I knew no one. Looking back, I still can’t believe that broken girl was so bold. I got a random (male) roommate off the Internet, who wasn’t the Craigslist Killer, but actually became my best friend. I spent the next year single for the first time in my life. It was uncomfortable and also pleasurable. I joined dating sites, then quit. I drank, ate in excess, danced all night, lived in a brownstone, excelled in my career, and found a girl who had been buried underneath fear her entire life. I also put myself in therapy.

So, it is of note that when my husband did enter the picture (at a ball nonetheless), he did not ride in on the white horse—I rescued myself. The key to the happy ending all along was that once I realized my value, I attracted someone of equal worth.

My marriage isn’t without its hardships now (we’ve been gifted chronic illness and two kids with autism), but its foundation was one built on full-disclosure. To be seen as yourself and accepted anyhow is a gift, and it’s one I gave myself first—and then allowed the right man to fill in the gaps. My pattern with men is surely not unique. I still love love, but not as much as I love myself.

Other people’s words have raised me, so that is why I write this now. It’s time to pay it forward on behalf of the little girl who was abused and locked herself in her bedroom to read. For the teenager who was raped but chose to enter an oratory contest anyhow. For the twenty-something who ended the cycle of dependency in sixty days, and somehow found herself in a foreign city. And for the grown woman now, who often loses herself to motherhood but still finds time for self-care. These words are for you.

This may have been about the actions of men, but it’s really about the little girl who spoke up—and the grown woman who still does.

May we always remember our words have a bigger ripple than anyone’s unwanted actions ever could.”

‘I used to beam with pride. She was always the star student, the chosen one. When the flapping started, we assumed even her excitement was advanced. Everyone thought I was nuts.’