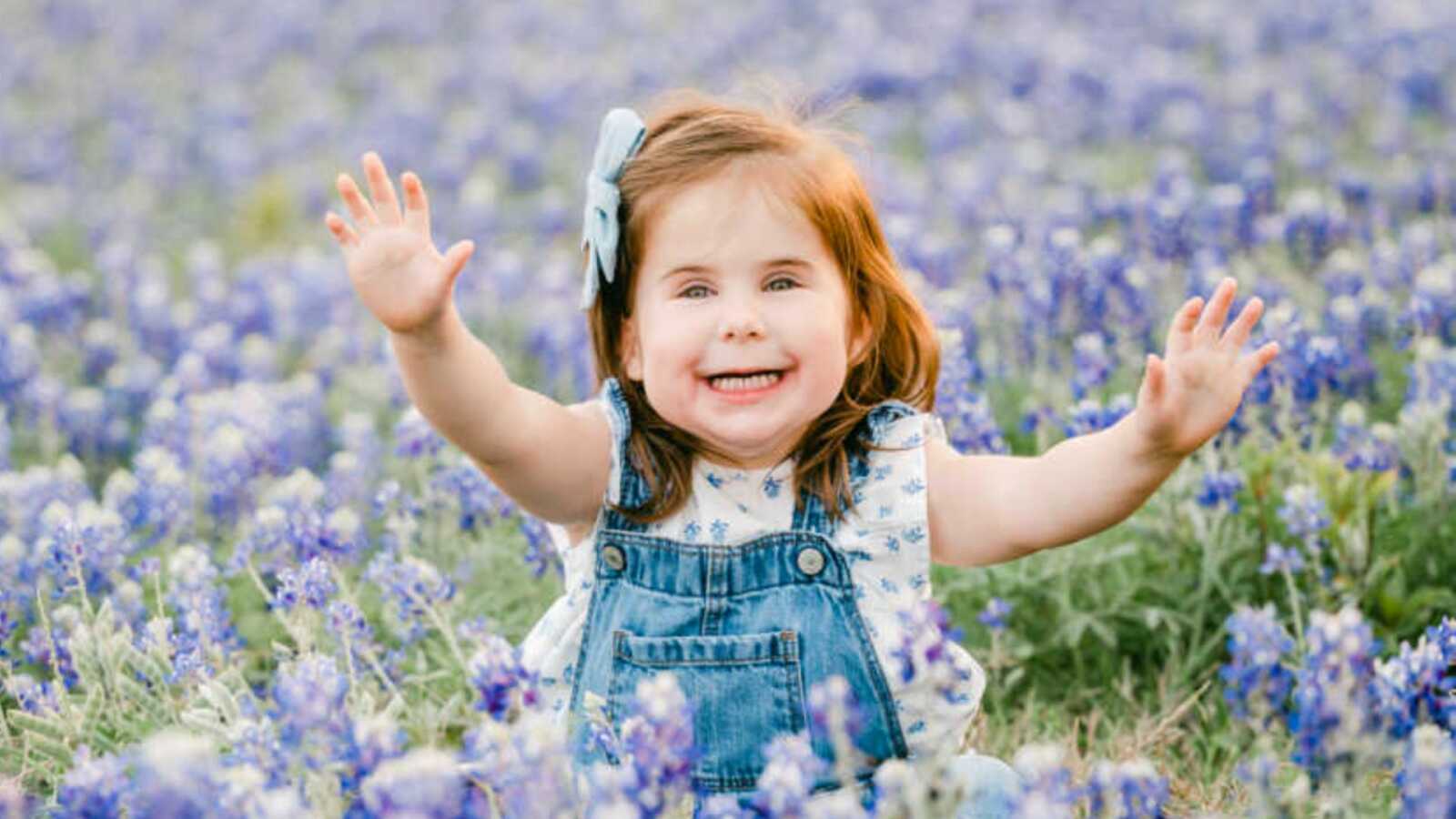 Isla Christner was born with a rare genetic disorder called H3F3a, but didn’t receive a diagnosis until this year when she was 5 years old. Since then, her parents have watched her grow to be more independent and strong.

Because of H3FA, Isla struggles with global and growth delays, gross motor skills, and speech delays. While she was coded with a “failure to thrive” by doctor for years, her diagnosis came as a surprise at what was supposed to be a normal appointment with the geneticist.

“We’d really come to terms with the fact that we would just never know why Isla was delayed and behind. So to find out she had a rare disorder diagnosis all of a sudden was shocking,” Isla’s mother, Brindisi, says. “At first I felt devastated. There was a lot of grief associated with the news. It felt like a death sentence at first.”

“I think before the diagnosis I felt like there was just an open ended abyss. Almost like there was still a possibility everything was normal and nothing was wrong,” she continues. “So to get a diagnosis felt like the confirmation that something was going on. It also felt like a huge relief all at the same time. I think it alleviated some of the pressure of constantly wondering.”

Despite the fear, just two months after the diagnosis, Isla began to walk. The milestone meant a lot to her family, as it represented Isla’s strength and independence.

“This school year was the first time Isla’s ever been walking for the first day. It feels so satisfying to see her reach her goals. We are so proud of her and all the hard work she’s shown,” Brindisi tells Love What Matters.

“Sometimes it’s hard to explain to people what a big deal it is for her to be walking when they didn’t know her before when she wasn’t as mobile. I make it a big priority to explain how far she’s come when we meet someone new.”

Through their journey, Isla’s mom has learned how to become an advocate for Isla to make sure that she is able to live a happy and full life. Being able to share her progress, needs and wants is important in creating a more open and empathetic discussion around kids with disabilities.

“I try hard to explain to her teachers and peers that Isla doesn’t speak, but she can understand most of what people say. I think it’s important to educate and talk about our differences and similarities,” Brindisi says.

“I encourage people to ask questions about Isla when they have them. When I speak to other parents with a disabled children, I always encourage them to listen to their intuition and gut. You are the expert on your child and know what’s best for them.”

Isla’s growth in the past year has astonished her family and has given them hope and pride in their little girl. As they watch her learn new skills that were previously impossible for Isla, they hope she can continue to grow and live a long, full life surrounded by people who love and support her.

This article was written exclusively for Love What Matters by Anna Steingruber. You can follow our contributor, Brindisi Christner, on Instagram. Join the Love What Matters family and subscribe to our newsletter.

‘No eyebrows and eyelashes,’ she said. I hadn’t noticed his lack of hair. She ran her hand across his sweet face. There was a concern.’: Mom learns of son’s rare CFC syndrome disorder, but keeps ‘pushing forward’

Help us spread positivity and kindness. SHARE this story with friends and family.