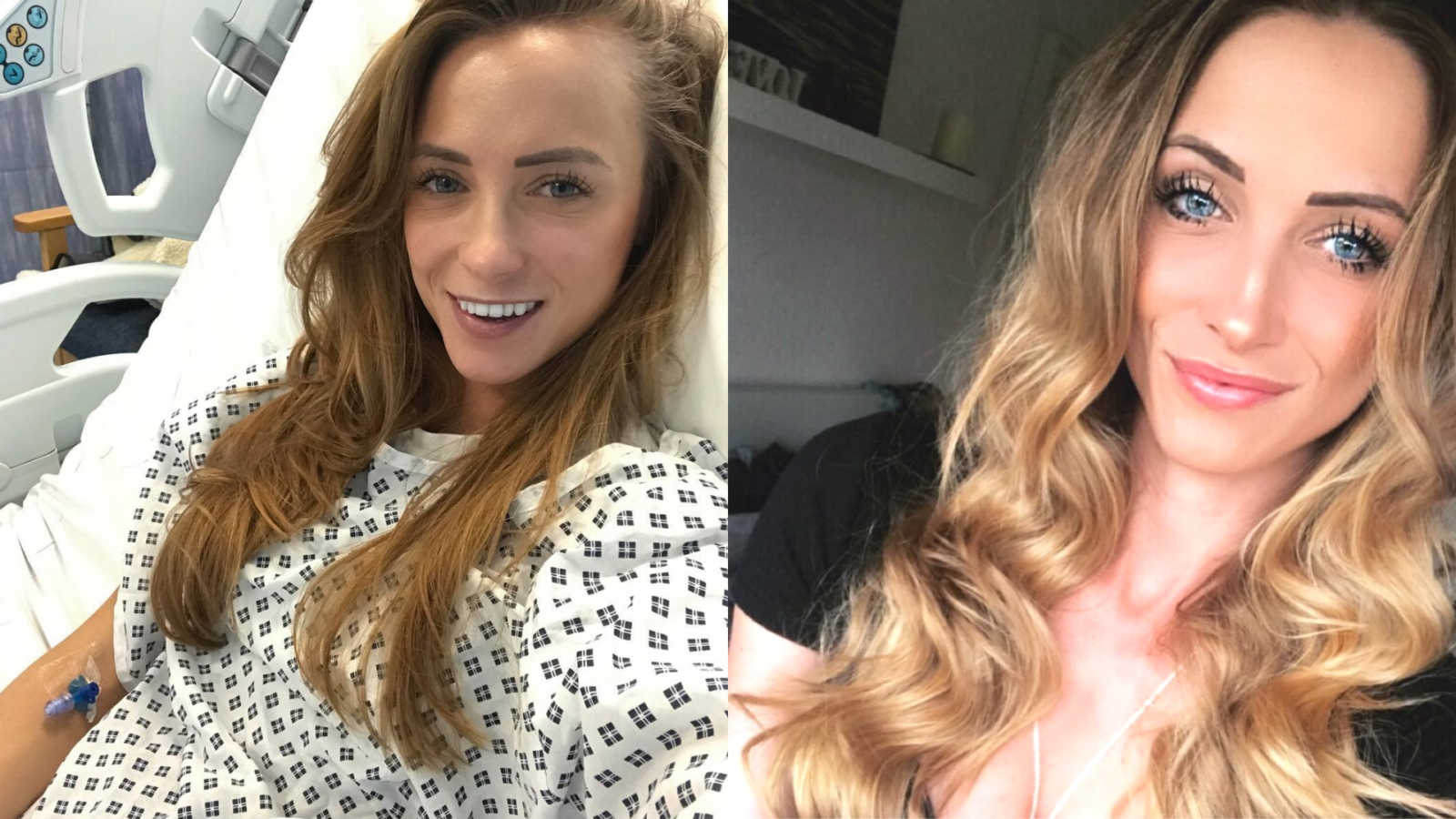 “My name is Sophie Grace Holmes. I, now at the age of 27, am living a very full life doing my dream job and having worldwide adventures. But my journey has been very different to most – I have a very unique outlook on life which has allowed to have the courage to follow my own path… fearlessly. But most of all, I have gratitude on the adversity I faced and will continue to, because true strength is only found at the overcoming of struggles. By heart I am an enthusiast for life and there is a very good reason for that, so it comes as no surprise that I was born 10 weeks early. I weighed 3lb 12oz, and sadly was very poorly and failed to thrive, which left me in a truly vulnerable position. I was rushed into intensive care at 7 weeks old with chronic chest infection and pneumonia. I was not expected to survive so my parents had me christened in the hospital!

Being the strong-willed fighter I am, I pulled through -but still critically unwell with a lot of uncertainty of what my future looked like. I had blood transfusions because I was anemic and still not gaining weight. At the age of 4 months old I stopped breathing and was rushed to hospital, still only weighing 4lb.

This really was only the start of my journey – although at this point, I was still without a diagnosis, but luck seemed to be on my side.  The nurse who was caring for me suspected I had Cystic Fibrosis as her daughter who was a few years older also had CF. She checked if my skin was salty and she was right, so a sweat test was ordered, followed by blood tests to confirm her suspicions. I was diagnosed with Cystic Fibrosis – Double F508 mutation. CF is a progressive genetic disease that causes persistent lung infections which can limit the ability to breathe over time.

So, my CF adventure began. I will never forget the words spoken by parents: ‘It was like bringing up a child to die.’ My childhood, despite rigorous routine of daily physiotherapy and pills each time I ate anything, along with regular hospital visits and intravenous medications, I was extremely lucky and very grateful to have had such unique path. My parents were vigilant in all my treatments and making sure I did plenty of exercise and continue to support my wildest dreams. I started to thrive under the care of a wonderful pediatric consultant, Professor Andy Bush at The Royal Brompton Hospital in London.

Being the youngest of three (two sisters, Lucy and Anna) I grew up as near to normal as I could, not really understanding how serious my condition was. I did my best to keep up with my friends in school, especially in sports, being highly competitive. I didn’t ever want my CF to stop me in any walk of life as I believed – and still do – that it doesn’t have to. It can enhance it in a way (perhaps some won’t fully understand) – the mind and perception is such a life changing tool if we train it to be positive and strong.

My first IVs (since hospital at 4 months) were at age six and probably every couple of years thereafter until 19 years which is pretty rare when you have CF. It’s usual to find many patients having 3 monthly routine treatments in hospital.  Things took a turn at the age of 19, unexpectedly. I became very poorly with a 40% drop in lung function, so I was hospitalized at the Brompton with intensive physiotherapy and IVs. Although this admission brought many uncertainties including life expectancy, I see now it was the experience that changed my life for the better. This huge setback and struggle has given me such a zest to lead a life full of ambition, focus and determination.

What I’ve learned from life is for every inch of happiness lies some sadness which teaches you gratitude for life and tests your resilience. CF is a life-threatening disease (half of people who die from CF are aged 28 or younger and a life expectancy of 41. Sadly, I lost a close family friend to CF at age 23, followed by 4 more in the next couple of years aged between 17 and 26.

So when I went into hospital, I was afraid and determined to fight CF.

I came out of hospital and decided to change my job and trained as Personal Trainer.  I am always pushing my body in and out of the gym to see what I am capable of via extreme challenges and eating good nutritious food. Being active and on the go has worked for me and I have never had so much energy to live, in fact more than most of my friends. My lung function is back up in the 90’s and I am determined to encourage others with CF to live life to the fullest if they can and educate on the importance of exercise. But we all know life isn’t as straight forward as that. The bumps in the road test our resiliency and will to never give up despite odds. It’s whether we choose to rise to the occasions that shows hold badly we want to achieve.

I’ve had my fair share of obstacles and challenges since then, including another hospital admission, bronchoscopies and finding new ways to keep my lungs healthy which has been the biggest battle, but one I have successfully won by recently having a 20% improvement in 10 weeks which is pretty unheard of.

I am proud and very lucky to have had such incredible and life changing opportunities over the years due to my attitude and indomitable will to survive.

My achievements thus far include summiting Mount Kilimanjaro in 2015, various half marathons in 2016, finishing 100km Ultra Marathon in 2017, Mont Blanc, Grand Paradiso and the Himalayas in 2018, and my first white collar boxing match in 2018. And this year is set to raise the bar even higher.

I hope my story will give hope, determination and allow a different perception of CF to parents of young children and to other young CF sufferers. Positivity, a strong mindset and exercise is what I believe keeps me alive, along with the unstoppable will to survive and thrive, the medications, and making the most of every moment. After all, it’s not the number of breaths we take but moments that take your breath away that count. For me, having my biggest fear of regret, I will never bow down to an excuse or statistic not to do something – if we don’t try, we will never know. I was told I would be lucky to make the age of 16. Now I’m nearly 28, and I couldn’t be more alive.”

This story was submitted to Love What Matters by Sophie Grace Holmes. Follow her on Instagram here. Submit your own story here, and subscribe to our free newsletter for our best stories.

‘He knew. Both his beautiful girls were in the fight of their lives.’: 17-year-old rallies behind his girlfriend after leukemia diagnosis, sister after Cystic Fibrosis diagnosis

‘It’s amazing, two strangers could be the most important people in my life’: 23-year-old details brave donor journey through cystic fibrosis 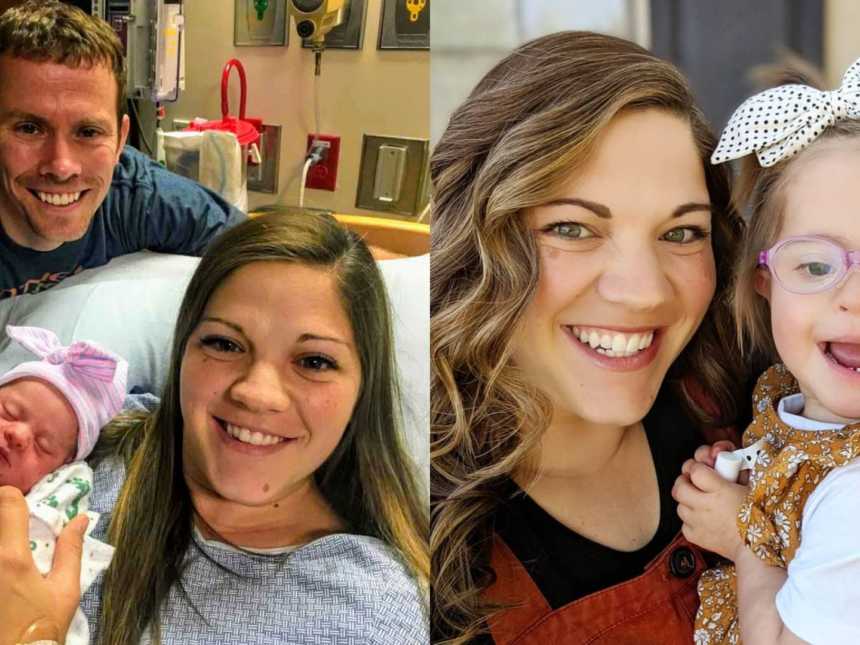 “A few hours after going to the doctor, I was out shopping with my husband. He handed me the phone. ‘It’s the pediatrician.’ My heart stopped. Why was he calling so soon? And why was HE calling and not the nurse this time?! Then, he said the words I’d been fearing since Tessa’s birth. I didn’t have the strength to stand. I fell to my knees. I had no idea how to move forward.” 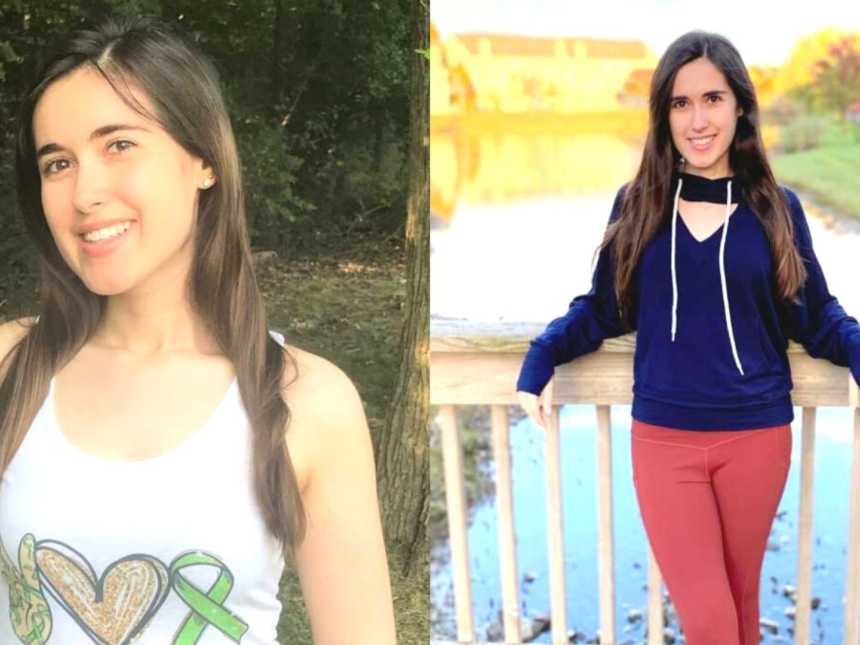 ‘It was my last chance.’ I burst into tears. I was only 22 and felt like my life was over.’: Woman details journey with Nephrotic syndrome, ‘I’m on the path to healing’

“I was covered in hives. My cheeks were flushed, and I gasped for air. ‘I hoped this was the answer.’ I was allergic to my last shot at remission. It had all been for nothing.”