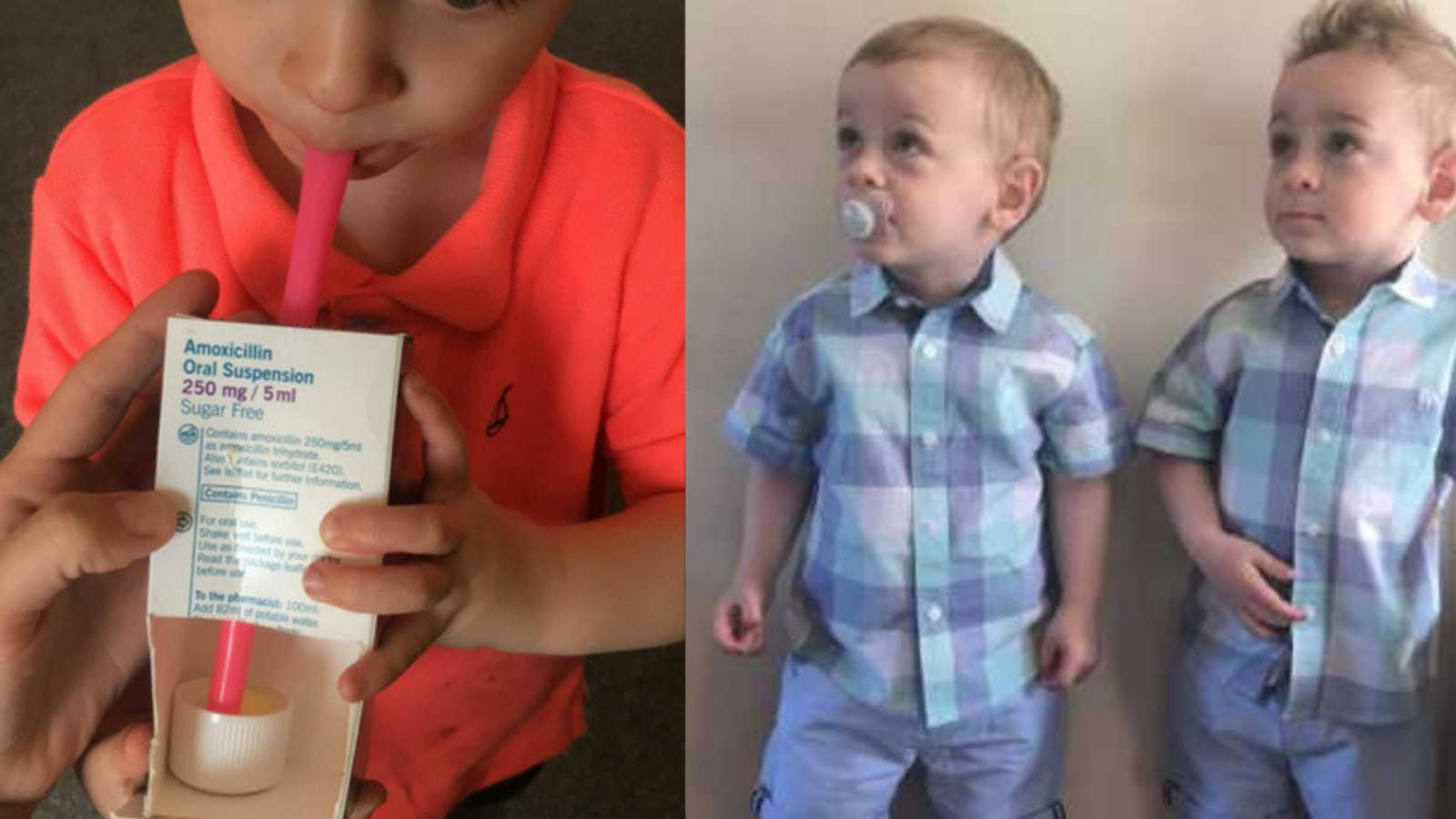 “I’m a parent of 19-month-old twin boys to Lucas Jae and Theo Shae.

Both boys were absolutely fantastic at taking medication and if given half the chance would down medicine from a bottle but since doing poorly this past week its been an absolute mission and a battle three times a day to get them to take their antibiotics. I had tried numerous ways, but unfortunately nothing lasted. They love to drink through a straw and even more so since having tonsillitis so I knew I had to try it via this method but somehow had to disguise it. I’m just glad they are not at the age of reading, that would have been a problem!

All I did was just hit or miss using a method through a straw. I knew that mixing the antibiotic in a drink and putting it in a beaker wouldn’t work for my kids as I had previously tried it in banana milkshake, milk and many other drinks… From one dose to the next my mind was in overdrive trying to work out how I was going to get the next lot of antibiotics in to them! That’s when I thought I’d measure 5ml of antibiotics and pour it into the cap, but I somehow had to disguise it. So I put the cap of antibiotics into the antibiotic box and punched a hole with a straw into the top of the box so it looked like a juice box. The boys are very independent and wanted to hold the box themselves but with this, the medicine was being poured all over the box so then I cut a square piece off the side so that I could hold the cap whilst they slurped up their medicine.

Unfortunately there is no recipe for parenting and you just have to go with what works. What works for one may not work well for others but anything is worth a try.

I took this picture in hoping it would help other parents. We all know how frustrating it can be as you want nothing but your child to get better. I unfortunately only managed a picture of one of them but it did however work with both!”

This story was submitted to Love What Matters by Caryl Mayes Submit your story here, and subscribe to our best love stories here.