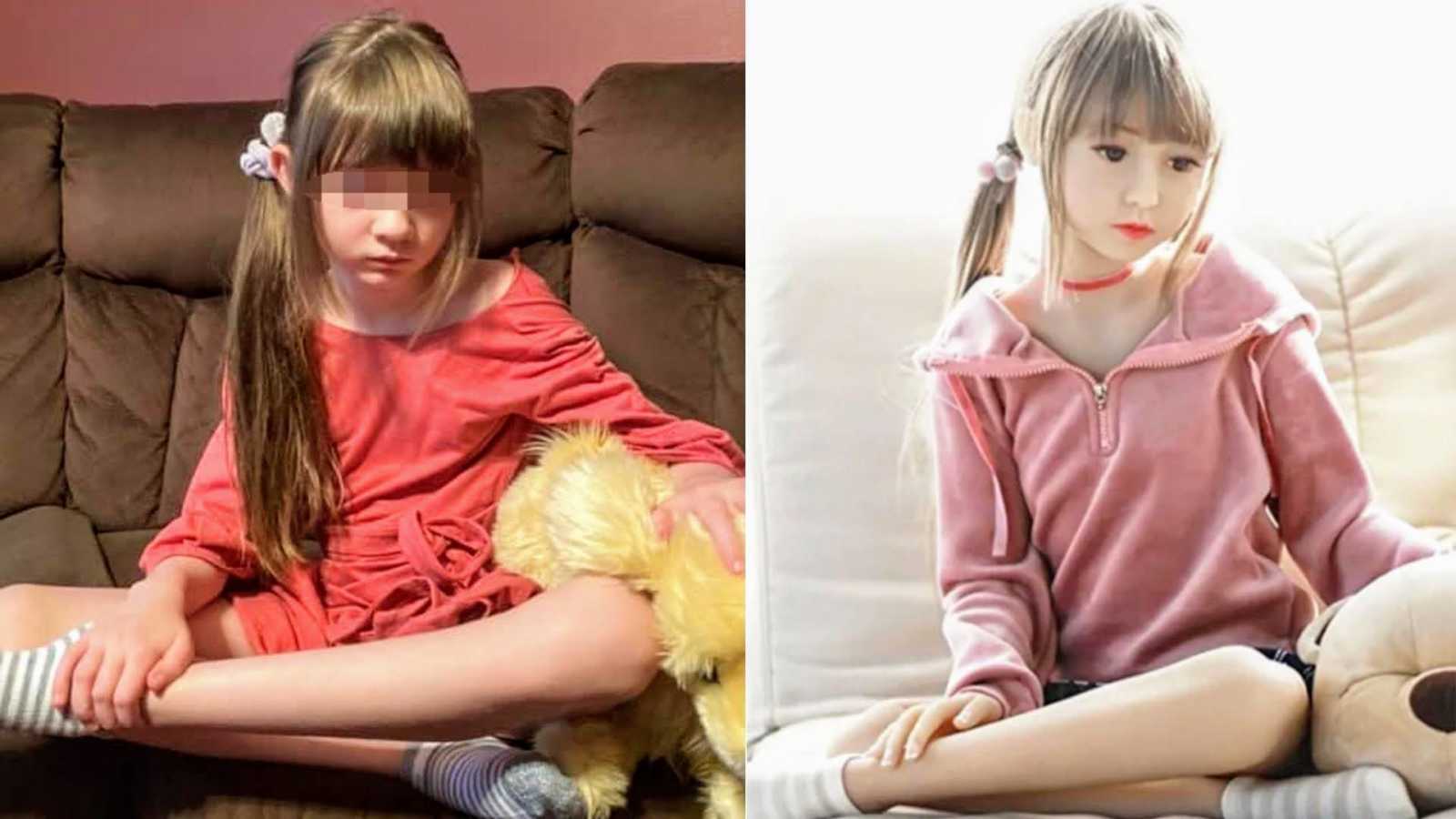 “Approximately one year ago, Terri posted a photo of her daughter, Kat, in a Facebook group designed to keep friends and family in the loop about her daughter’s health journey. The image, bearing Kat’s solemn expression, was accompanied by an update regarding her ongoing battle with arthritis. On this particular day, Kat was in a great deal of pain after a long day in the hospital.

Terri could never have imagined that on August 12th, 2020 at 5:24 a.m, she would receive a Facebook message from a friend about a child sex doll being sold on Amazon with striking familiarity.

Terri writes, “When I read the message from her and saw the image, I instantly started to cry and cry. I was completely overwhelmed with a mix of emotions I’ve never felt before. The image of the doll looked very similar to the photo I’d taken of my daughter, Kat.” She continued, “This image had the same socks, sweatshirt, and pose as my daughter. This doll’s face even had my daughter’s facial features. My daughter’s beautiful images were used to create something so ugly and evil.”

But her anguish didn’t stop there. “I was in shock that Amazon would sell inappropriate child sex dolls on their website. We use this website to help with Kat’s community service projects, and I asked myself how this could possibly be legal in the United States,” Terri told Love What Matters.

The doll was advertised as a “High Quality Sexy Dolly For Men,” and placed on sale at Amazon for $559.00 dollars.

Terri immediately reached out to Amazon to get the doll removed from the site, which took a total of four days to achieve. Shortly after, she began receiving messages from supporters indicating the very same doll was now listed elsewhere on the internet. The doll wasn’t going away, and she knew she needed help.

Turning her distress into determination, Terri has partnered with the Child Rescue Coalition to create a zero-tolerance petition for child abuse material. “I’m asking everyone to join me in this fight to help make a new federal law, or pass the CREEPER Act, criminalizing the purchase of dolls like this in United States to stop pedophiles from acting out their fantasies on our children.”

When we asked Terri what she wants parents to take away from her story, she said the following:

“Parents should have a conversation with their children and explain why it’s important to keep their social media accounts private, and limit the quantity. It is also important to go through privacy settings with your child to make sure they understand each one. Be honest with your children and explain that sharing your location, phone number, or address and accepting friend requests from people you don’t know can be very dangerous. I always like to say, ‘If you don’t know them, don’t friend them.'”

Read more about Terri’s story on the Child Rescue Coalition website. Submit your own story here and be sure to subscribe to our free email newsletter for our best stories, and YouTube for our best videos.

‘My son’s wrestling photos ended up on a pedophile page. When I opened this person’s account, I felt like I was punched in the stomach’: Mom offers safety tips for ‘online parenting’