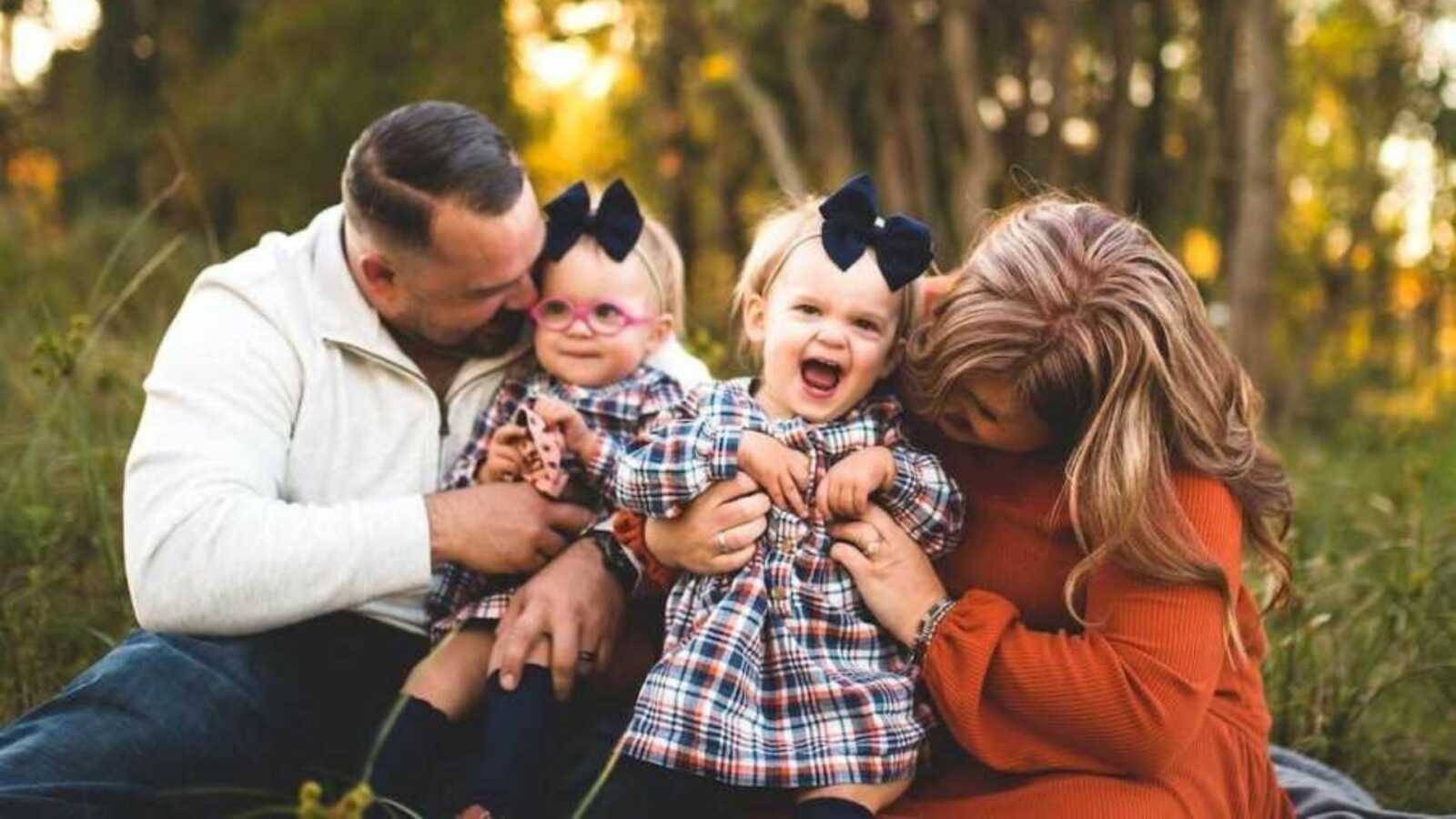 “As soon as my husband, Derek, and I got married in 2016, we started trying to have a baby. We had already been together for 5 years prior to marriage, and knew we wanted to start a family. I grew up with 3 siblings and loved having a larger family.

After a year or so of nothing happening, I was diagnosed with PCOS and was put on a drug called clomid. We tried two rounds of this with no luck. We got referred to a fertility doctor at the Center of Reproductive medicine in Texas and had full work ups done. They couldn’t find any additional issues, so we were presented with the option to do an IUI.

This is a procedure similar to IVF but is less invasive and involves less medication. It is still pretty costly, but we prayed about it and decided to go forward. For someone who’s afraid of needles, this was not an easy task, but we didn’t have any second thoughts.

I can remember exactly where I was when I got the phone call that our first round of IUI was unsuccessful. I had already pretty much known, but the call was still so disappointing. Our doctor was confident we could try IUI again before moving on to other options. We geared up and decided to do a second round back-to-back.

This time, everything seemed to be going just right. We were hopeful, but again it was unsuccessful. We had a meeting with our fertility specialist and he said he would recommend only trying this once more before moving on to IVF. We knew we could not afford IVF, so we were kind of discouraged while we tried to decide if we were going to try and take out a huge loan, or sign up for the foster to adopt program through CPS, which is also very risky and potentially heart breaking.

I got a phone call from our amazing nurse at CORM, telling me they thought I would be a good candidate for an IVF clinical trial they would be participating in. I could hardly believe it! I didn’t even know those were a thing at the time! Were our prayers being answered? We were so excited, but then we got another call saying our insurance didn’t pay all they initially thought, and I would need to pay them $7,000 before the end of the day in order to be a candidate in the trial.

Of course, we scrambled and took a small loan to make this happen. Another hurdle jumped. Fast forward through lots more testing and another surprise procedure that was necessary before starting the IVF cycle, and we were ready to begin.

I had to do many more injections, twice a day at very specific times. I would get my nurse friends and sister to help whenever possible because it was almost mentally impossible for me to inject myself. I honestly did not have much faith this was going to work since we were in year three of trying different things with no luck, so we went ahead and began the process of signing up to foster while simultaneously taking IVF medications.

We transferred one perfectly graded embryo. I took it easy for two days and headed back to work as an elementary school teacher. I took a home pregnancy test the day of my blood test to be prepared before getting another heartbreaking phone call. It was negative.

I was sure this was the end of the road for us with having a child naturally. Usually the clinic is very prompt with their phone calls but this day, of course, it was taking all day. I left two messages and had yet to hear back by early afternoon. I was also checking my patient portal like a crazy woman.

All of a sudden, the number ‘51’ showed up on my HCG level in the portal. WHAT?!? An actual number?! Usually it is less than one, but I was actually seeing a number! I called and called until I got a hold of someone. I was shaking and was so nervous. When I finally talked to someone, I was told, ‘While a 51 is technically positive, it’s very low. We really like to see it over 100.’ My heart sank. This was a Friday afternoon and I was told to come back Tuesday morning for a redraw.

If waiting was the only thing I had to do all weekend, that would have been excruciating enough, but of course, that couldn’t be it. I began bleeding so heavily I passed out and my husband called 911. My blood pressure was so low they wanted to take me via ambulance to the hospital.

We had already accumulated enough bills and were paying on the loans for all our procedures, so I declined. We were sure this was a miscarriage and our doctor said we could go to the ER, but they wouldn’t be able to do anything to save the baby, or I could wait for my appointment the next morning. Later that day, was our best friend’s gender reveal. My husband put on a brave face and attended for the both of us, as I was at home ‘recovering’ from the blood loss.

My redraw appointment was the next morning, so I took a home test before leaving, just to be sure. It was the darkest positive test I’d had thus far! Once again our minds were confused and our hearts were racing.

At the appointment, my levels more than doubled! I was still pregnant! We were shocked, excited, and scared out of our minds, but still not out of the woods. They called us in for an ultrasound due to the bleeding. Nothing was seen, not even a sac. We were told it could possibly be ectopic, but it was still fairly early on so we would recheck in a week. Talk about feeling like I would shatter at any moment.

When we returned a week later, we were able to hear a single heartbeat! We were so happy! My husband had taken off so much work already for all the appointments and procedures, so for the required 8 week scan, I went alone. We weren’t expecting any major changes. That’s when they told me there wasn’t one baby in there, it was TWINS!

You can imagine my shock! TWINS?!? How can this be? We transferred one embryo. Well, it split into identical twins. With this amazing news also came another blow. They were Mono di twins. They shared a gestational sac, but had a thin dividing membrane between them and their own amniotic fluids. Many risks and complications can come along with this type of twin pregnancy.

The road was anything but easy, with biweekly appointments with a specialist in Houston (an hour and a half away) as well as my regular OB. We had a few scares along the way with possible twin to twin transfusion syndrome and heart defects. For a time, I had to drive to Houston weekly and have two hour long ultrasounds to inspect the hearts and other organs. But, we later found out we were having GIRLS!

God allowed everything to turn out just fine, and my baby girls waited until their 36 week scheduled c-section date to come into this world. Our perfect girls came into this world on New Year’s Eve! The best way to start a new year!

The journey was anything but easy, but we were doubly blessed and wouldn’t change a single thing! I still can’t believe God blessed me with twins. After all of the infertility struggles and the emotional rollercoaster that came along with it, as well as the pregnancy itself, we are here today with our precious, smart, outgoing two-year-olds. I thank God every day!”

This story was submitted to Love What Matters by Brittany Quebedeaux of Nederland, Texas. Submit your own story here, and be sure to subscribe to our free email newsletter for our best stories, and YouTube for our best videos.

‘It’s Stage 4.’ Two years into the adoption process, I had a strange urge to take a pregnancy test.’: Mom battling endometriosis, infertility births miracle twins after 1,460 days of trying 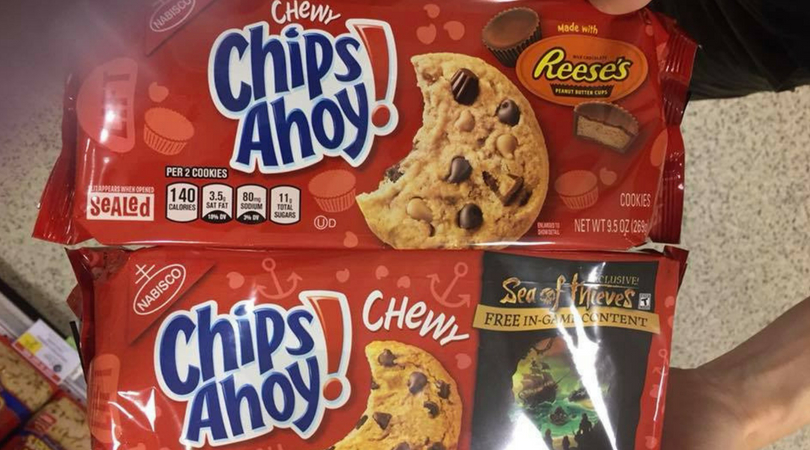