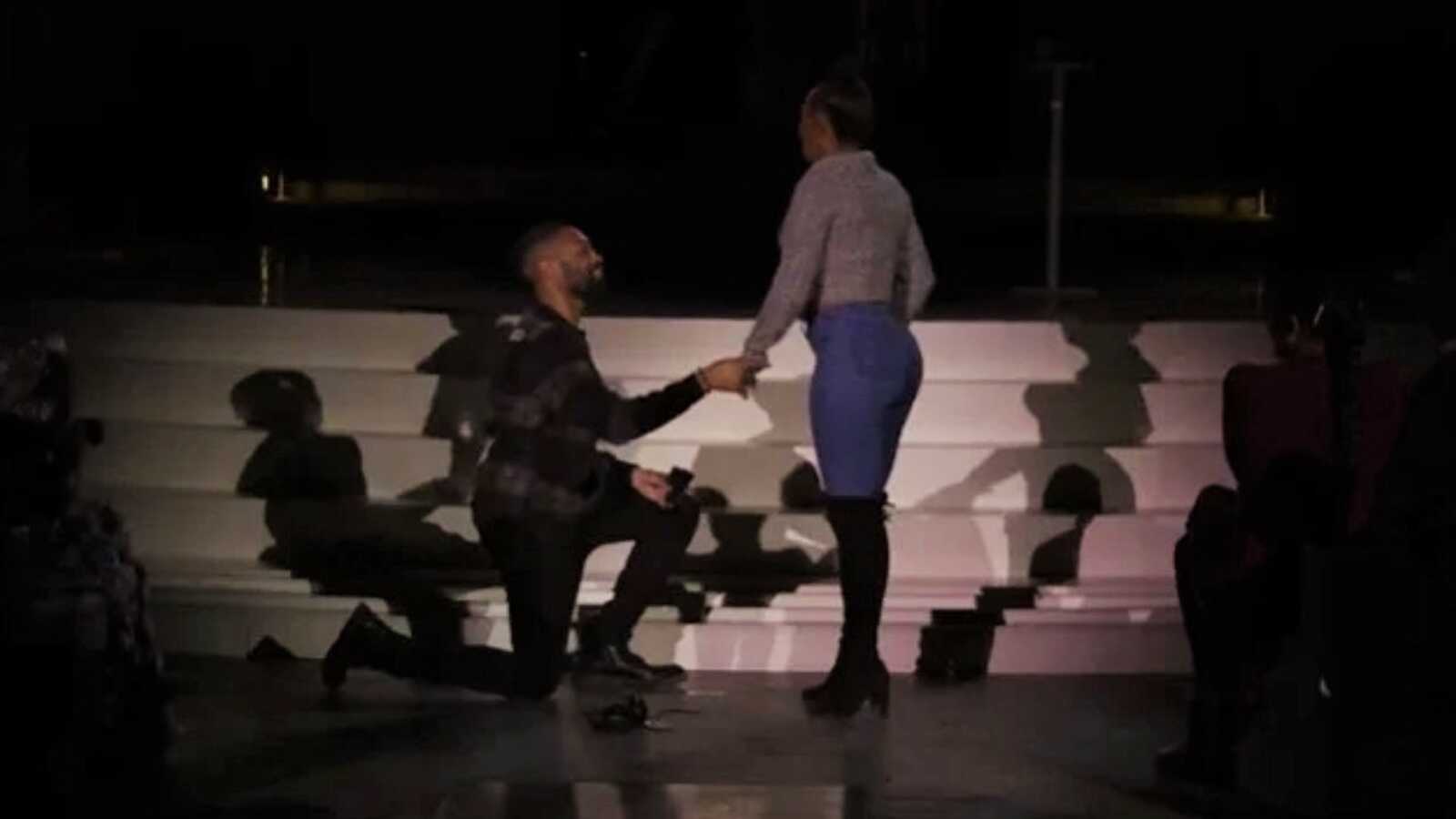 There are a lot of beautiful, romantic proposal stories, but it’s hard to beat one that involves Adele.

For her first live concert in four years, Adele wanted to go all out for the musical event that would later air on CBS. That’s why producers of the event called out to fans of the singer who were looking for a special way to propose. They asked them to submit a one-minute video explaining why they should be chosen for this once-in-a-lifetime opportunity.

When Quentin Brunson came across the request, he knew he had to enter — in part because he and his now fiancé, Ashleigh Mann, are such huge fans of Adele. But also because the two of them have been dating for seven years, and Ashleigh was dying for this day to come.

“I just let them know I felt like it was — like this opportunity was from God, for sure, because it was made for us,” he said. “And once it came across my table, and I saw it, I just knew that if I submit to this they’re going to pick us.”

Once Quentin’s intuition was proven to be correct, the proposal plans were set in motion! Some of the details, however, weren’t given to Quentin ahead of time. In fact, he didn’t even know that Adele would be directly involved in the proposal until just days before it happened.

“They didn’t give me a lot of information, for the good, because it would have made me a lot more nervous,” he said.

As for Ashleigh, come the night of the concert, she had no idea where they were headed.

“I honestly thought that we were going to go on a hayride after talking about going to the pumpkin patch,” she said. “So I just assumed we were doing something cool like that.”

Once she was blindfolded and given noise-canceling headphones, however, she knew something was up. Quentin led her out into the concert venue as the audience members stayed quiet as a mouse thanks to Adele’s command. Even once the blindfold came off, with the lights down low, Ashleigh truly had no idea what was in store for her. But she did know one thing: the love of her life was about to ask her the question she had been waiting to hear!

After an emotional speech and a resounding “yes,” Adele came onto the stage, leaving Ashleigh absolutely speechless.

“I saw him down on one knee and then Adele was there and then I was like, ‘Am I alive? This could be a dream,’” the bride-to-be said.

The couple took their seats in the front row, right between Melissa McCarthy and Lizzo, so they could enjoy the show with the perfect view. Adele started off with her classic love song, “Make You Feel My Love,” just for the special couple. As she sang, Ashleigh couldn’t help but cry, but thankfully McCarthy, who was also getting emotional, had some tissues to spare.

Watch the beautiful proposal play out in the video below, and don’t forget to share this story.

New life goal: Get engaged in front of @adele. 💍 pic.twitter.com/ybfa922aHg

This story originally appeared on InspireMore. Be sure to subscribe to our free email newsletter for our best videos.