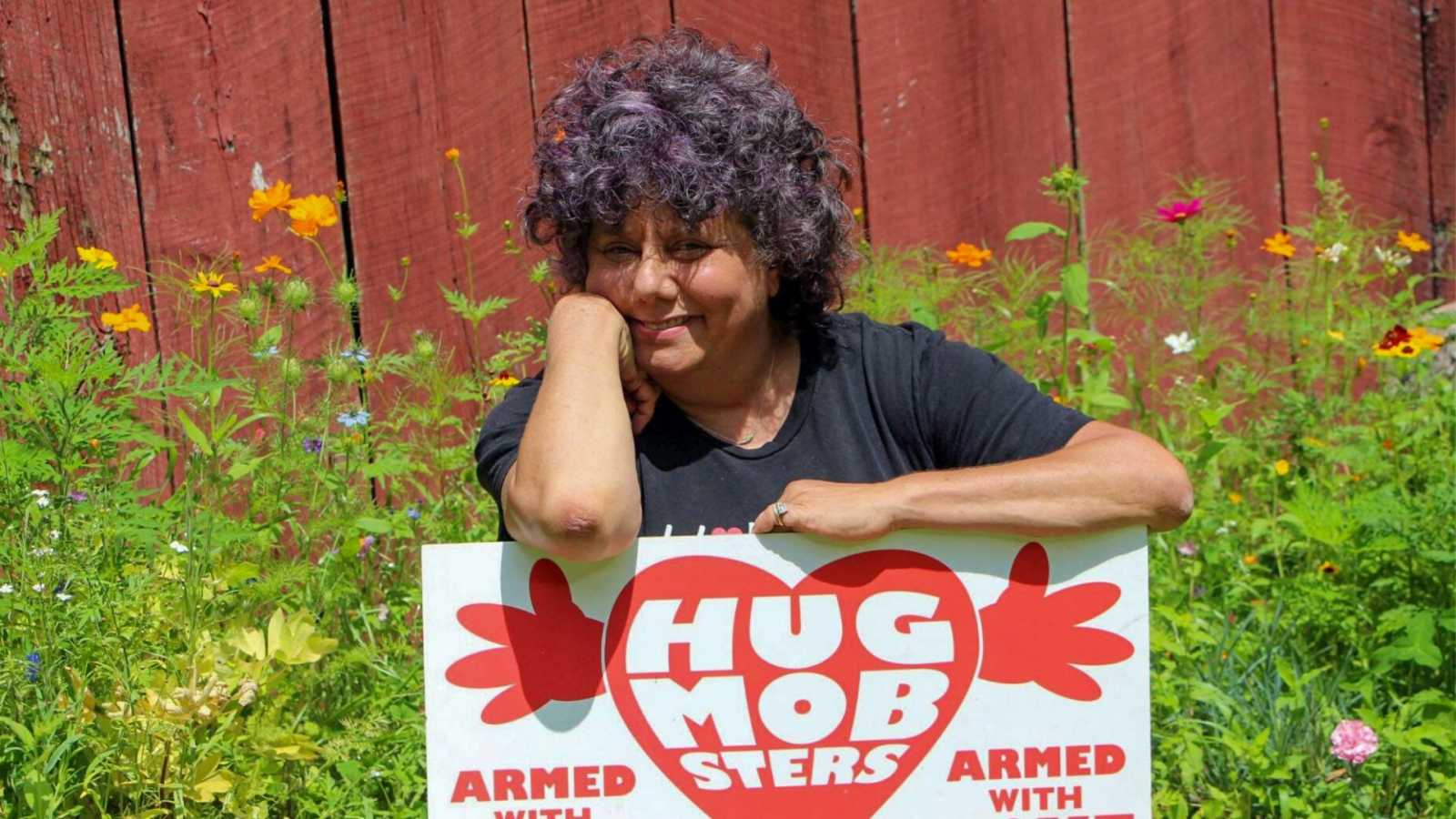 “Close your eyes and run your hands over your arms as you wrap yourself in a comforting hug. What do you feel? Since our skin is our single largest organ, it is essential that we experience nurturing touch. What can be referred to as ‘skin hunger,’ is as an important a need to feed as physiological hunger. Without it, studies have shown that babies fail to thrive. Without it, adults do as well. We live in such a touch-deprived and touch-negative society. Touch is often conflated with sex, so as not to be viewed as coming on to someone else, we may avoid physical contact completely.

According to the 2010 Census, nearly 50% of Americans checked the ‘single’ box. That would include divorced, widowed or never married. What do people do other than simply cast aside the human need for contact? Depression, anxiety, loneliness, and suicidality have become cultural plagues. The hormone oxytocin spreads throughout our bodies when we receive nurturing touch that has all kinds of physical and mental wellness implications. I like to say that ‘more oxytocin means less OxyContin.’

When I was in grad school, earning my MSW (master’s in social work), I wrote a paper called ‘Counseling Practitioners’ Use of Touch as A Therapeutic Modality’. Harry Harlow studied rhesus monkeys in an experiment in which a cloth surrogate ‘mother’ who didn’t provide food for the babies was preferred over the wire ‘mother’ who did. The second study referenced Sidney Jourard’s work as he observed the number of times people in various countries touched each other in public as they were speaking. Not a huge surprise that in the United States, people touched each other twice in an hour.

According to psychologist Virginia Satir, ‘We need four hugs a day for survival. We need eight hugs a day for maintenance. We need 12 hugs a day for growth.’ Consider how many hugs you share on a regular basis. If you live alone, work in isolation, or if the people with whom you share space are not particularly physically demonstrative, chances are, you are lacking in the essential nutrient of nurturing touch. In the family of origin, touch may have been limited, abusive, coercive or sexual. Those experiences could have shaped your adult perspective.

I was fortunate to have been raised in a family where nurturing touch was plentiful and by consent. Hugs, cuddles and massage were regular occurrences in my home and when I was a teenager, I was involved in a youth group where we would sometimes hang out together in puppy piles at weekend retreats. These days, I surround myself with folks who are touch-positive and eager to embrace. Touch need not be shared only or primarily between sexually intimate partners. It is not only possible but indeed, enjoyable to cuddle/hug with platonic friends. I have ‘cuddle buddies,’ of all genders who help meet those needs.

One of my regular activities is organizing and engaging in FREE Hugs events. I am one of those daring people who stand on street corners with a sign that lets folks know I am offering them. Most say yes, some decline and I respect that as I encourage them to hug someone, even themselves. I began doing this on Valentines’ Day weekend 2014 when I gathered a group of friends (including Greg Campisi and Susan Lewis-Kuntz) at 30th Street Station in Philadelphia, known as The City of Brotherly Love and Sisterly Affection, for a FREE Hugs Flash mob. In an hours’ time we hugged over 100 people who were making their way through. One was an Iraq War vet who told us that he was the only survivor of his platoon and he had contemplated suicide until he met us, since we gave him hope. He asked if he could join us. We gladly gave him a FREE Hugs sign and soon he was on his way, handing out hugs. Friends started calling us ‘Hugmobsters’ and I added the tag line ‘armed with love,’ to counteract the image of mobsters as violent.

In June of that year, at the age of 55, I had a heart attack. As part of my cardiac rehab, I did a lot of walking through Doylestown. Since hugs are heart healthy, I decided to combine the two activities. Now, nearly four years later, I estimate that I have hugged thousands of people on the streets of DC, NY, Portland, OR, in airports, in other train stations, at airports, at athletic events, at street fairs, in restaurants, at my polling place on Election Day 2016 and many other locales since then. In May of 2018, I hugged my way across Ireland. When I hug people, I don’t know what their political beliefs are. I encourage kindness and acceptance. Hugs bring people together across all divides.

Sadly, that came to a screeching halt with COVID 19. At a tumultuous time in history in which we most need comfort; we are prohibited from touching anyone other than those we are living with UNLESS they are infected and quarantined.

It has been a struggle for those who live alone (myself included) and miss that heart to heart physical contact. I live 20 minutes from my son, daughter-in-law and infant grandson, but I have not touched them in more than six weeks. We visit from a distance at their home and via the marvels of modern technology- Facetime, videos and photos. Over the weekend, I visited my cousin and we sat at least 20 feet from each other. Her dog Maddie had no such boundaries and jumped on me over and over as I sat in the lawn chair. We cuddled which felt marvelous. The first hug with another mammal in six weeks. I have hugged trees and hugged myself. I admit, I’m a marvelous hugger.

Since the onslaught, I have been offering virtual hugs when I see people in public, mask on. I placed signs on my car that say those words, as well as ‘We may not be able to hug, but we can still love.’ and ‘Love is contagious, spread it wildly!’

I look forward to the day when we can all embrace life, together.”

This story was submitted to Love What Matters by Edie Weinstein. Do you have a similar experience? We’d like to hear your important journey. Submit your own story here. Be sure to subscribe to our free email newsletter for our best stories, and YouTube for our best videos.

‘This is my ex-husband’s new wife Tiffaney showing up and showing out. This isn’t JUST another picture of a stethoscope and a coffee cup.’: Nurse mom praises co-parent during quarantine

‘I was pushing my shopping cart filled to the brim with children and food through the store when an older gentleman approached us. He looked straight at me and said, ‘I want to tell you something.’: Woman receives important life lesson from total stranger