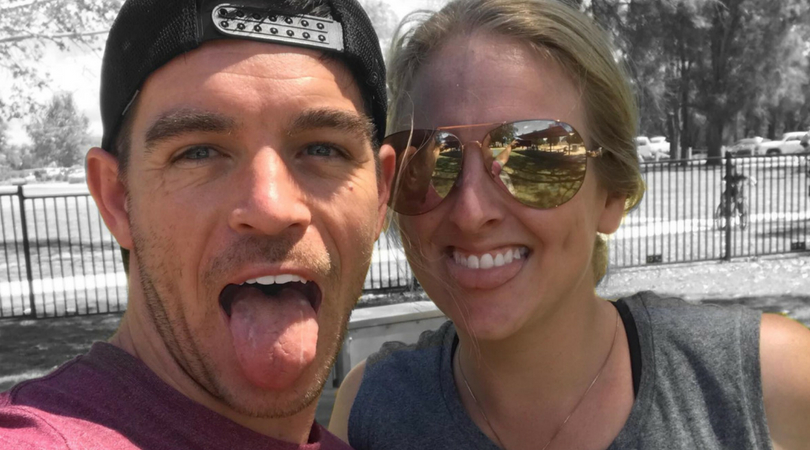 “Every now and then while we’re driving or laying on the couch she grabs my hand and says ‘I’m glad I’m with you’. She tells me she’s lucky to have me, that she’s proud of me and how much of a hard worker I am for our family.

What she forgets to mention is just how much she’s sacrificed for us and for me to be able to take the opportunities I’ve taken. How she’s backed me with every decision I’ve made and how she’s put me and my career above her own numerous times now. But she won’t ever mention that. They don’t mention that.

When we first met I was a teenager living on my friends couch. I didn’t really have a home. I‘d come from a pretty unstable childhood. I went to 16 different public schools growing up because we moved around so much and it impacted my ability to continue in further education. I was 19, jobless and hanging around some people who weren’t going to be great for my future.

But she still backed me….

The pretty girl from the nicest house in the street took a punt on the kid with nothing but a cheeky sense of humour and a wealth of ambition. We’ve been together ever since.

Because chances are you’d still have nothing if she wasn’t right there with you. I know I wouldn’t.

If you’re ever feeling a bit too big for your boots; just think back to who you were when she first said she loved you. If you were nothing before she came you’ll be nothing when she’s gone. Don’t ever forget it.

I think I’m the lucky one here.”