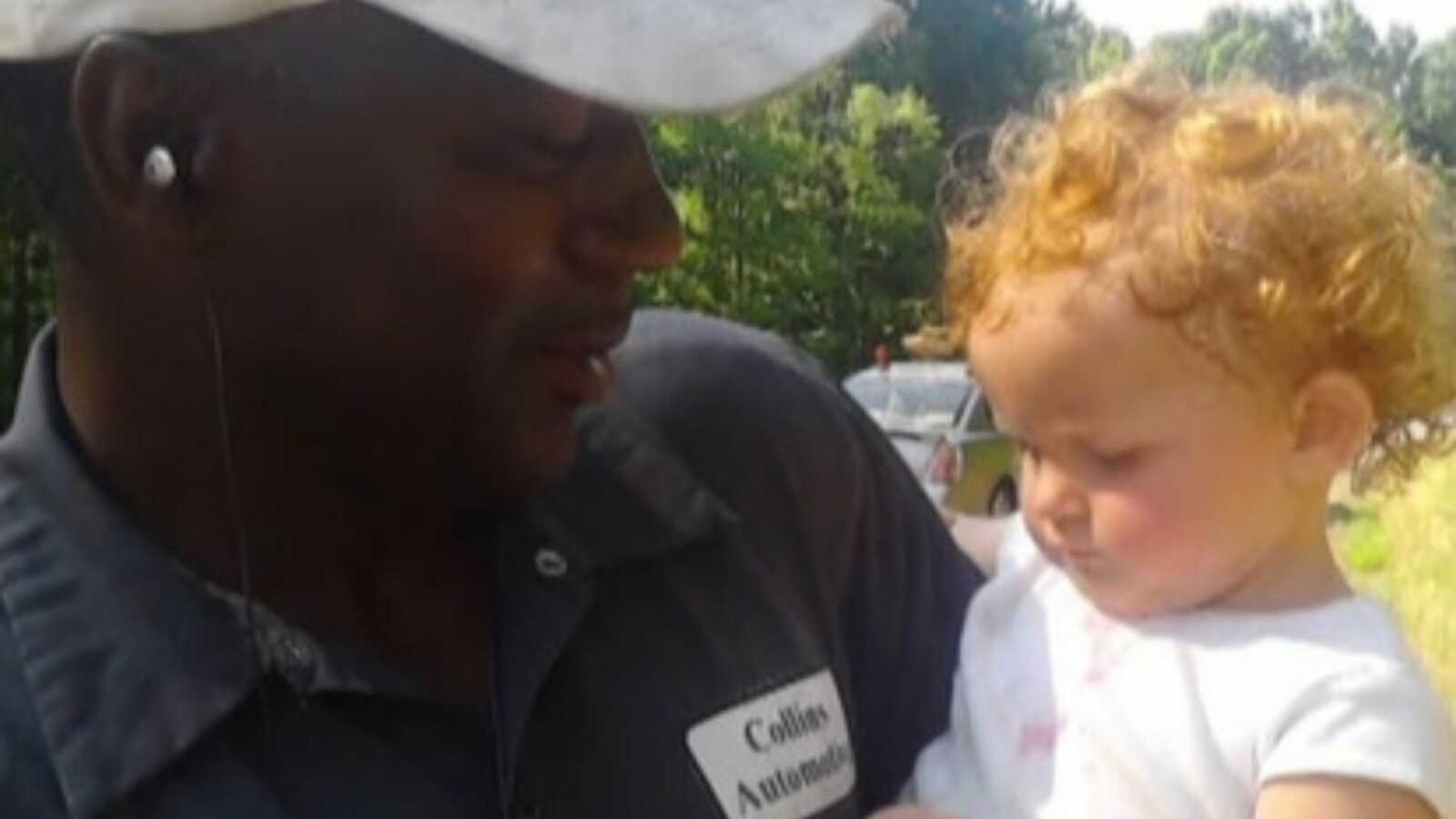 Bryant Collins may not consider himself to be a hero, but we think he fits the definition perfectly.

This Georgian mechanic was having an ordinary day, driving down Highway 72, when something unusual caught his eye. It appeared to be a baby making their way toward the road… and they were getting very close.

Despite what he saw, it was very hard for him to believe it.

“I didn’t think it could even be a baby at first,” Bryant said. “How could it be a baby out here in the middle of nowhere? But at the same time, while I’m thinking that, my foot is mashing the break so fortunately, thank God nobody was behind me because this is one of the busiest highways in the area, if not the busiest. By the grace of God, there was not even a car coming either way.”

After checking to make sure that the baby was okay, he called 911. It would take the police two hours to find the girl’s parents but, during that time, Bryant stayed around to help take care of her.

“The baby started crying. Then I turned my phone on and let the baby listen to some gospel music, and she calmed back down,” he said. “I know gospel music calms me down.”

Once the parents were located, police learned that their baby girl had escaped out of their front door when they briefly left the room, leaving their 12-year-old in charge. Their baby would then go on a 300-yard journey through the woods, down an embankment, and into the highway. Miraculously, she was unharmed.

After such a terrifying trek, there’s no doubt that Bryant was an incredible source of comfort for the lost baby. But as comforting as it was for her to have Bryant around, the time he spent bonding with her meant just as much to him, too.

“She looked at me like she knew me or something,” he said.

There was a point in Bryant’s life where he never would have expected to be called a hero. Years ago, he was sentenced to 10 years in a federal institution for manufacturing cocaine.

But after a lot of reflection and hard work, Bryant can now proudly say that he’s been clean for five years.

“It made me feel good that I could, you know, be in society and do good,” he said. “Just as well as you can do bad, you can do good.”