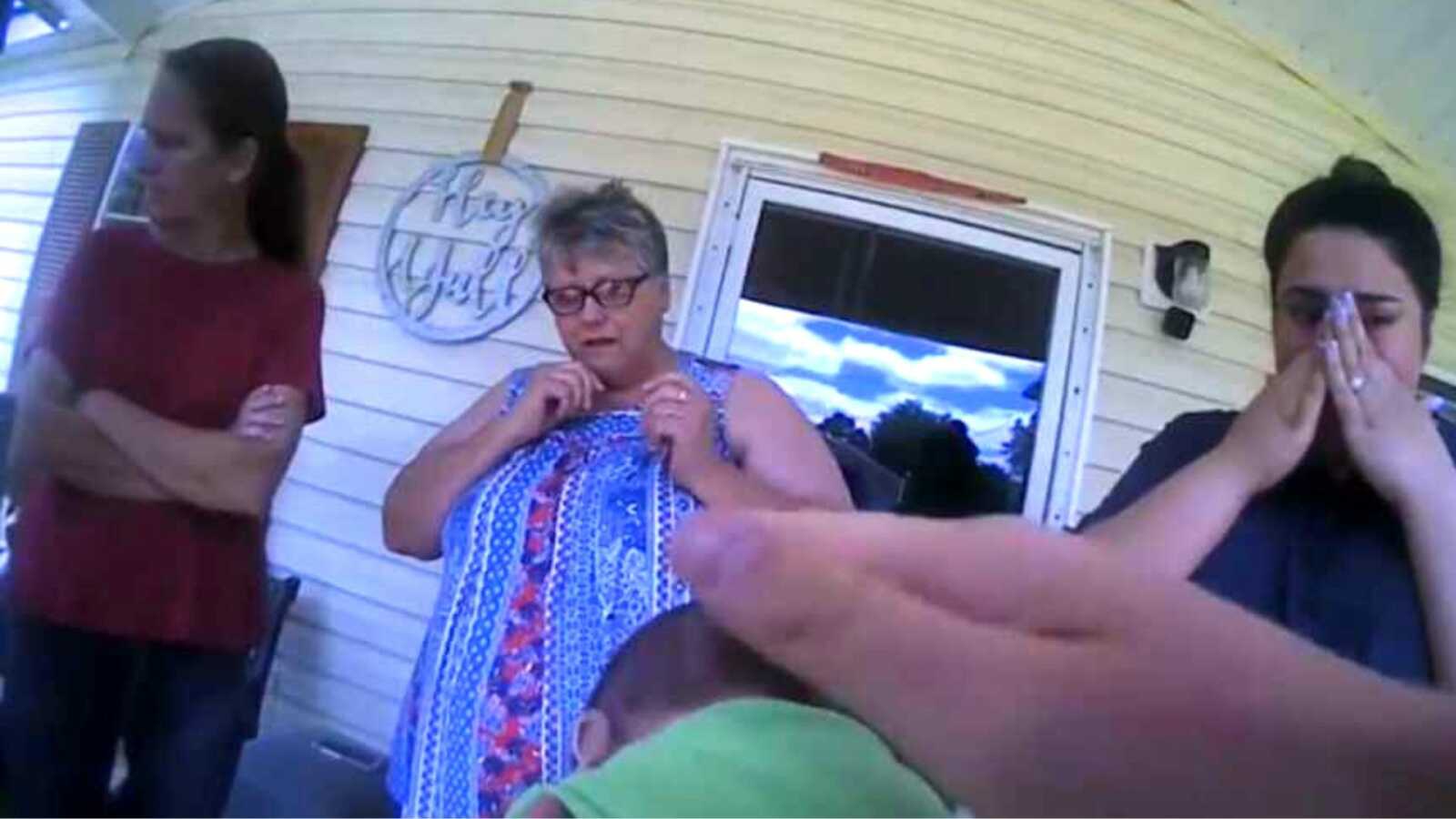 It’s easy to forget that underneath the uniform and badge, police officers can be just as startled by emergency situations as anyone else. The difference is in their training and willingness to run toward danger instead of away!

Officer Cody Hubbard is the newest member of the Pottsville, Arkansas Police Department.

At just 23 years old, Cody is most definitely considered a “rookie,” yet when it really counts, he’s more than capable of coming to someone’s rescue. He recently proved that fact when he was called to the home of Joe and Katelin Chronister.

The Chronisters’ 3-week-old infant, Grady, needed medicine to ease his stomach. As Joe administered some drops, he was shocked when the little boy started to choke on them.

“We were trying to give Grady his medicine… and he was taking them just fine,” Joe explained. “Right towards the end, he started choking.”

The dad really started to panic when his son turned “purple” and stopped breathing, and the Chronisters frantically dialed 911. A few miles away, Officer Hubbard received the call and turned his cruiser toward the Chronister’s home. He said he was “freaking out” the whole drive over, praying he would be able to help Grady and his family.

The cop’s bodycam footage tells the rest of the story. He arrived on scene and marched up to the porch, where Grady’s anxious family had gathered. Grasping the infant, he gave him several hard smacks on the back. The baby began to sputter almost instantly once the drops were dislodged!

As Cody worked, he thought of his own daughter. “Whenever I rolled up on this call, anytime I deal with something that involves a child, I think about how the parents would want me to treat the child as if it was mine,” he said.

Once Grady was breathing normally, he was checked out by a doctor. The baby is expected to be completely fine, and it’s all thanks to the actions of this quick-thinking cop and father. Still, Cody said the situation was so stressful that when he got back to his patrol car, he turned off his bodycam and had a good cry.

“I started just kind of bawling because, you know, it felt good to see how that turned out,” he explained. “Mentally, I just broke down. I was crying, but it was happy tears.”

Cody will receive a lifesaving award thanks to his heroism that day, and he’ll forever have the gratitude of Grady’s family. Something tells us that seeing Grady take those first breaths was reward enough for this officer!

What a relief! See him in action in the video below.

‘You’re in the area to buy crack.’ I was alone on the side of the road, my beachball-sized belly hiding under my dress.’: Woman shares encounter with police officer, ‘I felt I didn’t belong’

‘He had to learn how to ‘read’ tattoos. He started vomiting before every shift, always locking the doors and closing the curtains. He became suspicious of EVERYONE.’: Wife shares husband’s PTSD from job as a correctional officer, ‘It changed him’

‘I was waiting at a red light when I lost consciousness. I called my Sergeant. ‘I’ve been in an accident. Something isn’t right.’: Officer credits rottweiler for saving her life post-traumatic brain injury

‘Everything I set out to do in my career was pointless. I held this innocent baby, and I knew there was hope.’: Police officer shares touching encounter that ‘restored’ his purpose