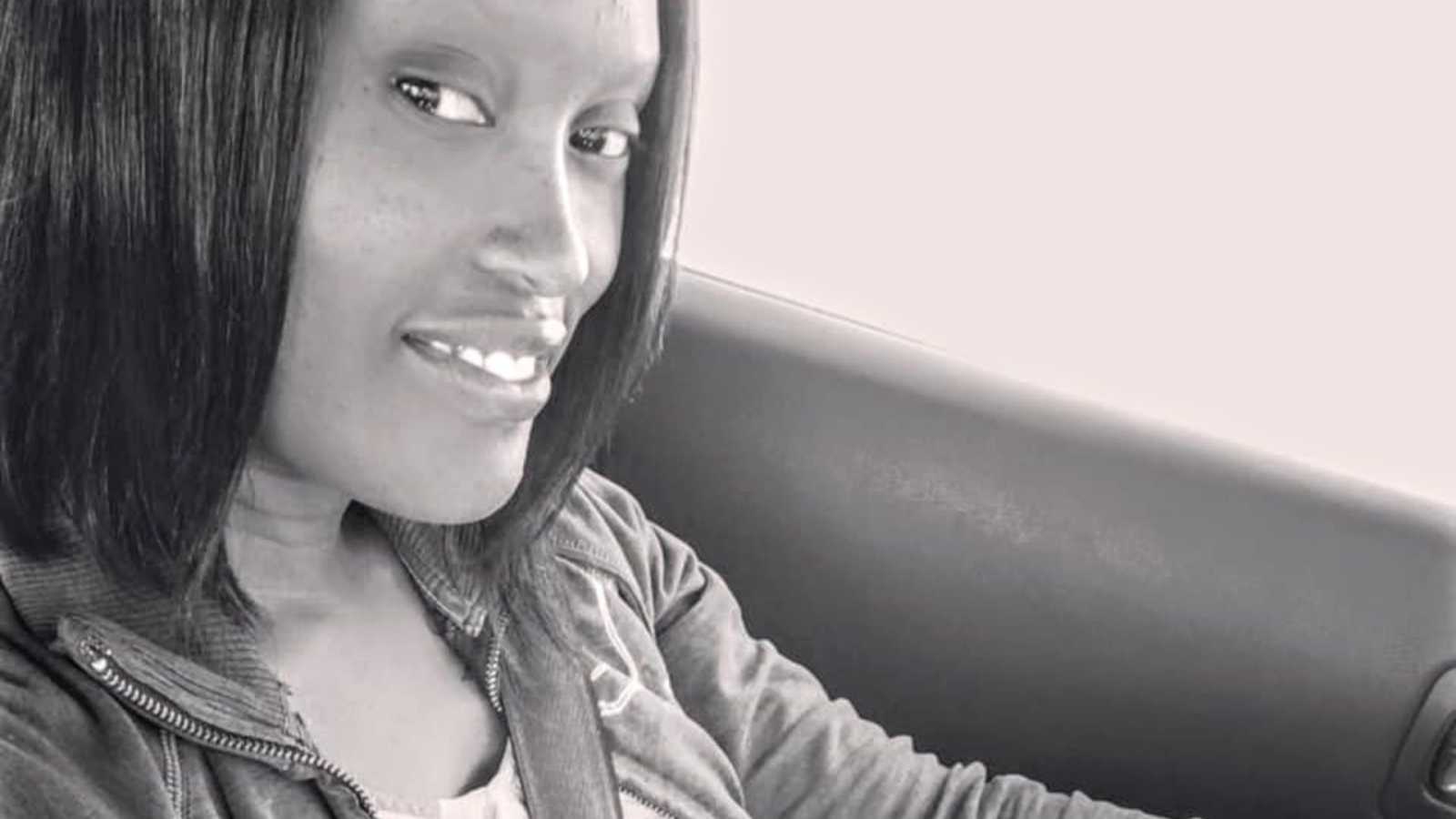 “In December 2017, I was finishing up grad school and nearing the last weeks of my final pregnancy when I made a right turn on red.

I saw the blue lights turn on as soon as I made the legal turn, but I assumed I had done something that equaled an infraction.

The officer delivered the standard ‘license and registration’ and proceeded to question me on why I was in the area. I informed him I was going to my internship, but he continued to badger me with questions about where I belonged and why I was there when my license is from a few cities over.

I wanted to be sarcastic and tell him that’s why cars were invented, to go from one place to another. Or perhaps if I felt safe, I would’ve joked about his line of questioning, but I didn’t feel safe.

I was alone on the side of the road with my center of gravity thrown off by the beachball-sized belly conspicuously hiding under my dress.

He accused me of being in the area to buy crack, and when I directed his attention to my very large stomach, he replied, ‘Pregnant people smoke crack all the time.’

In that moment, my blood boiled. I had never done drugs, I don’t even drink. How could someone who is supposed to protect those in the community be misguided enough to believe he’s doing his job by harassing a obviously pregnant person on the side of the road?

He didn’t care what I said. To him, it was an excuse and not reality. In his mind I was in the area to buy drugs because that’s what people like me do, apparently.

For some reason he could not reconcile that me, a small-framed, articulate, intelligent woman who happened to be Black could be in a predominately white area to further her education. That couldn’t possibly be the truth, but it was.

I did nothing wrong, and he knew this, so he had no choice but to let me go, though I do wonder if the outcome would’ve been the same had his dash cam not been on.

I drove the rest of the way to my internship site and he followed closely behind and parked, waiting for me to waddle into the building.

What I cannot change is my race, so I sought another answer.

It was a very sweet, very Christian lady I worked with who’s face turned five shades of red as she rushed to get up fast enough to catch the officer to tell him what she thought. She told me it was because I was Black.

I sat with it quietly and brushed it off. Telling her it was fine and I was fine. It wasn’t fine and neither was I. I was hurt, and once again felt like I didn’t belong in the country I was born into.

This isn’t new to me. Some days I have the energy to speak up in the moment and sometimes it’s easier to pretend I didn’t hear or didn’t understand. Sometimes it’s safer to be quiet.

But it shouldn’t be this way. No one’s safety should be dependent on how quiet they are and comfortable they can make other people.”

This story was submitted to Love What Matters by Jacalyn Wetzel of Stop Yelling Please, and originally appeared here. Submit your own story here and be sure to subscribe to our free email newsletter for our best stories.

‘My oldest son has said, ‘The school officer treats the black kids meaner. It gives me anxiety.’ I’d never tell you that at the ripe age of 14, my son ‘fits the description.’: Mom says ‘my mama heart breaks for reasons you’ll never fully grasp’